Do you hear that? It’s the ghost of Dempagumi.inc’s greatest hits bubbling to the surface for their latest promotional video, “WWDBEST”. You will hear the familiar musical catch phrases for much of the group’s single discography throughout the PV. Also, your eyes are treated to a bit of a mish mosh of he group’s video discography. Just like it sounds on paper, “WWDBEST” is a glorious mess. While that doesn’t sound like much of a compliment, that descriptor I think accurately describes much of what transpired over the last 8 years with Dempagumi.inc. Like it or leave it, love it or loathe it, you can’t deny Dempagumi.inc’s presence in an idol world that’s grown increasingly eccentric. You will find “WWDBEST” on Dempagumi.inc’s 3CD “best of” set, “WWDBEST ~Dempa Ryoko!~” on sale December 21, 2016.

Rewind +
To answer your main question: this is a clever idea, but I don’t think I like the song as much as the originals from which the sounds of WWDBEST were pinched. The girls look great in this PV, though. I’ve talked a bit about Mogami Moga’s attractiveness before, but all six of the girls really upped their game for this release. 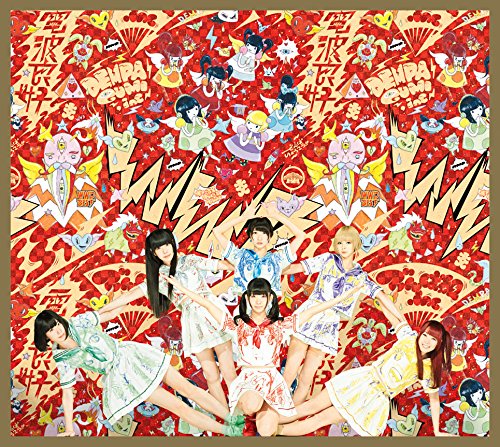 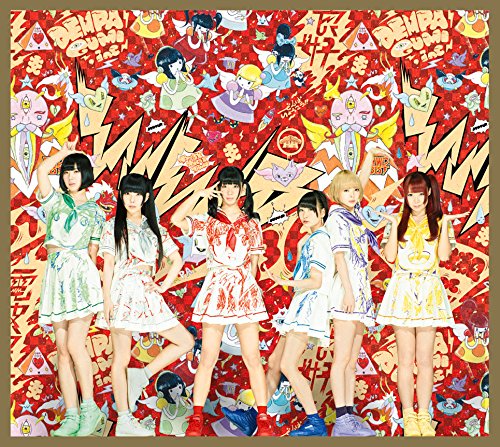 Rewind +
I’ll just admit right now that “Koi☆Kira Mekesion!!!” isn’t going to go down as my favorite SUPER☆GiRLS song. I like the disco sounds, that’s always welcome. The slinky sequined dresses are form fitting, unforgiving, and ultimately flattering for these girls. But, unlike previous releases, I’m not a particularly a fan of the choreography. There’s some really awkward movements going on there. My friend had a great reaction: “that thing they’re doing there- it looks like they’re trying be thug life but are too cute”. The other thing you’re going to notice here is Asakawa Nana getting pushed right to the font and center in the most unsubtle way imaginable. If you follow my twitter, you know how I feel about Nana (I want to see more of her, but I don’t necessarily want to see MORE of her). If I am to be honest, her push makes me feel a bit uneasy since I’ve always like seeing SUPER☆GiRLS function more as a team than a couple of girls + a cast of supporting characters. In other words, I don’t want to see the group become “Asakawa Nana et al.” But, I still want to see lots of Nana. This puts me in a bad position. 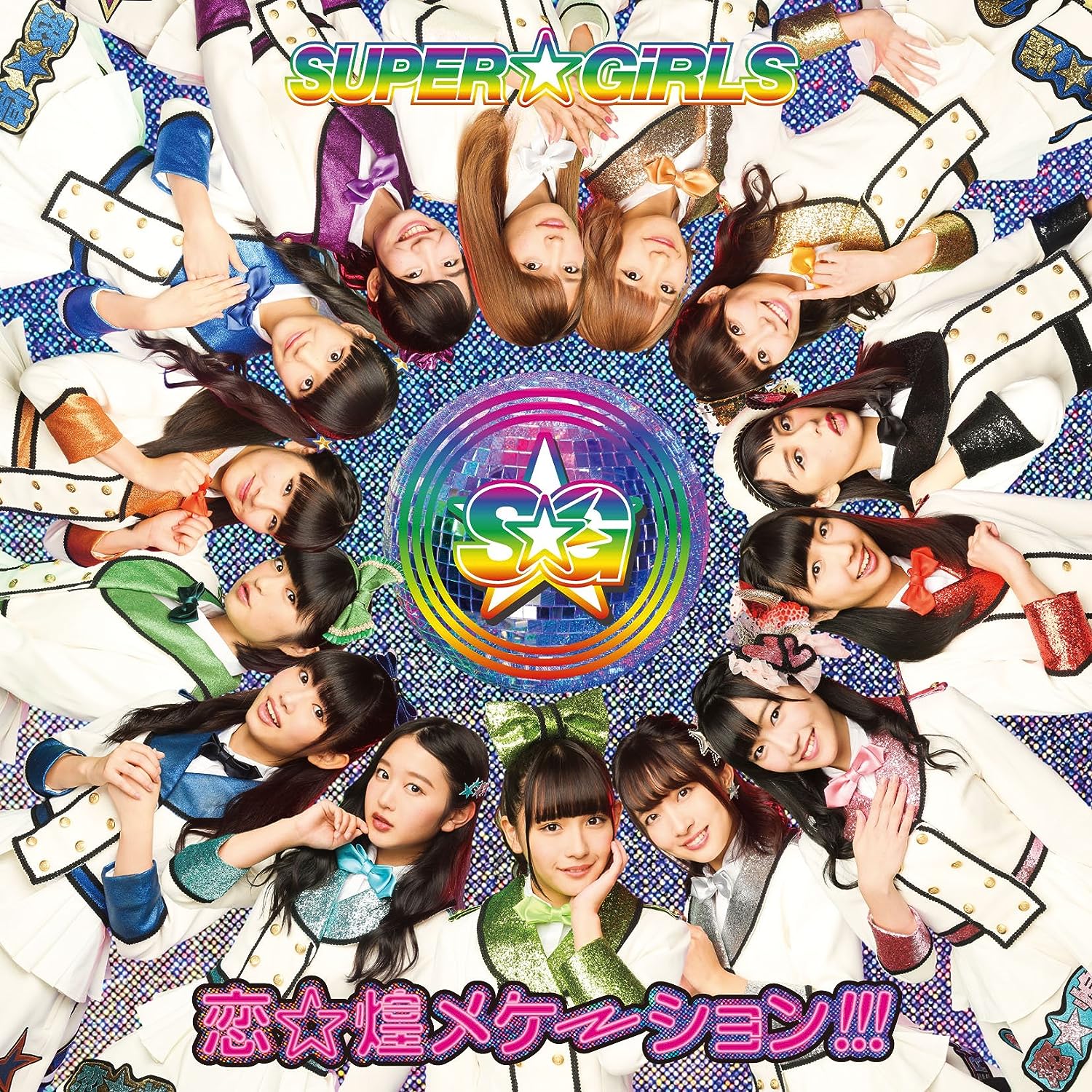 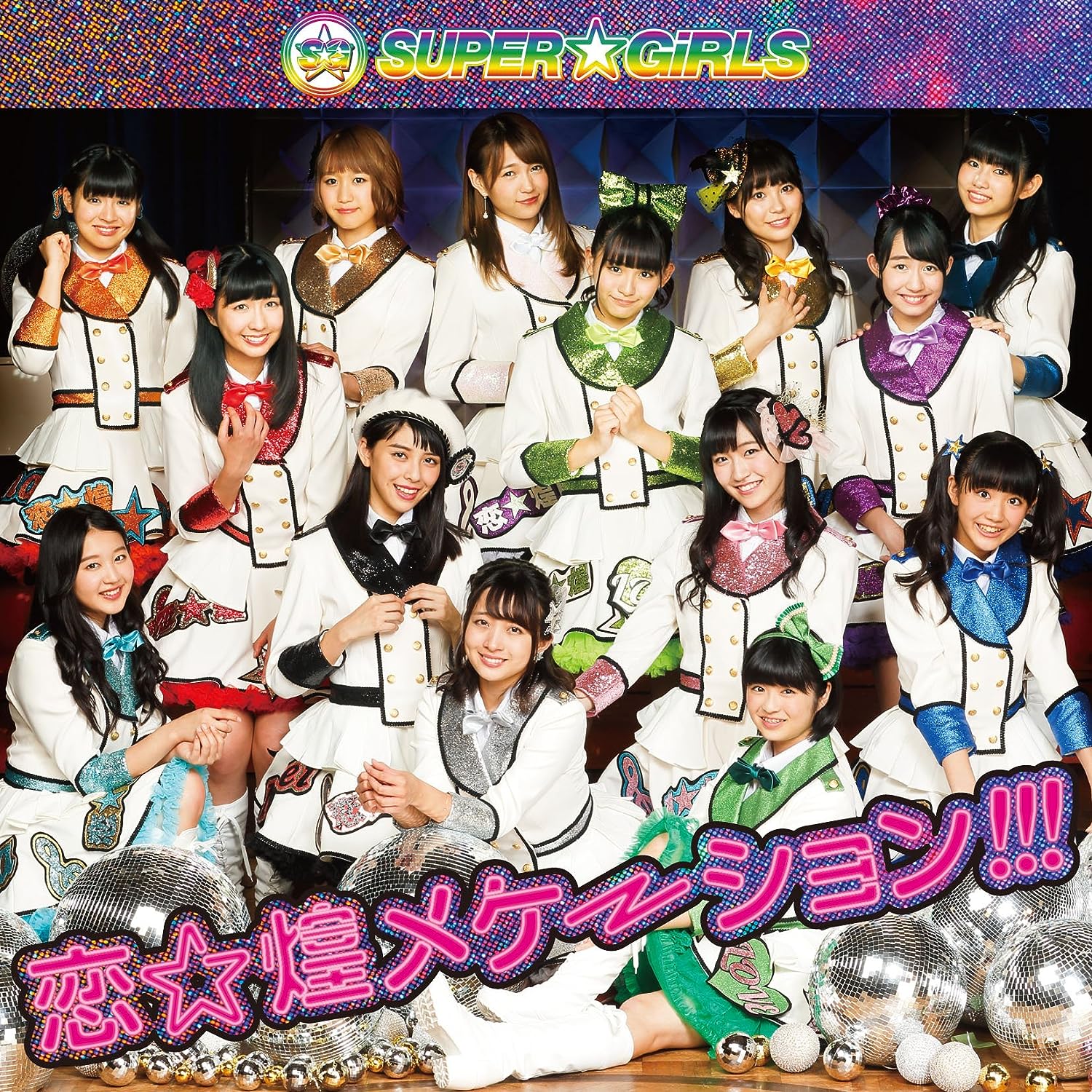 Rewind +
This album track from the Shiritsu Ebisu Chuugaku greatest hits album sure has a lot of Razor Ramon RG. I guess that’s fine, but I’m really here for Ebichu, and most of the footage of the group consists of the girls with behind the mic in “making of” style. It’s not particularly gripping, so “Real Aru Aru Ganbatteru Tochuu” doesn’t crack my top Ebichu PV list. And, That’s OK. 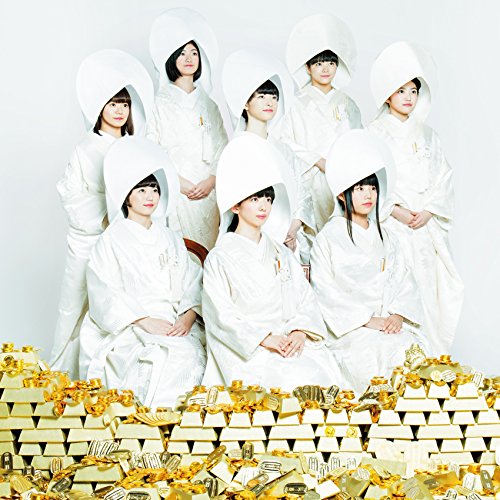 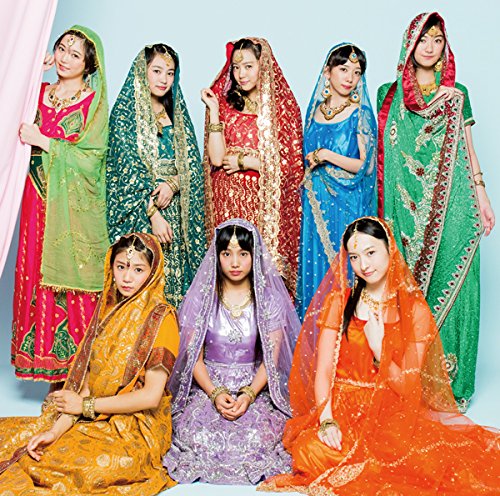 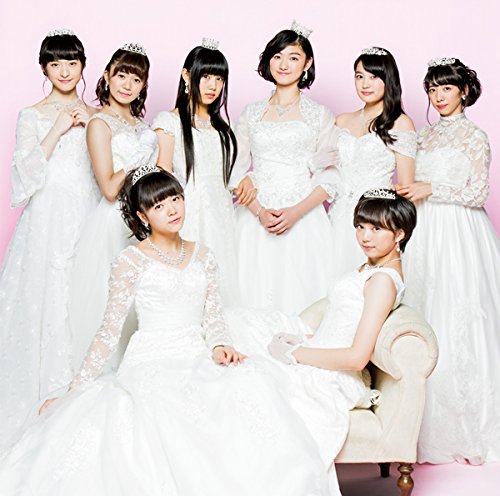 Rewind +
Speaking of clever PVs, you wouldn’t know from watching “True Love”, but you have here a multidimensional video. Every time you see the lovely Ai lift up her phone, the recorded message was relayed to some social media. It’s a very interesting idea, but it doesn’t particularly make for good viewing on this end of things. Luckily, Shinozaki Ai is a pleasure to look at. And, before I make the mistake of speaking only about Ai’s looks, this girl has the pipes to become one of the great singers of her generation of J-Pop. The song? Actually, I really love it. “True Love” drives along with an insistent beat. The song strips down to little more than the beat, Ai’s voice, and some string accompaniment. All of this smartly puts the focus on that great singing voice. 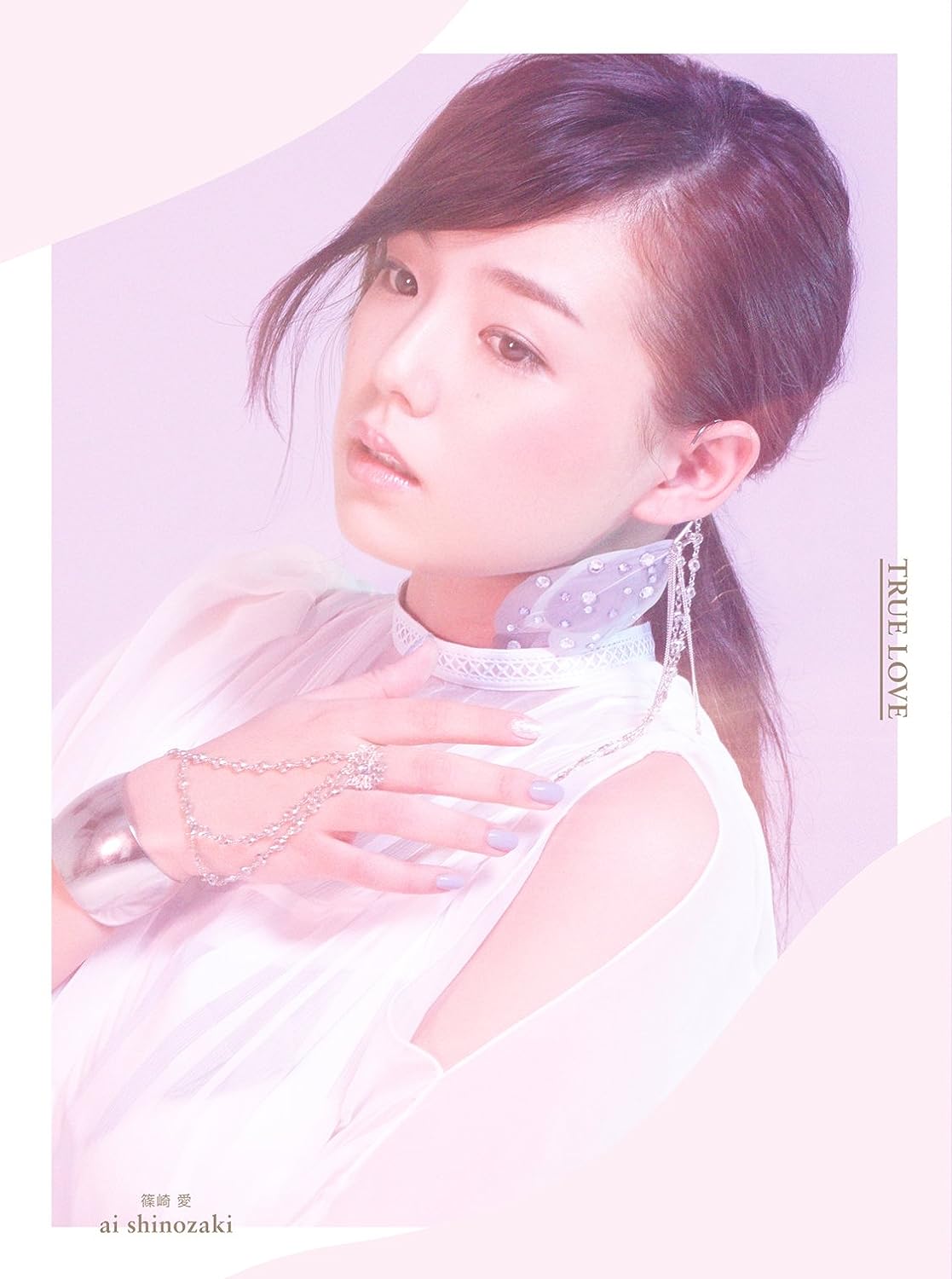 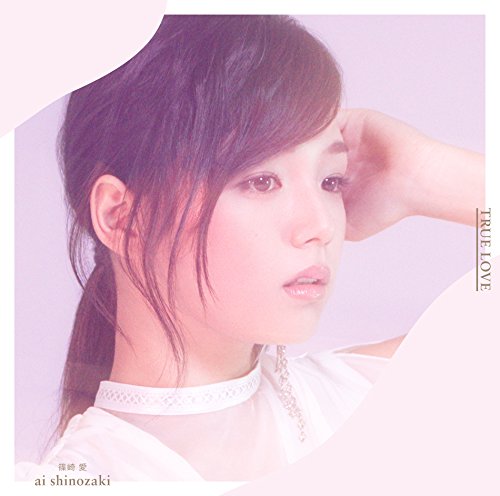 Predia comes strong with their 5th single promotional video. The guitars have serious muscle, the girls sing like dinner’s on the table, and the choreography’s sharper than the steak knives on the placemat. The strong honey gold motif gives way to some sexy black leather midway through the video, and I’m not sure which outfit I find sexier. With little more than some great costumes and dramatic lighting, “Kindan no Masquerade” manages to hold interest- maybe it’s all the shots of the girls eating honey-dipped fruit. More than anything, there’s real attitude dripping from every one of “Kindan no Masquerade’s” many synthesizer licks. In particular, I love the way the vocals explode to start the B melodies. BOOM! You can buy predia’s “Kindan no Masquerade” on January 25, 2017.

Rewind +
Something always falls through the cracks, and this week it was predia. Listening to “Kindan no Masquerade” now, the song does have great urgency. And, MAN those shots of the hands dripping with honey are incredibly suggestive. I’ll see if I can get around to adding this song to a playlist. 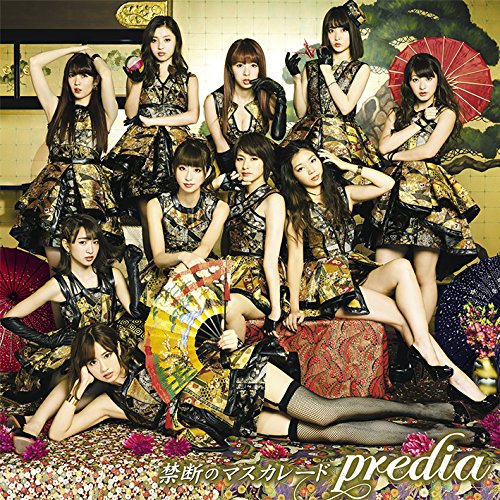 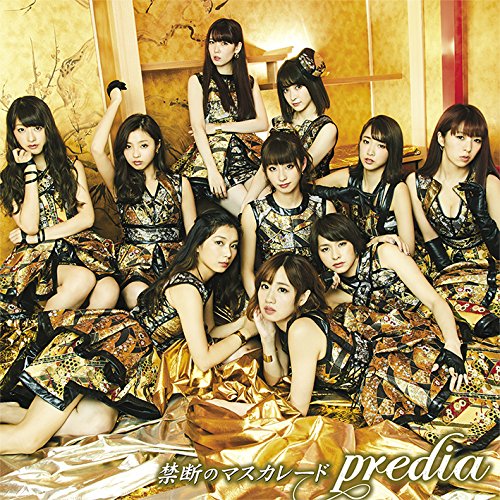 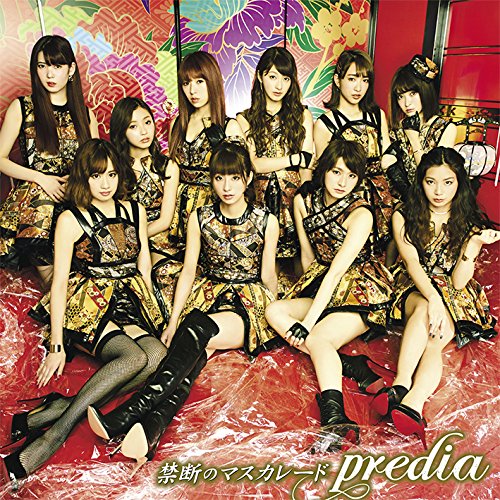 Rewind +
Moso Calibration’s 3rd single looks like the clever thing, doesn’t it? Most of the PV is shaped like adverts for fictionalized products. I could suggest that the PV serves as a dry run for the girls’ eventual break into the TV advert department, but that’s not necessary. What’s nice about the structure of “Bang Bang No. 1” is the girls get to try their hands at a few different styles and looks. I like the outfits: you can’t really go wrong with monochrome and gold accents. The song also has a nice intensity to it, and this helps things along greatly. However, that disconnect between Moso Calibration and me still exists, but that gap is closing rapidly. 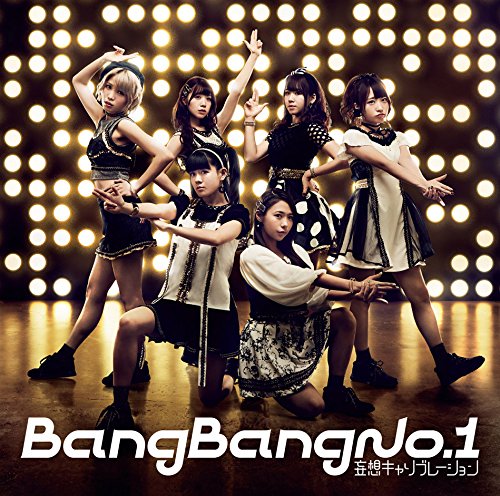 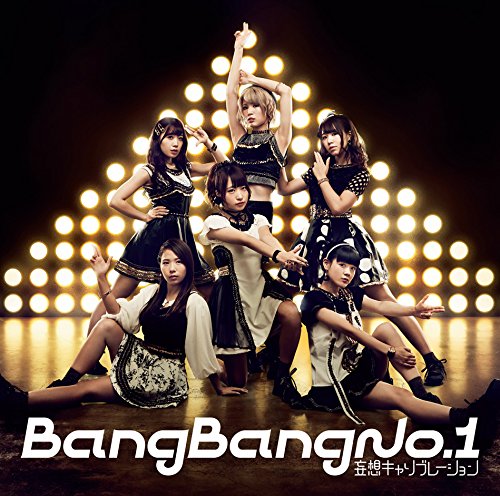 Well, the “Image Video” for Especia’s latest release doesn’t give us much to chew on. The funky keyboard strains and popping bass gives the impression of a great retro inspired sound without sounding actually retro. The promotional video is cinematically shot with the three girls of Especia strolling through slowly through a landscape that looks like it could easily be in the hills behind by house or the sand dunes just beyond (the California plates on the Jeep Cherokee seen on their promotional images doesn’t dispel that illusion). We also only get a snippet of a hooky chorus with overdriven guitars. All put together, “Danger” is a sophisticated song and PV that looks as slick as it sounds on wax. I’m left with the yen to hear more of this release, which may be the point of this PV, right? “Danger” hits records store shelves on December 7, 2016

Rewind +
We’re going to talk about “Danger” more next week, so I’ll save it until then. 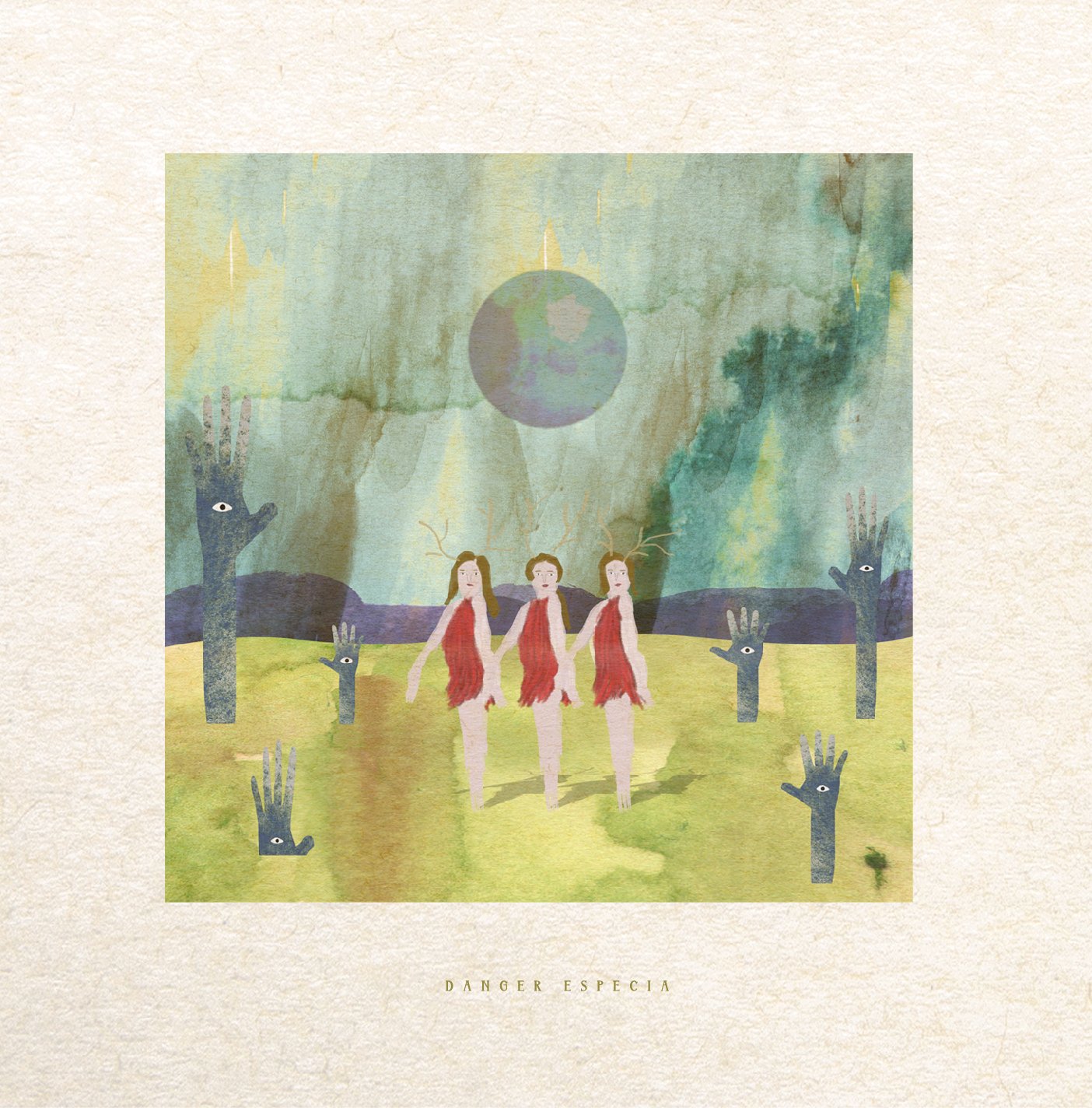 The girls of X21 have something for you. “Kagami no Naka no Parallel Girl” has the girls in matching denim and black shorts in this promotional video that’s part video within a video and part mysterious girl on the river. There’s a fair bit of the girls seeing themselves reflected through the studio monitors in between takes, which speaks to the songs lyrics. As expected from the group of finalists of the 13th Japan Bishōjo Contest, the girls featured here are all very pretty as they lean on each other to produce their best product here. Even with the 4.5 minute running time, this is still the short version of this PV, so I have yet to see how everything wraps up. I guess we’ll see what happens when “Kagami no Naka no Parallel Girl”, the ninth single from X21, hits stores on December 21, 2016.

Rewind +
There’s something about that X21 that draws me in. The girls they put out in front are really cute, and that’s part of it. I haven’t seen the full version of “Kagami no Naka no Parallel Girl”, so I’m curious about how it all ends. 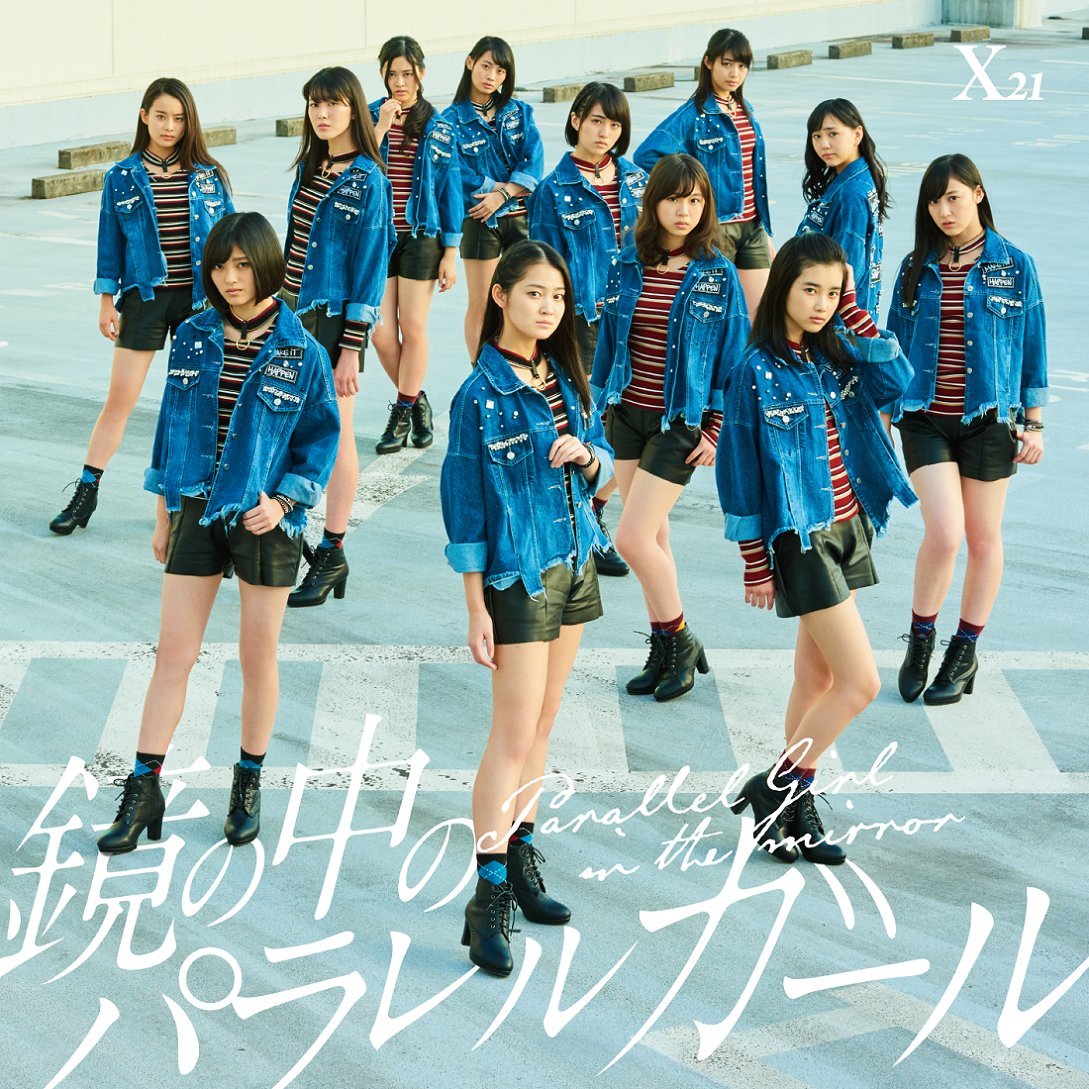 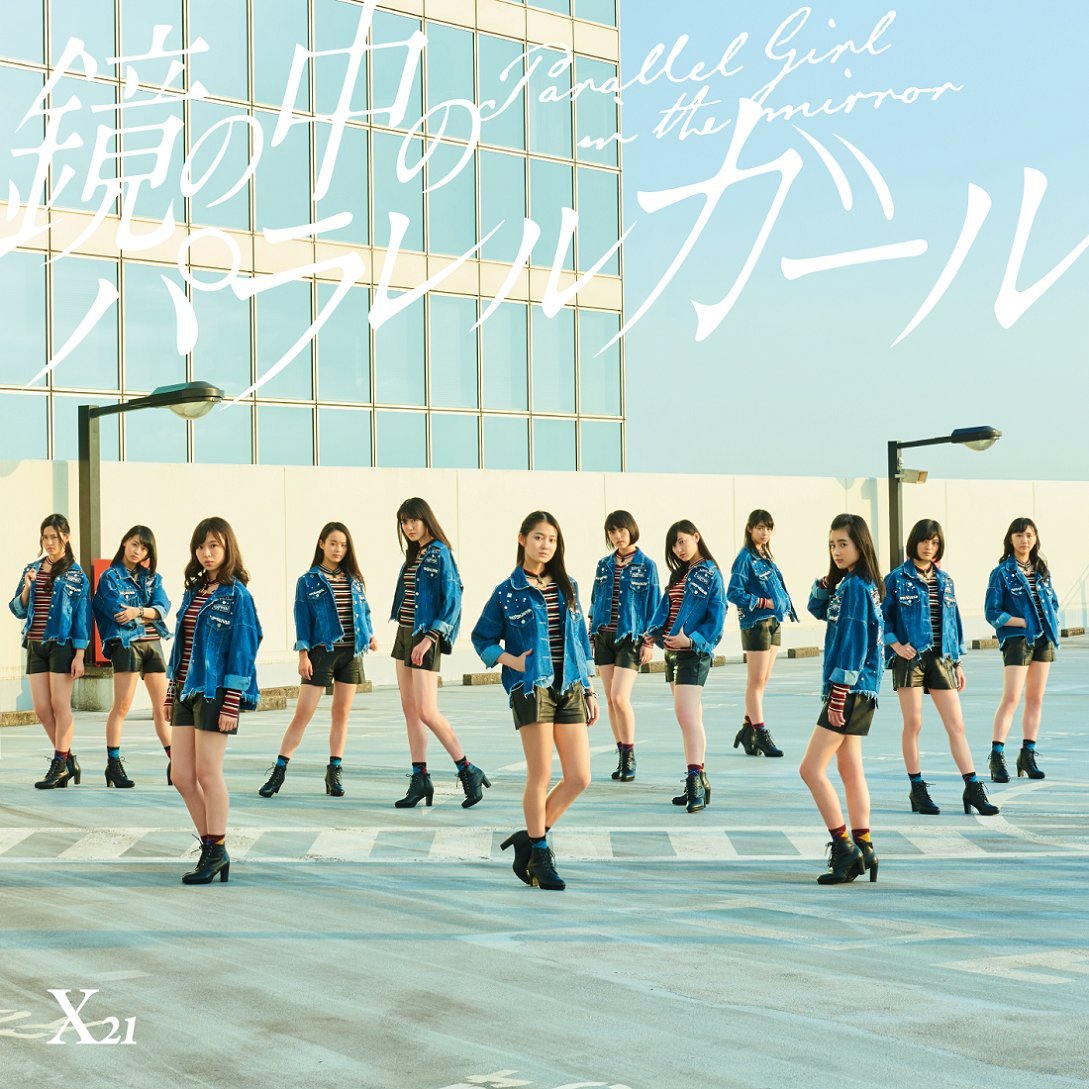 Review +
Ayase Reina, Hayami Sae, Akinami Ai, Ikenaga Yuri wait a bit impatiently at the airport for a tardy Sawai Rina as they catch a plane to Honolulu. In this late arriving summer promotional PV, the girls immediately hit the beach in their bikinis (which is probably the sensible thing to do). Let me say that these “delightful enchanting lovely angels” really are lovely and perfectly suited for the Waikiki hijinks. As you may guess, “Natsu Taiken Monogatari” serves triple duty as a promotional video for this August release, a video document for the girls’ visit to Honolulu where they participated in both the 23rd Honolulu Festival and the Honolulu Rainbow Ekidan 5K Relay, and a showcase for the groups’ (ahem) talents. Musically, nothing in “Natsu Taiken Monogatari” is going to really rock your world with its innovation. But, the uplifting song has a nice chorus and isn’t going to offend you. This release does make me a bit curious about the group, since I just spent the last hour researching the group, the Honolulu Festival, and the Honolulu Rainbow Ekiden 5K. I’ll also say the shots with the girls in yukata for the fireworks display are welcome visuals. I know there’s an 8th single from dela coming soon, so I’ll be looking into that one, too. 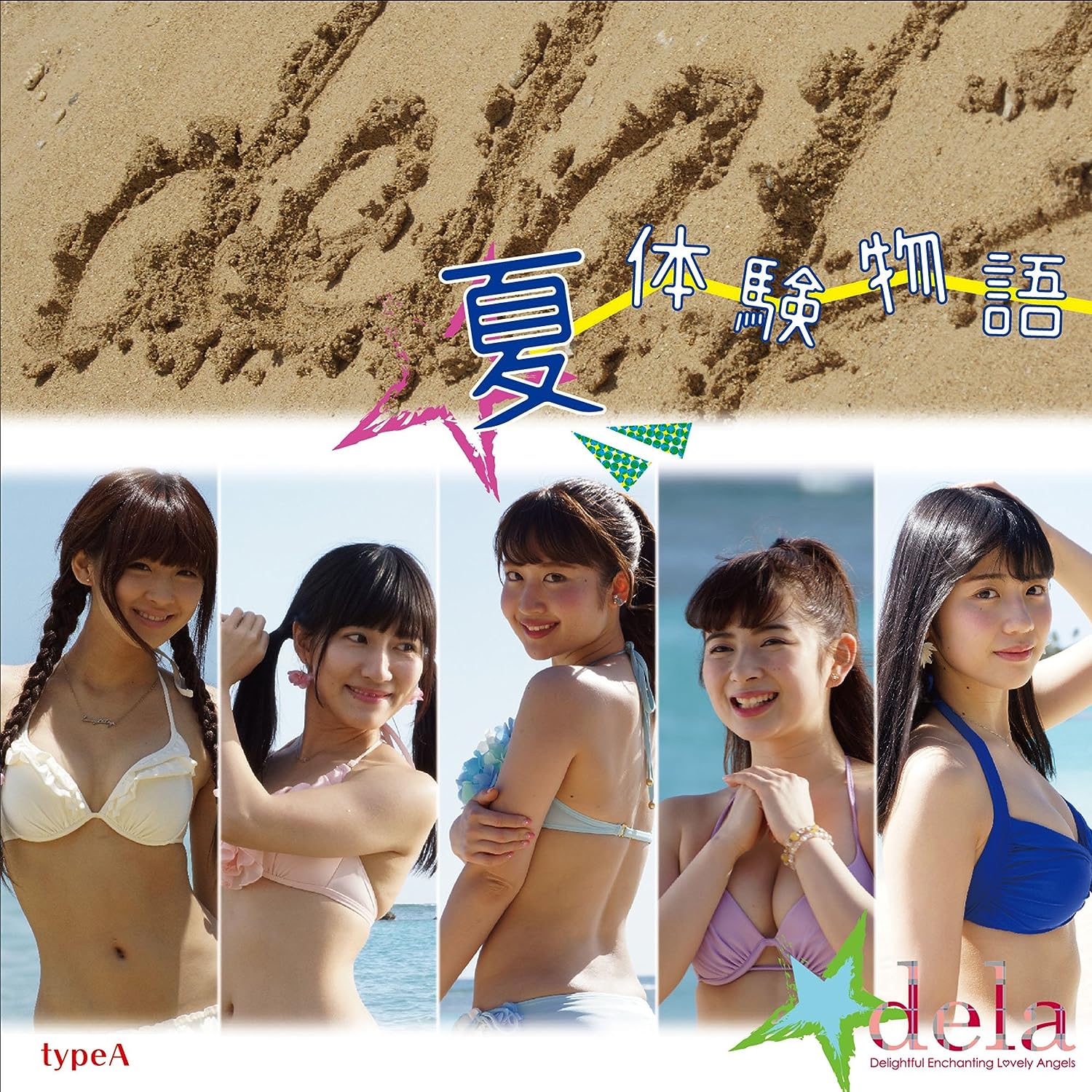 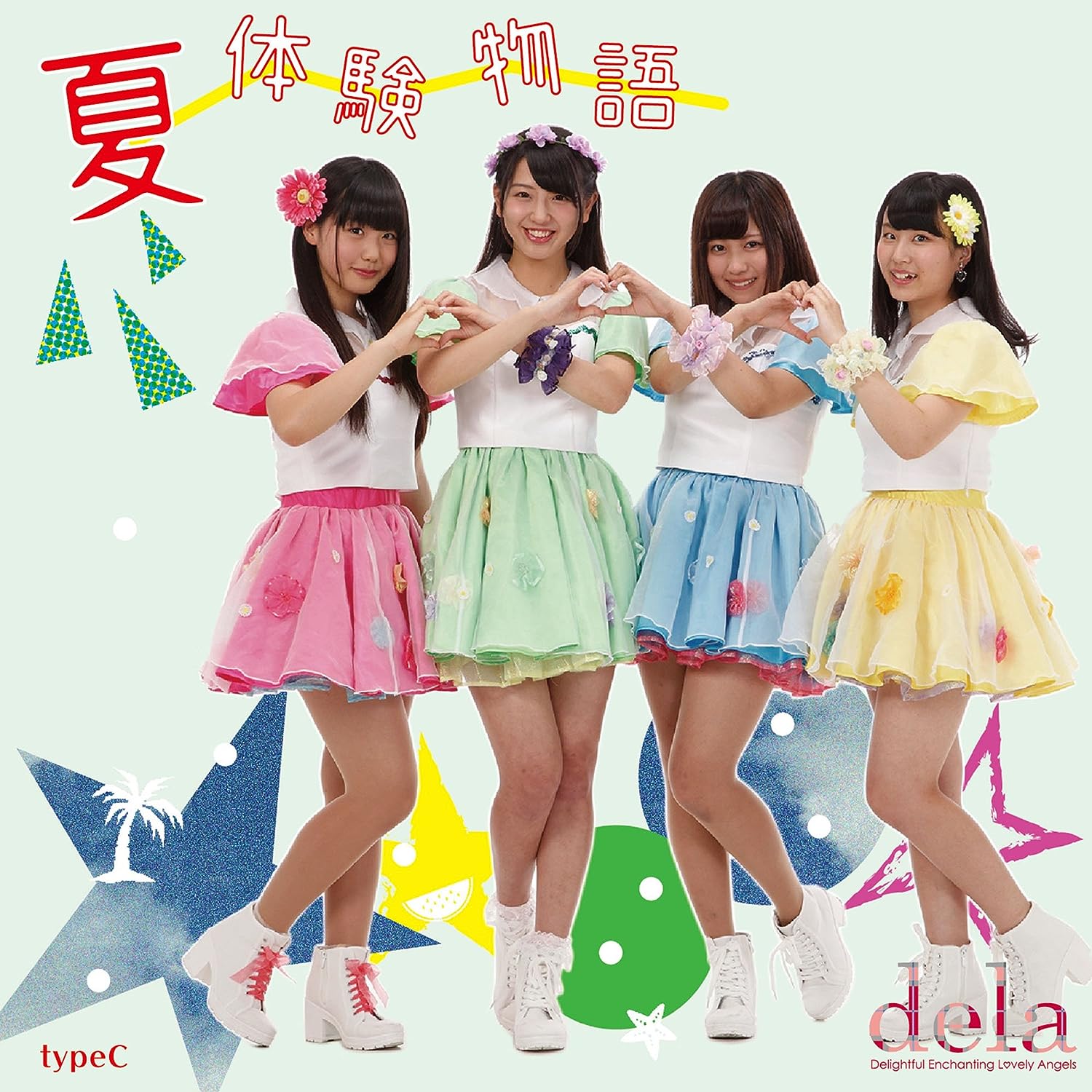 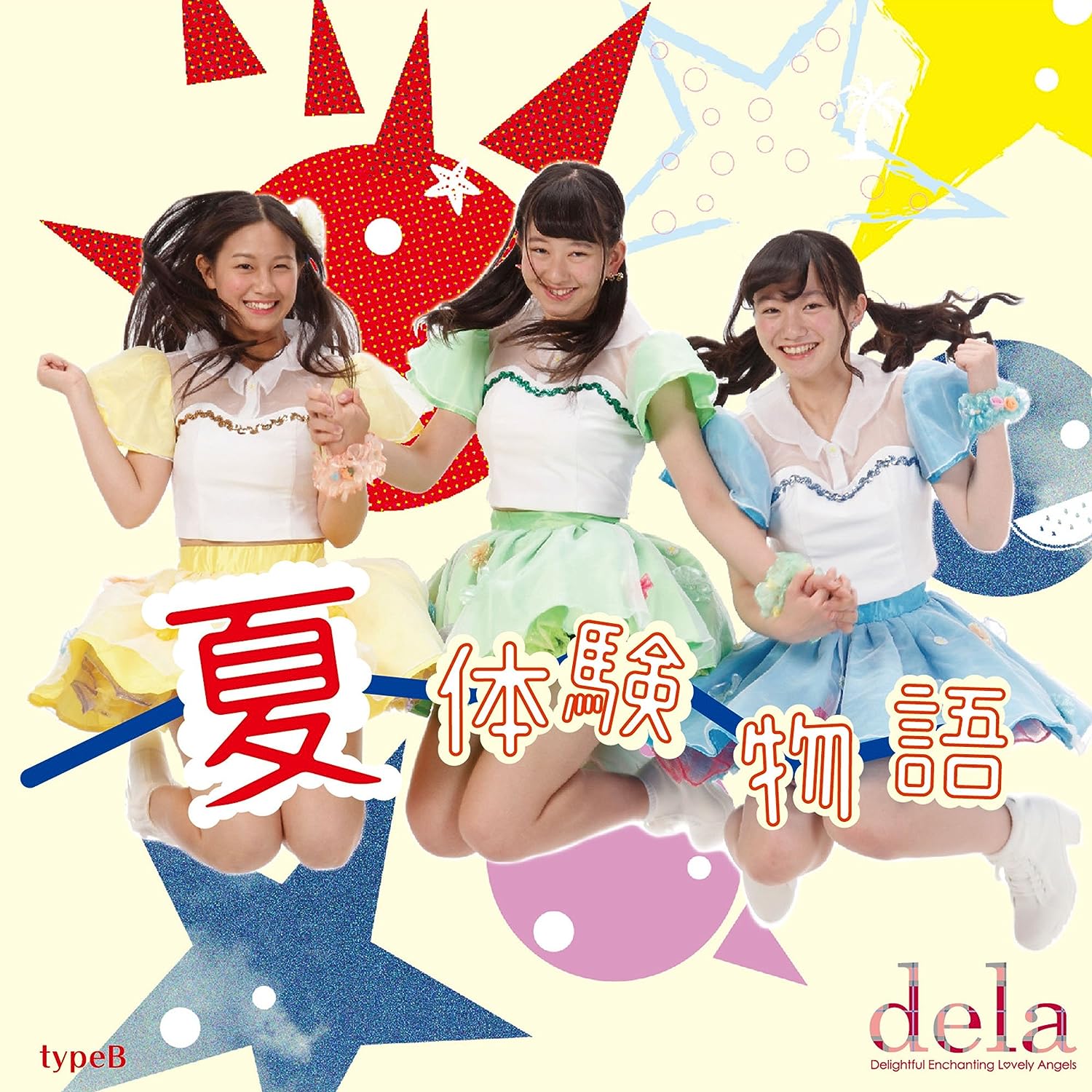 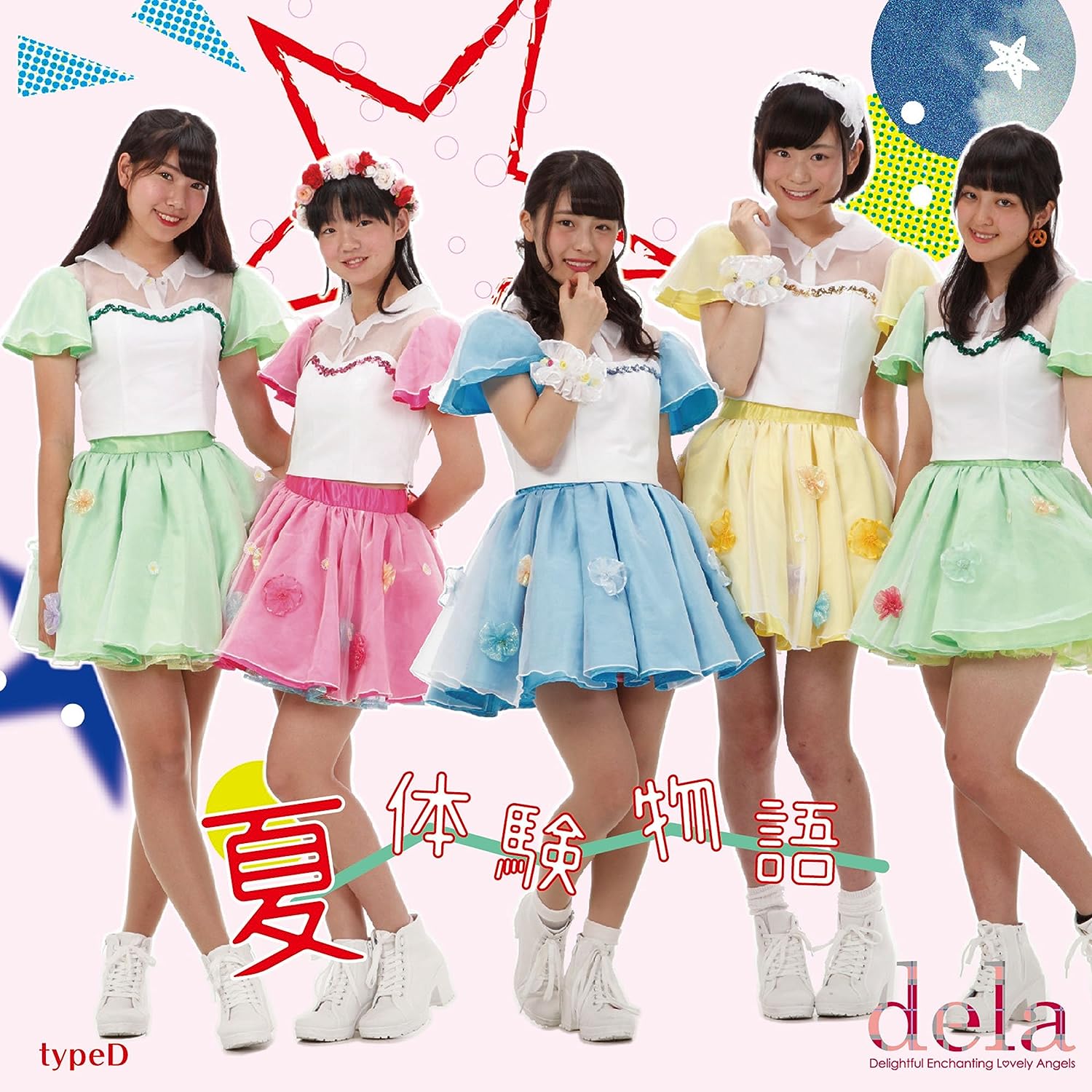 To be honest, I’m not sure how well this fits, if at all, in the “idol” category. But, since the release has some connection I’m gonna link it up regardless. You may remember Yukueshirezu Tsurezure’s version of this same song from back in May. You may also remember that group’s wonderfully cinematic promotional video released a bit later. This version from Shounen ga Milk is the continuation of that same story line. You get mysterious death, amateur sluething from Shounen ga Milk, and guest appearances from practically the entire Codomo Mental roster. All of that aside, “Shibuya Cinema Connection” still proves a great song in this second incarnation. I’ll be looking out for the next installment. You can get Shounen ga Milk’s version of “Shibuya Cinema Connection” on her debut Mini Album “KYOKUTO Sanbanchi Sepia Za”

Rewind +
Man, I love this release. I loved the Yukueshirezu Tsurezure version, and I love this version. 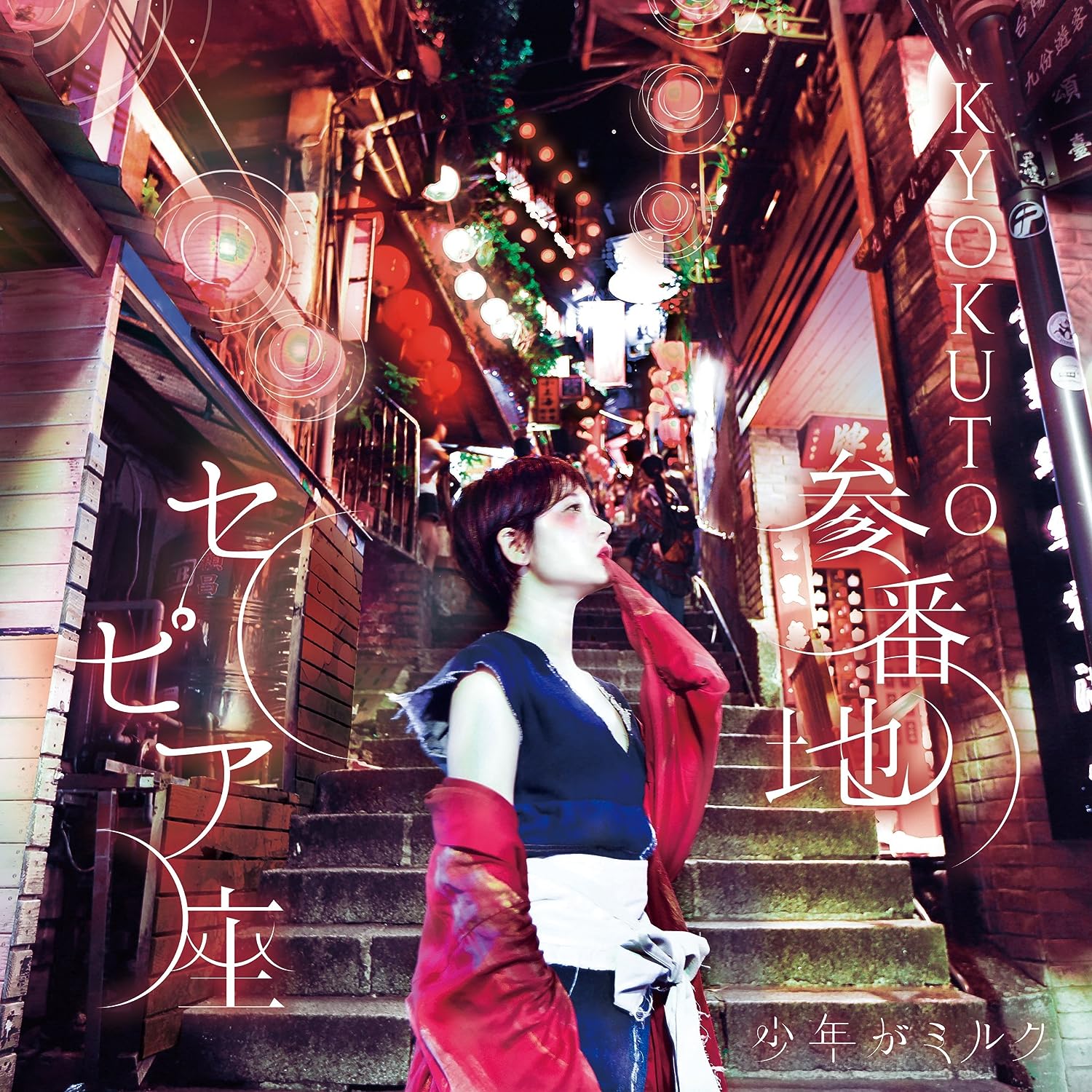 Rewind +
Let’s call it right now: there’s something unrehearsed sounding with Summer Rocket. The voices don’t mix together well in a way that sounds like it’s all the producer’s fault. The song “Summer Rocket” also isn’t the most polished product. But, and this is a big one, the girls of the endless summer look like they are genuinely enjoying themselves. That kind of enthusiasm can’t be manufactured or even coached. The video itself is much better than the song: the enthusiasm isn’t drowned with effects or overdone cuts, the shot selections are interesting, and the girls are front and center. Because of this, I can’t help but want to cheer for this new group of idols. 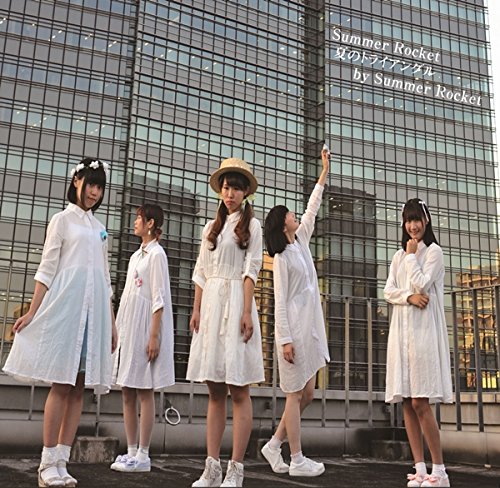