E-Girls take their game to the workplace in their new promotional video, “All Day Long”. Conceptually, the PV seems to take the girls from morning to night on a “typical” work day- all day long lady. The office place is transformed into a technicolor fantasy and the set plays backdrop to some workplace inspired choreography and OL outfits. Part of what I enjoy with these E-Girls PVs is the expansiveness of the sets they need to use for such a large group. Combine the sets, the choreography, and the costuming and you’ve got yourself a musical! Right as this Short Version ends, a really sharp transition transports us to a Harajuku Time Bomb Fashion show for a non-sequitur fantasy sequence; and, I won’t ask what your personal fantasy sequence looks like. You can find “All Day Long Lady” on the expansive double-CD release, “E.G. Crazy” on sale starting on January 18, 2017

You know, I just love the spectacle of the entirety of E-Girls dancing in unison- it’s really a spectacle. The song didn’t really grow on me, though. Although, those OL outfits are A+

Since expanding my idol horizons (not necessarily a good thing, if you want to know) I’ve looked into this whole E-Girls conglomeration, which brought me to Flower. The level of professionalism with Flower definitely shows with great looking sets and choreography that’s about as crisp as I’ve ever seen. For sure, there are great reasons to be a fan of the group. And, I like the guitar grooves that are fused with the dance beats on “Monochrome” (monochrome is also one of my favorite words). From the tone of my writing so far, you probably guessed that for all the virtues of Flower, this release hasn’t converted me over … I’m much more interested in pop music than I am in dance grooves. But, that’s just me, right? Flower’s “Monochrome/Colorful” will be released on January 11, 2017. 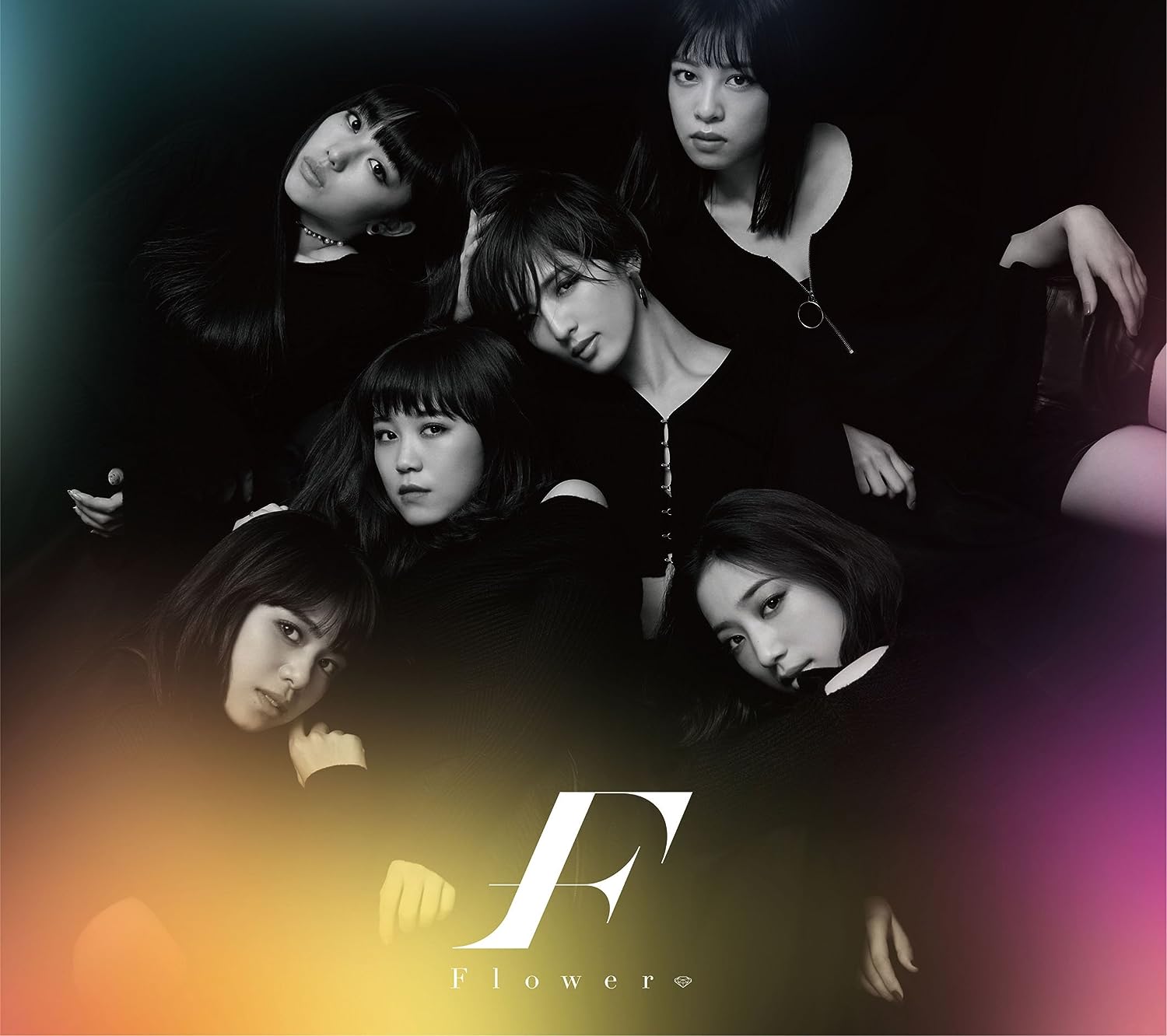 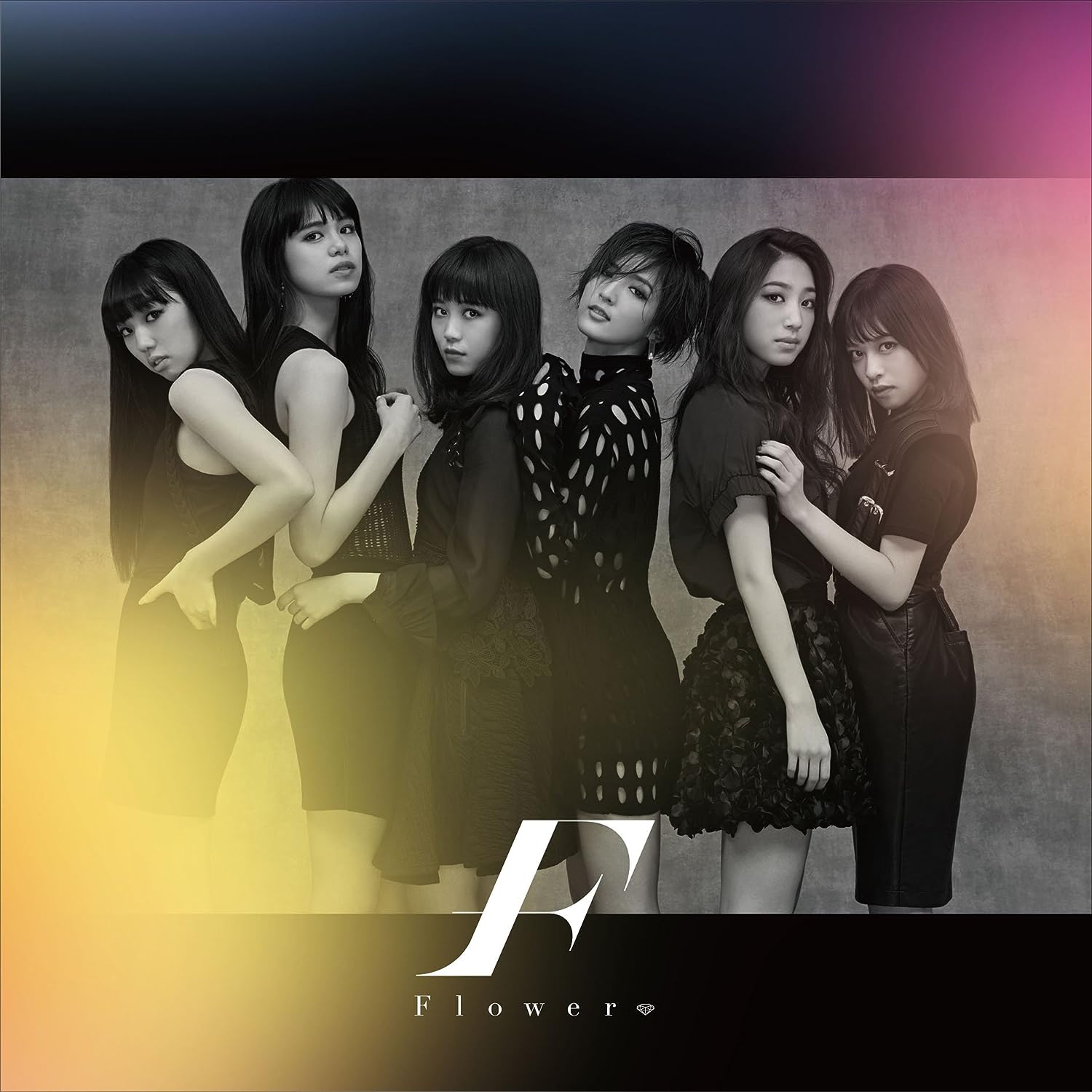 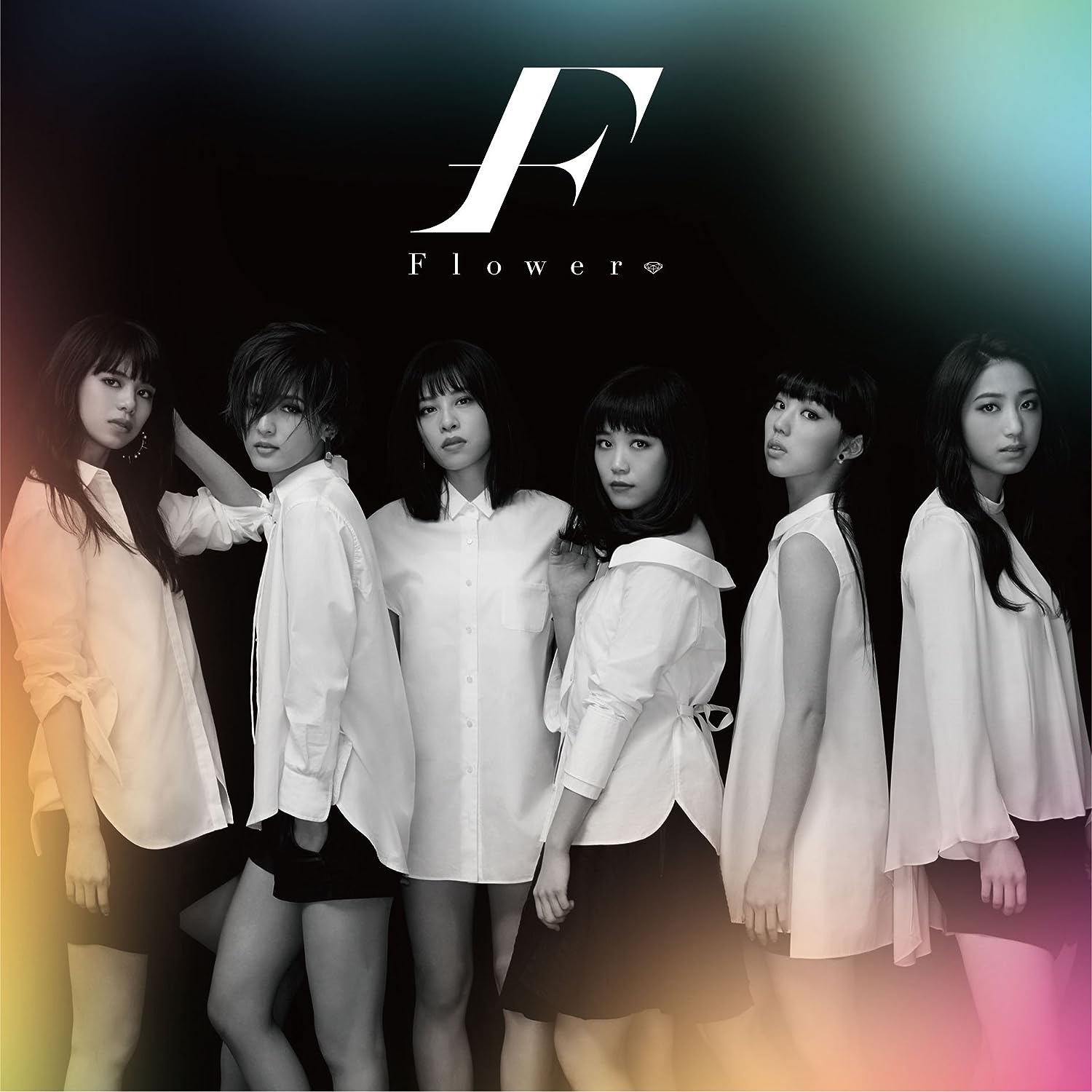 From her upcoming mini album, Tentenko continues proving that she’s the coolest kid on the block. “Jiro” is a nightmare for those of you who want clean green screen images and grand anthemic melodies. Tentenko traded her retro cool for this minimalistic approach that still manages to keep its hipster card. All together, “Jiro” is storytelling through visuals that look like they came from your favorite low-budget children’s early morning TV show. I can tell that you’re either going to love this or hate it to pieces. I think that’s how Tentenko actually wants it, too.

Seriously, how did I miss all the dying going on in this PV? Oh, yeah … I listen to this in my car a lot. Still love it. 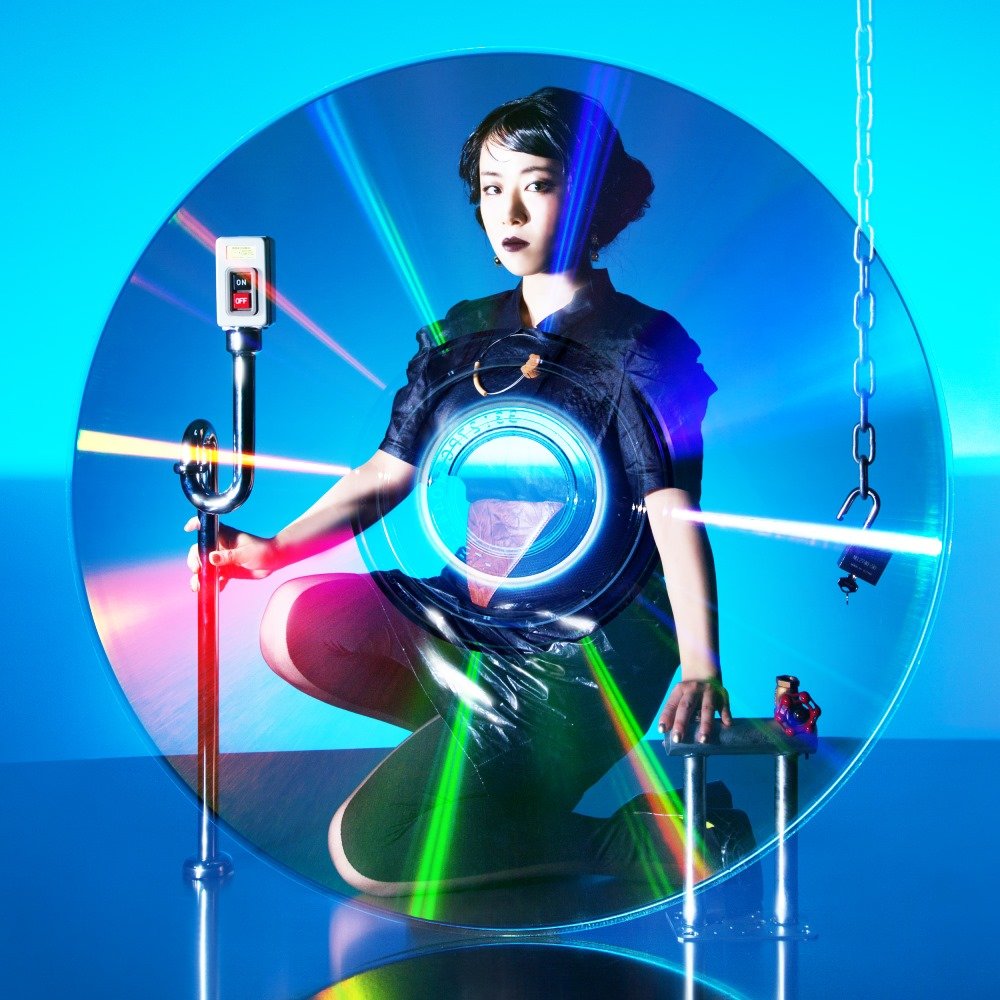 Moso Calibration’s parody(?) remake<?) of Radio Fish's "Perfect Human" takes shape with Mahiru donning the dark glasses. Now, I'm not sure why this was produced other than for some good ol' fun. That's a good enough reason, isn't it? I don't know that I'll ever want to listen to this again, but what a surprise "Perfect Woman" will be in that time capsule, eh?

Low and behold, Pixiv managed to squeeze little Nemoto Nagi into another bikini before the year’s end.

The song is a departure from Nijicon’s usually rapid high paced songs. This one is more of a groove beat, one that you can chill out to. They managed also to keep in some of the groups’ trademark weirdness.

According to thenumber244, “It’s a cup ramen tie-in, to download the song you’re supposed to scan the QR code that’s printed on the seaweed in the package. If the seaweed don’t scan, the packaging also has the QR code.”

Good news: “karma” is probably the most accessible song I’ve heard from Maison Book Girl. The meter never strays from a jaunty 6/8 time, and the melodies are sing-along fun. The bad news: the promotional video for “karma” was shot with a single camera fixed on the window of a Tokyo train. The trademarked cool palette of a Maison Book Girl still colors the promotional video, you just won’t see the group during this PV. I don’t know if this is lazy production or high concept gone truly wrong, but there’s not much to hold interest in “karma”. Given the accessibility of the song, that’s truly a shame. You can find “karma” on Maison Book Girl’s “river (cloudy irony)”.

What I said up there. Really, I have nothing new to add. 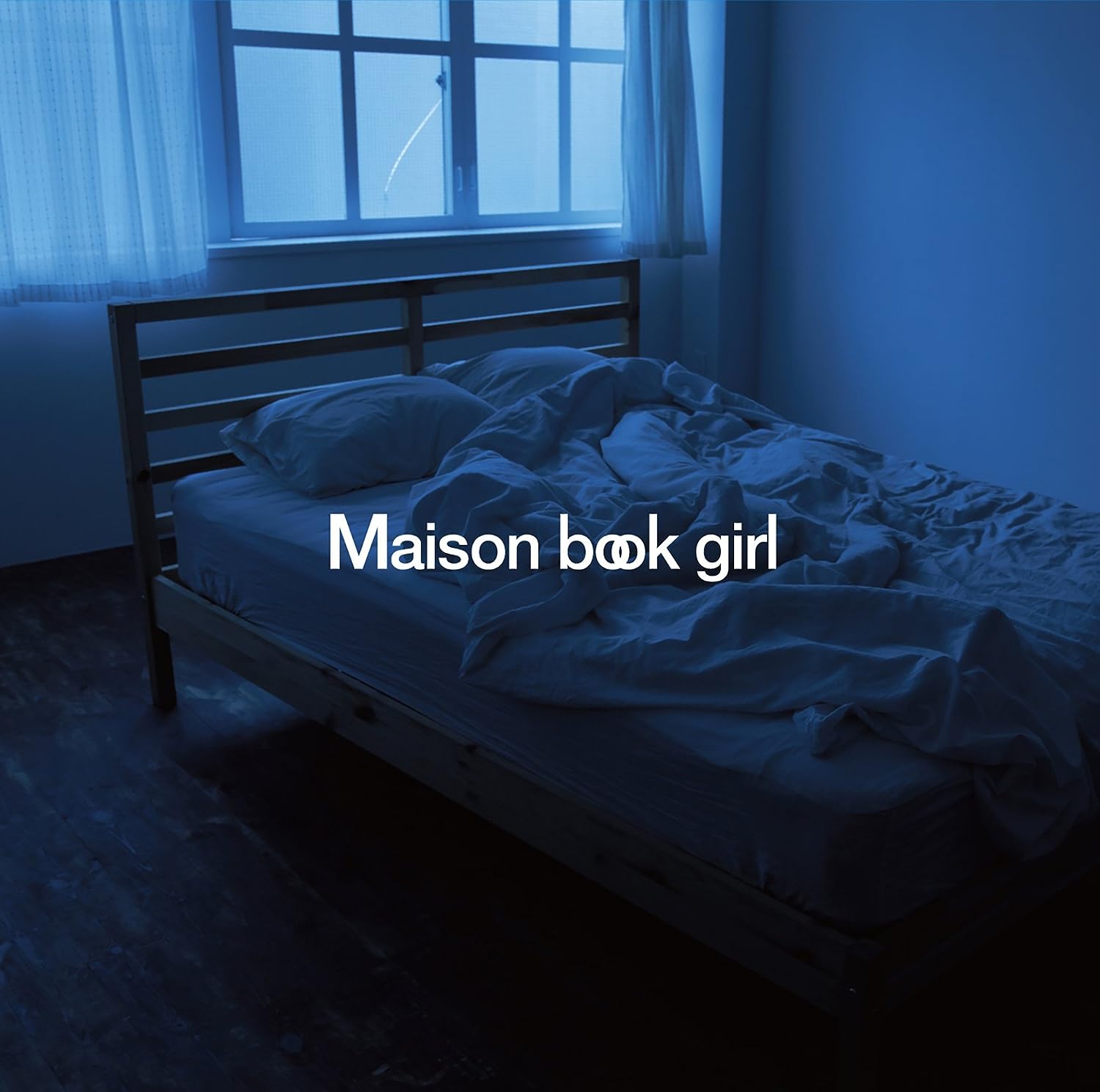 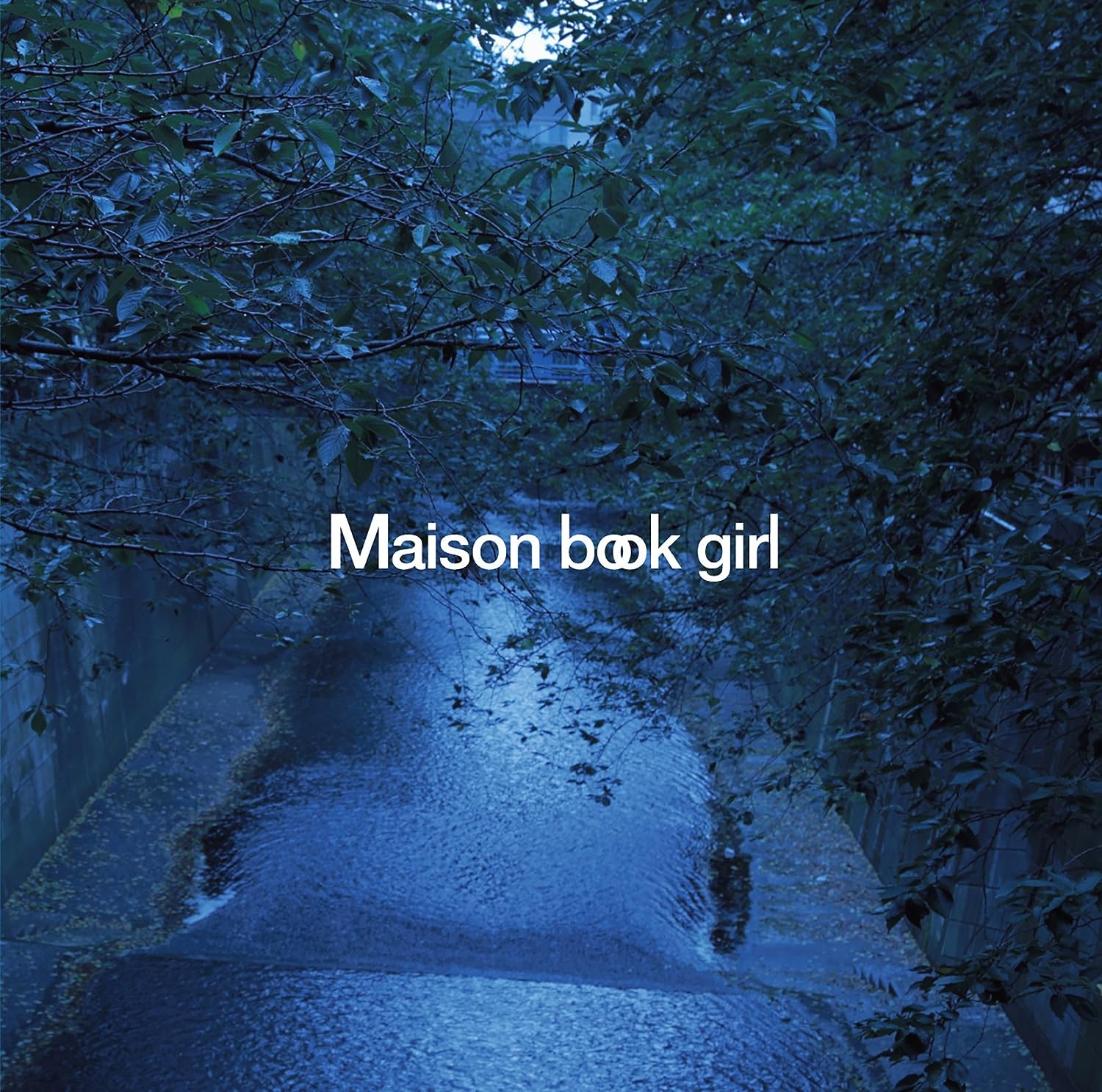 I understand you may have misgivings about Gang Parade releasing the Pla2me song “Plastic 2 Mercy” yet again. This time, the song is a transitional single to the group’s seven-member lineup. The song is insistent as ever with its driving beats, distorted keyboard sounds, and pleading melodies. The promotional video is an interesting bird as well. Multiple treatments are applied to the girls, each presaged by a short title screen. Gang Parade show us samples from “Everybody say hello!” to “SCARY night” to “plastic 2 mercy”. Personally, I loved “Number of encounters=Number of Mole” – the close-quarter photography feels intimate while the skin imperfections contrast beautifully with the cool, mathematical perfection of the beats. You probably will find something that resonates with you here in “Plastic 2 Mercy”.

Interestingly, I started to listen to a bit more Gang Parade after this review. “Plastic 2 Mercy” still kicks me in the crotch.

Little Glee Monster’s 2nd album, “Joyful Monster”, gets a January 6 release date. To promote that album, we get a short PV of the girls dancing with some cute headphone choreography. LGM always seems like a “vocals first” unit (hence the name), so the whole choreography comes across as more cute than anything else. I’m also not going to object to the accessible funky instrumentation … “Hop Step Jump!” serves up the kind of grooves that a Jackson would be proud of. 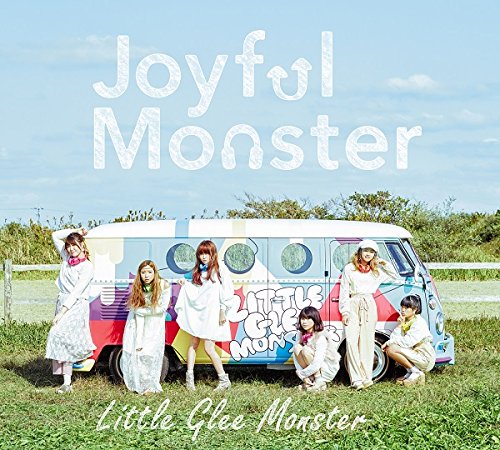 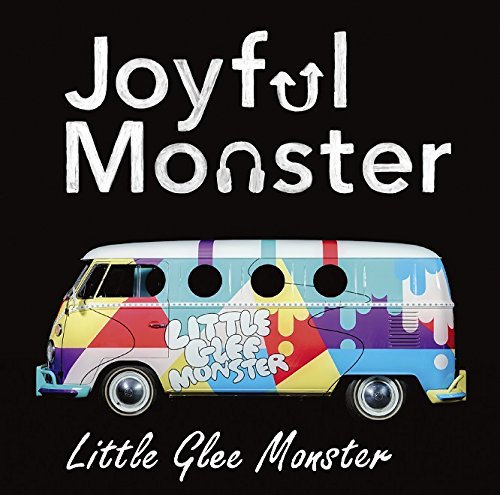 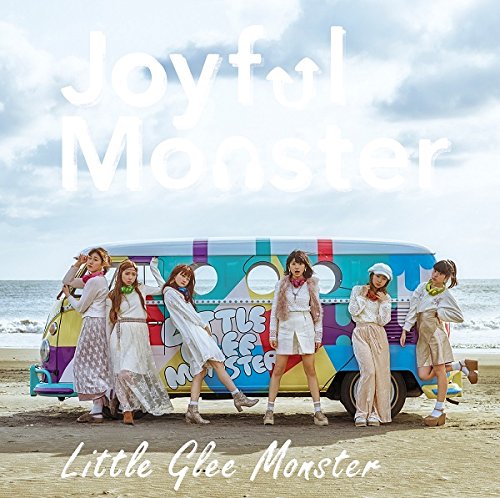 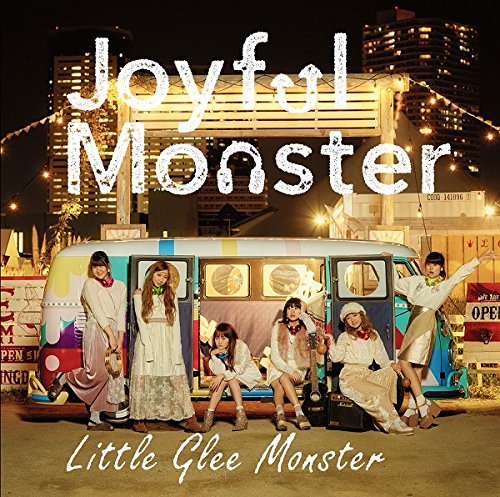 Music box openings give way to thumping drums in an enchanted forest in Necronomidol’s latest promotional video “phsychopomp”. To tell the absolute truth, I thought I was going to hate this. Actually, I like seeing the contrast between the unnatural look of the girls in the verdant forest backdrop. As always the forest is an instant reminder of the dichotomy of life and death and provides easy context for a song that seems to be about Valkyries leading the departed to the great beyond (and my inner goth is smiling again). OK, I just like forests. I would have enjoyed the music much more, but the mix presented doesn’t put its best foot forward. Even with the obvious drawback, I enjoyed the release from Necronomidol. You can find “psychopomp” on “From Chaos Born”, Necronomidol’s June 15, 2016 release.

No, fxxk that. You just don’t have any attention span. Also, I’m hearing that the PV was filmed in the famed “Suicide Forest” as I had suspected. Go creep yourself out. 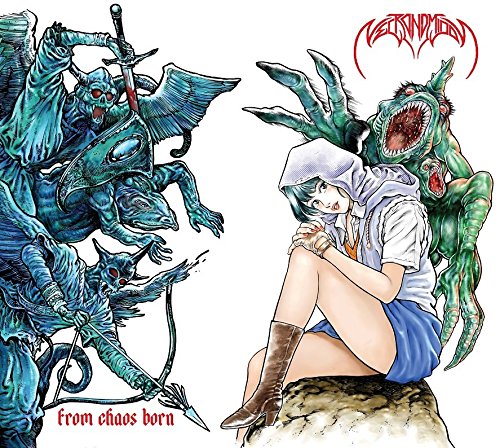 From SiAM&POPTUNe’s October mini-album “TUNe UP!!” we get the promotional video for “STAR LIGHT”. Like the song title implies, we get to see lots of shots of the girls under the starry night sky. This PV can be broken down into three different kinds of shots: night dance shot, evening dance shots, and nighttime solo close-ups. While none of the production is particularly high budget, a nice honestly is projected through the almost-naturalistic views of the girls as they sing under the stars illuminated by street lamps. The nighttime dance shots also have the added novelty of an animated Grand Drape and hand drawn accents to the choreography. I think the animation is a nice touch and really makes the girls’ movements come to life. The song’s merits lie in its simplicity of arrangement and a great climbing melody. “STAR LIGHT” does a great job evoking emotion, which carries SiAM&POPTUNe much further than many high-priced promotional videos could.

I’m ready to love some SiAM&POPTUNe. No, I haven’t really listened to anyting from the group, but I really like “Star Light”. I hope they can get some consistent work in there, because I’d like to know more about them.

I’m not sure what took so long, but Rosario+Cross recently released the promotional video for their 3rd single song, “Ran!Ran!Ran!”. The song is nice pleasing pop/rock confection that won’t offend anyone. The girls give an great performance in shades of blue ans the perform on a bedroom styled set and out on the street in intercutting footage. Well, they spend the majority of the time in the studio here, but still you will notice them run run running outdoors. The girls certainly help out a lot by smiling broadly and giving a performance filled with enthusiasm. Yes, everything is pleasing and a bit exciting for this “new” group that have been together since 2012. I hope to see more of this Shizuoka Idol unit that I know very little about. Rosario+Cross’s 3rd Single “Are You Ready? / Ran!Ran!Ran!” was released on September 19, 2016

After going back a bit to Rosario+Cross’s other PVs, “Ran!Ran!Ran!” seems a real standout. That may sound backhanded, but to me it just means their best days are ahead. 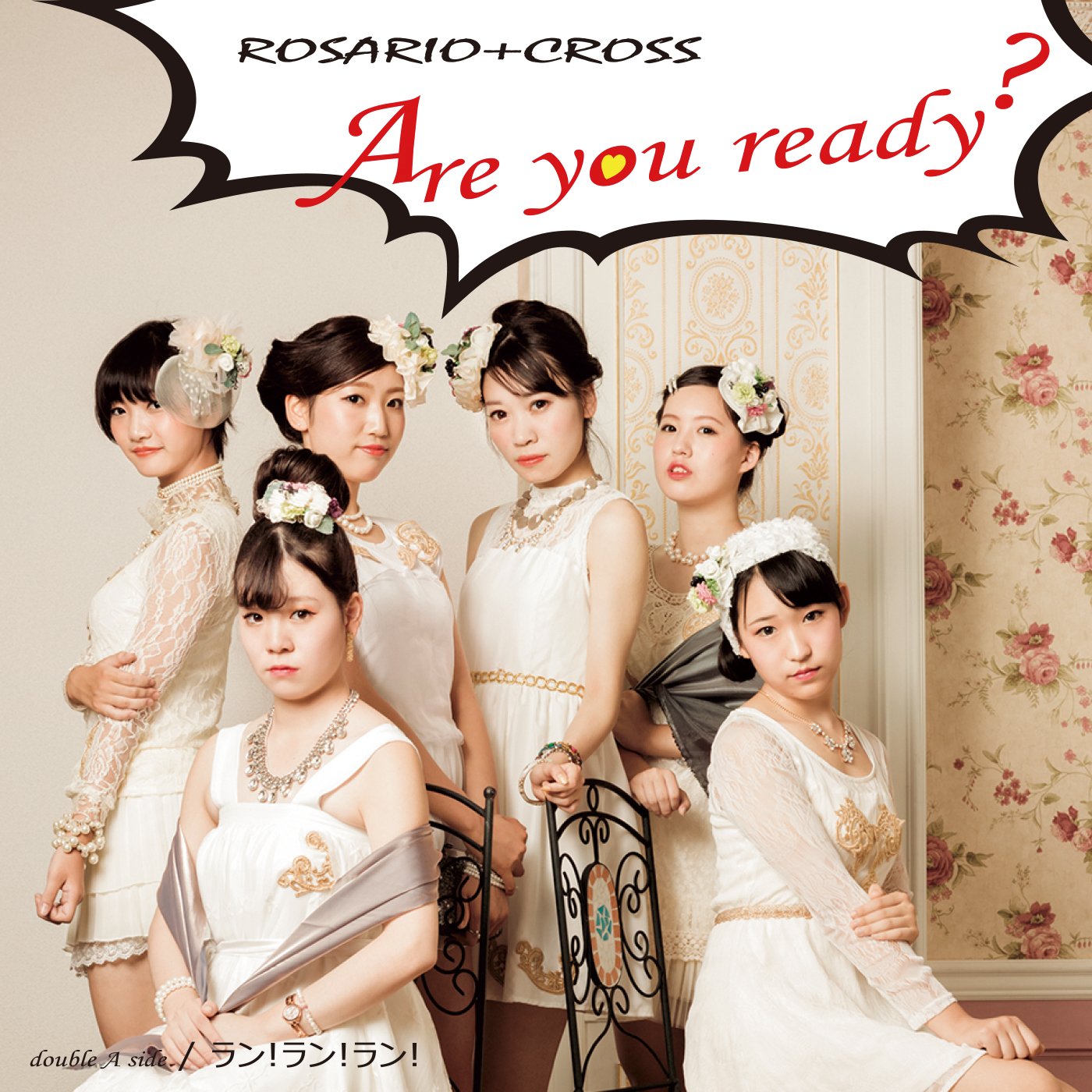 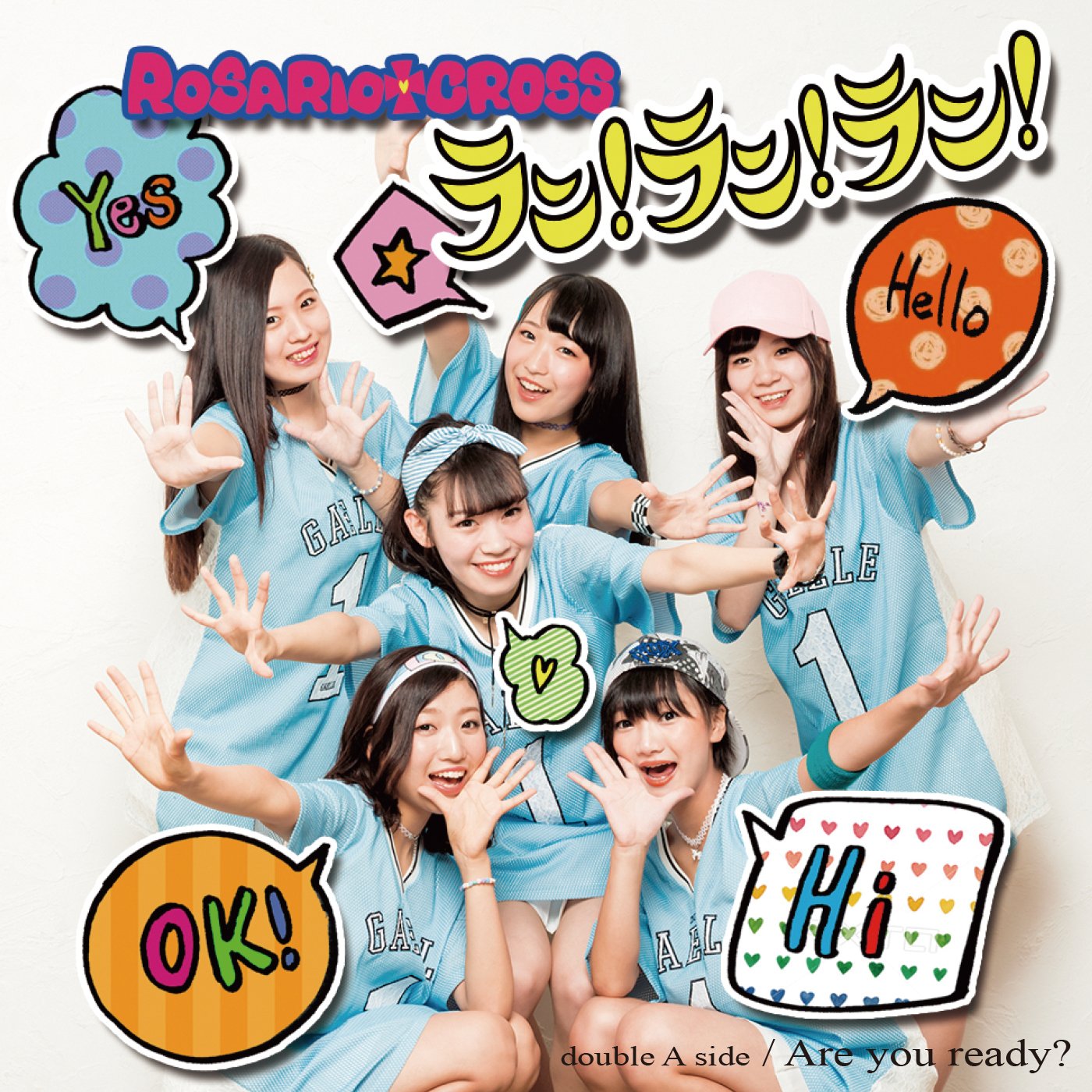 Straight from the EDM files comes this release from Nazo no Pulupulu ga Kiteru. Something with the way this promotional video captures the early morning sun on these new idols really gets to my imagination. Although I’m not particularly an EDM person, I’m OK with listening to this chill-out track and watching Nazo no Pulupulu ga Kiteru in the sun, on the sand, and amid the fields. Unlike many PVs I see, “The Youth go Youth” have an image and a vision and did its best to capture the look and the feel on celluloid. Like most of the new groups that have come across my desk, I’ll try to keep an eye out for them.