As I struggle to get caught up, unfortunately I won’t be writing any Rewind+ this week. Sorry if you were looking forward to my forgetful look backwards.

GEM start their 2017 with some solid pop music and a keyboard sounds that would make The Cars feel proud. “Sugar Baby” is a schoolyard high school gym fantasy with the girls doing their best both in the class and out at the big dance. Where their previous single “Spotlight” was electric bulbs and mirrored introspection, “Sugar Baby” gets the party started with balloon arches and pom poms. And, while the song doesn’t offer much more than a single riff, that riff is played to perfection and will be with you for days and days. Fun and energetic, “Sugar Baby” begs repeat listens.

To commemorate their joint live concert on January 3, 2017, the girls from Shiritsu Ebisu Chuugaku and Negicco created the special collaboration song “All Right!” To me the song sounds a bit like Ebichu performing a Negicco style song, but you might have different impressions of the groups than me. Regardless, I love the sound of the “All Right!” with its organic instrumentation and heavy tambourine arrangements. You know I’m a sucker for Showa inflected songs already.

Yurumerumo! welcome the new year with the live promotional video for “Sweet Escape”. The girls strap on their guitars and keytars to rock the kraut fantastic in this ten minute epic. It’s not particularly pop, but then again neither are Yurumerumo! Rounded out by a set of session players, the girls look more than capable enough to handle this groove. Ano, in particular, looks ready to strum her way to Hall of Fame status. Make sure to stick around to see what makes Yurumrumo! one of the most interesting groups on the idol scene.

The seventh single from Rev.from DVL received a December 16 release, and now we finally have some promotional video to talk about. “Vampire” starts with some standard fare Halloween sounds: orchestral chimes and theremin go a long way to pronounce the spooky. But after we get past the misaligned holiday cheer, Rev.from DVL get to the straight-up dance track of “Vampire”. Choreography for the group that features Hashimoto Kanna definitely showcases the group’s strong dance skill. The other particulars of “Vampire” feature: a great location with European appointed rooms lit orange with an abundance of chandeliers; sharp outfits with red, leather jackets; and enough Hashimoto Kanna to satisfy most of her wota. 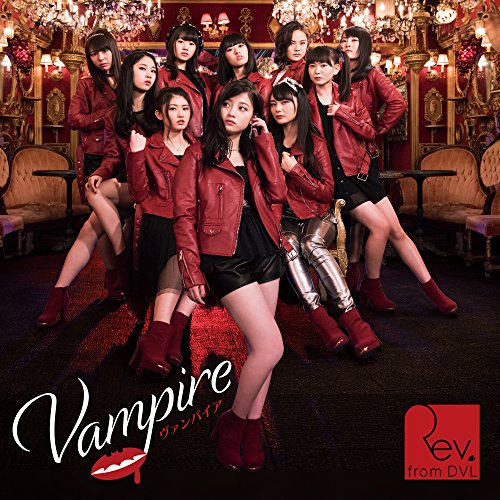 The musical story for Kuromiya Rei (Ladybaby), her sister Kuromiya Aya, and their friend Hinako continued today with the release for their promotional video “AINIKOIYO”. The PV is mostly performance shot with some interesting lyrical crawl and CRT-style transitions; but, musically there is a lot to talk about. Firstly, we can talk about how this appears to be a labor of love with her and her sister. We ca talk about how BRATS is an interesting change from the metal/idol project for which she is usually known. “AINIKOIYO” features some pretty muscly guitar riffs, and we can talk about that and your next YouTube cover song video. I’ll even talk to you about how Rei’s voice gives major attitude and strength. I just really wish I could talk to you about a release date, because even though the song is the opening to the anime “TO BE HERO”, I can’t find a release date.

The coupling track from Kamiyado’s 2nd single, “Kamchatka Adventure“, gets a promotional video on this day after Christmas. Musically, I like “Mirai no Uta” more than its A-side track. “Mirai no Uta” rocks at midtempo just a bit up the bpm dial from a power ballad- know what you are getting into. Visually, the string of fate motif ties this song together. One by one, our five girls get pulled along by their forefingers on (shocking) member colored strings. There is a nice twist that I won’t spoil, but the final destination of these girls won’t surprise you. “Kamchatka Adventure” is at your favorite retailer now!

Senanan’s second release finds its way to stores on December 28, 2016; but, the promotional video for the lead track “Aitai Zettai Shinitai Kenpo” found its way to YouTube today. The song is immersed in its Chinese theme through musical motifs and visual immersion thanks to a nice location shot. I found this song and release very entertaining, and even started saying “Aitai Zettai shinitai Kenpo” like it was magical spell. Be sure to check this one out! 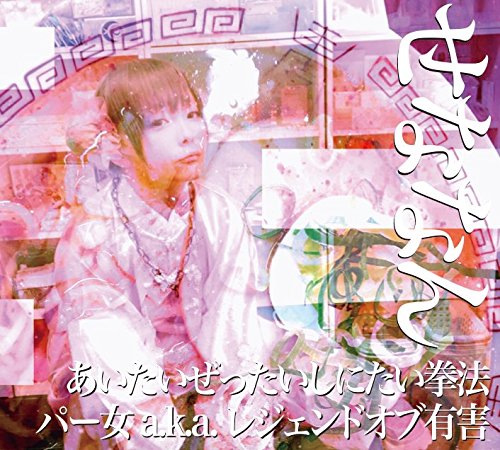