In the most improbable of improbable, Kyary Pamyu Pamyu’s newest single is an Easter song. I’m not sure how much Easter saturation the Japanese market experiences, not do I know what Japan is doing with a “Christian” holiday like Easter. But, here we have it! To be fair, Kyary Pamyu Pamyu only celebrates the fun and hijinks side of the Spring Equinox with eggs galore. The eggs in question are pastoral colored claymation beings that look like they belong in the fictional Kingdom of Borovnia. You’ll find egg carnage, a half shell bubble bath, and the puzzling inclusion of capybara in Kyary’s Easter. Bagpipes and fifes call out an interesting musical blend that plays less like a dance floor and more like a jaunty jig. So everyone: march along with Kyary and try not to be abducted by the sunny side up flying saucers. Yes, that makes sense in the context of the PV. Kyary Pamyu Pamyu’s “Easta” beams down to Earth on April 5, 2017. 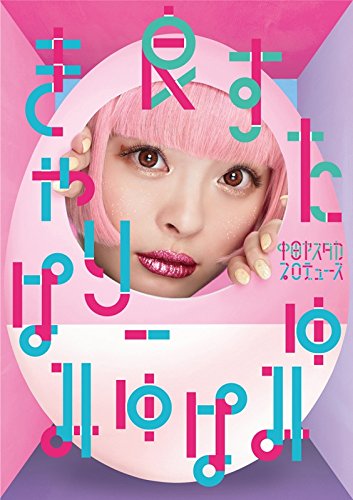 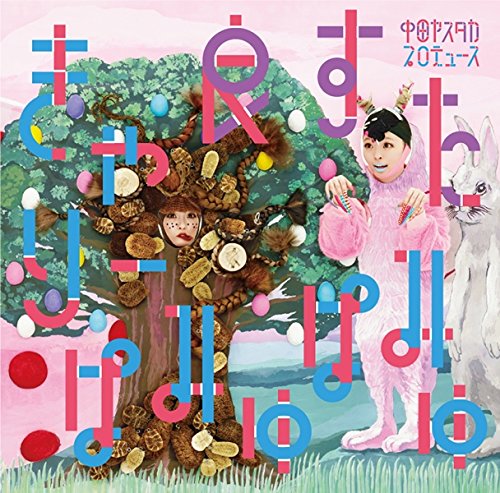 The SUPER☆GiRLS 16th single promotional video is here, albeit it’s the clipped short version. Aside from their frilly performance outfits (I love the frill), the girls seem to be taking on an athletic challenge with their colorful bowling shirts and cutoff denim shorts. In this abbreviated version of the PV, the super girls shoot a few buckets and appear set on bowling a few strikes at the local lanes. The promotional video strikes me with its distinct lack of a center presence; it’s as though the girls are looking to fight for the center position through a series of sporty challenges. On the music side, SUPER☆GiRLS give us more throwback pop with some distinct presence from idol music’s past. Personally, this is the kind of SUPER☆GiRLS release that I favor: “Sweet☆Smile” is so drenched in JPop idol paint that it would never be mistaken for anything else. 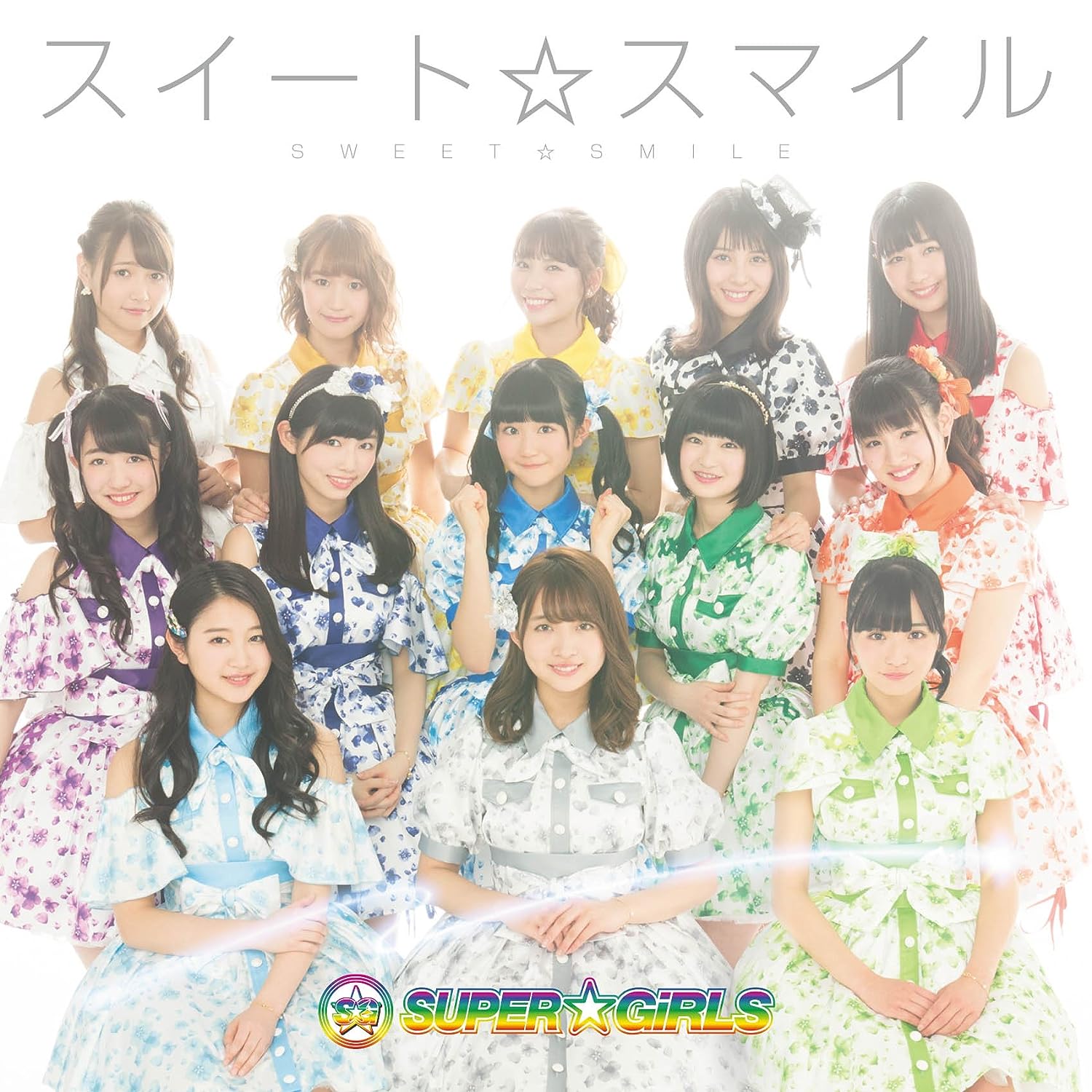 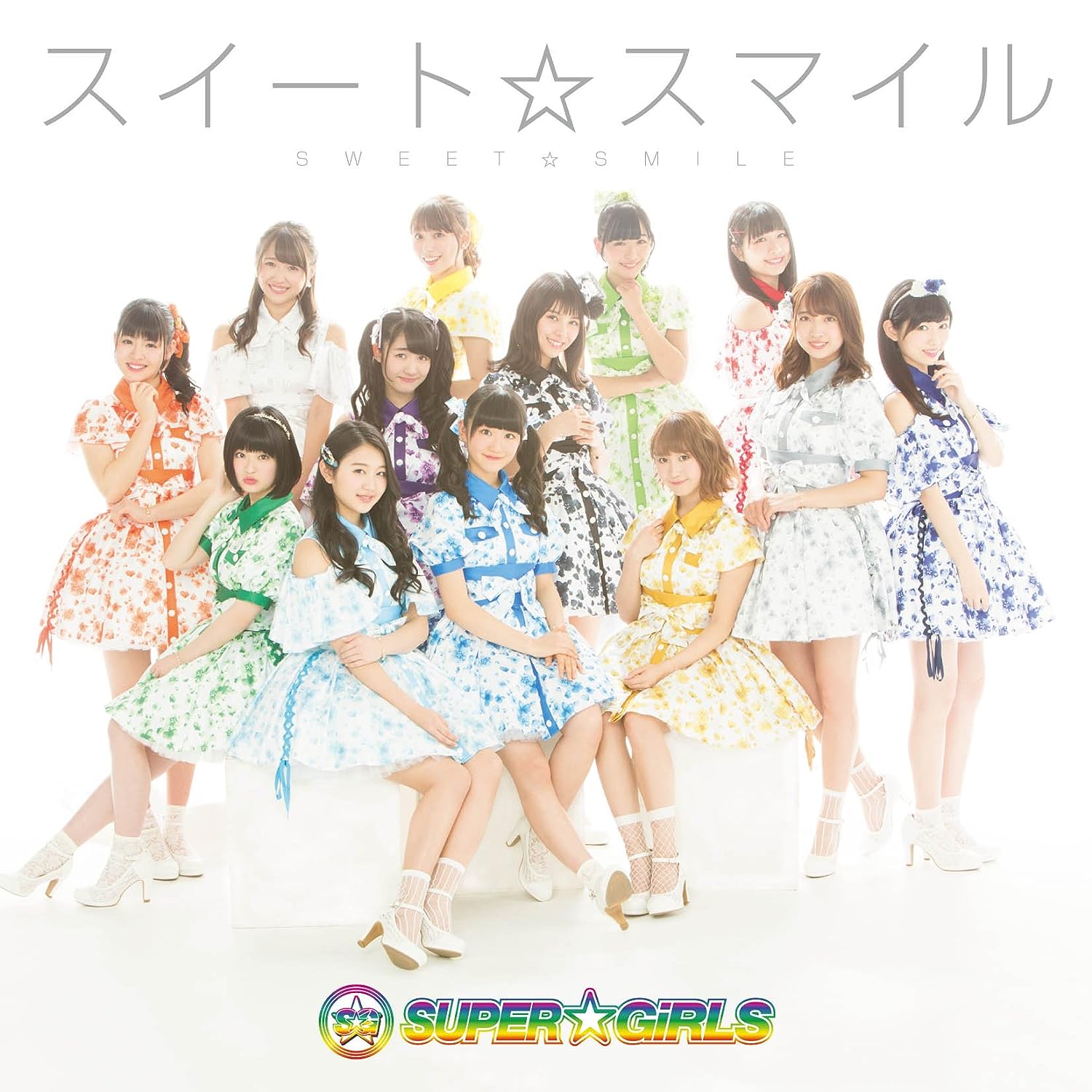 Back with the coupling track to their major label debut, Q’ulle’s “Shout It Out” plays to the one of the group’s strengths from their early days: the single camera, single take dance shot. As the secondary track on the single, you probably shouldn’t expect explosions or other pyrotechnic events. However, the group looks great dancing without the additional worry of singing. And, you’ve probably seen a few hundred of these kinds of videos from some combination of the girls in Q’ulle (I know I have). The song itself is somewhat less explosive than the A-Side track, although I might actually prefer the poppier sound for the group (this time around). All of this is to say that “Shout It Out” is a welcome return to root for the group with the added bonus of an original song for the group. 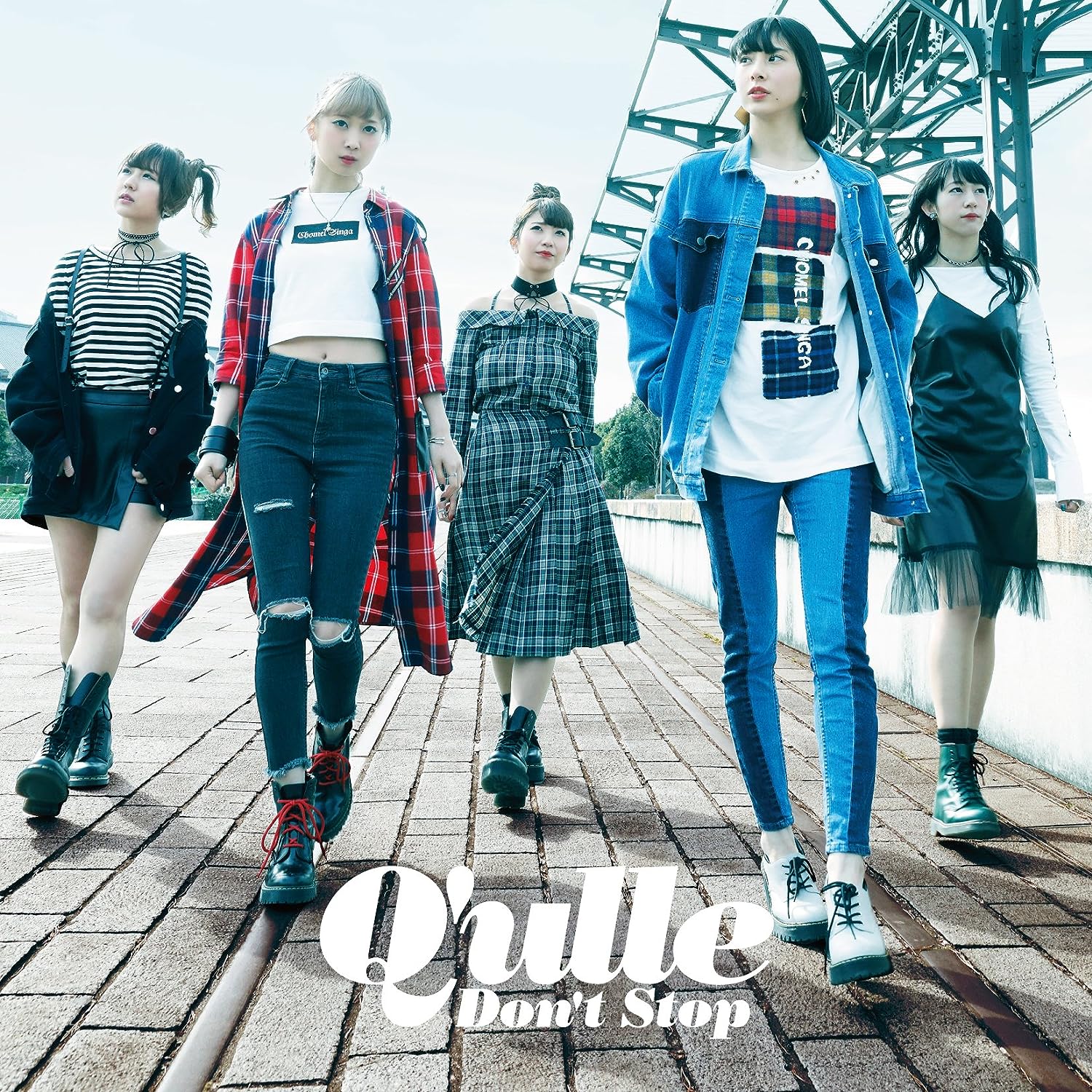 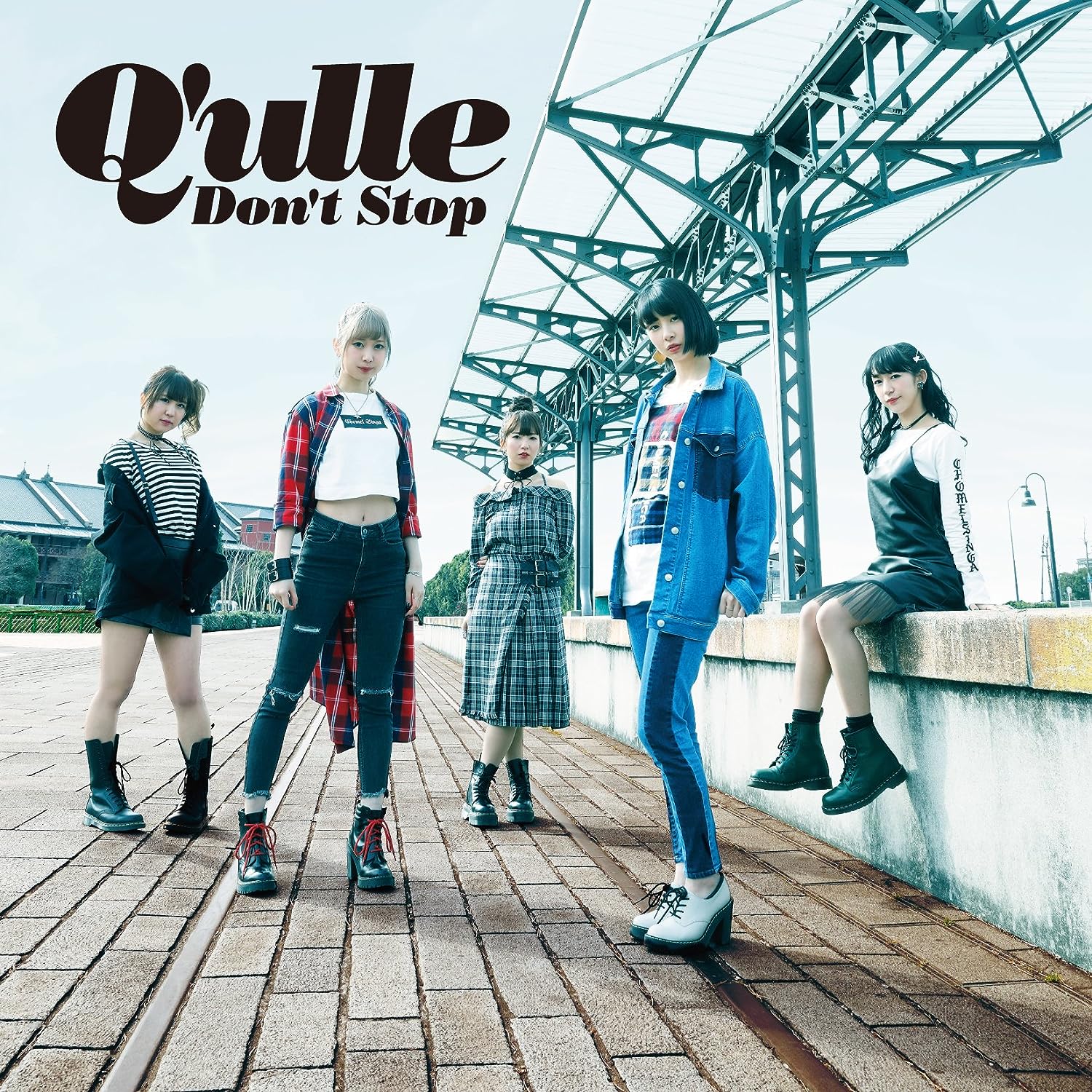 From their Best Album “BILLIed IDLE”, BILLIE IDLE®’s “BYE-BYE” continues the group’s celebration of 80’s new wave/punk nostalgia. The song swings a bit with crunchy guitars in a steady 12/8 beat and does a great job showcasing the great voices that one-time BiS members Hirano Nozomi and First Summer Uika surround themselves with. Visually simple, BILLIE IDLE® composites themselves with renderings of their album art over the last couple of years. Nozomi, Uika, Momose Momo, and Akira uncannily float through the virtual set wearing their oxblood bomber jackets. Given my personal background, I find the aesthetic pleasing and almost a bit comforting. Perhaps the song could have used a bit more tooth, but the group definitely isn’t short on attitude. And, if my only complaint is really a wish for more vocal snarl, then really I’m the one being a baby; BILLIE IDLE® is doing just fine. 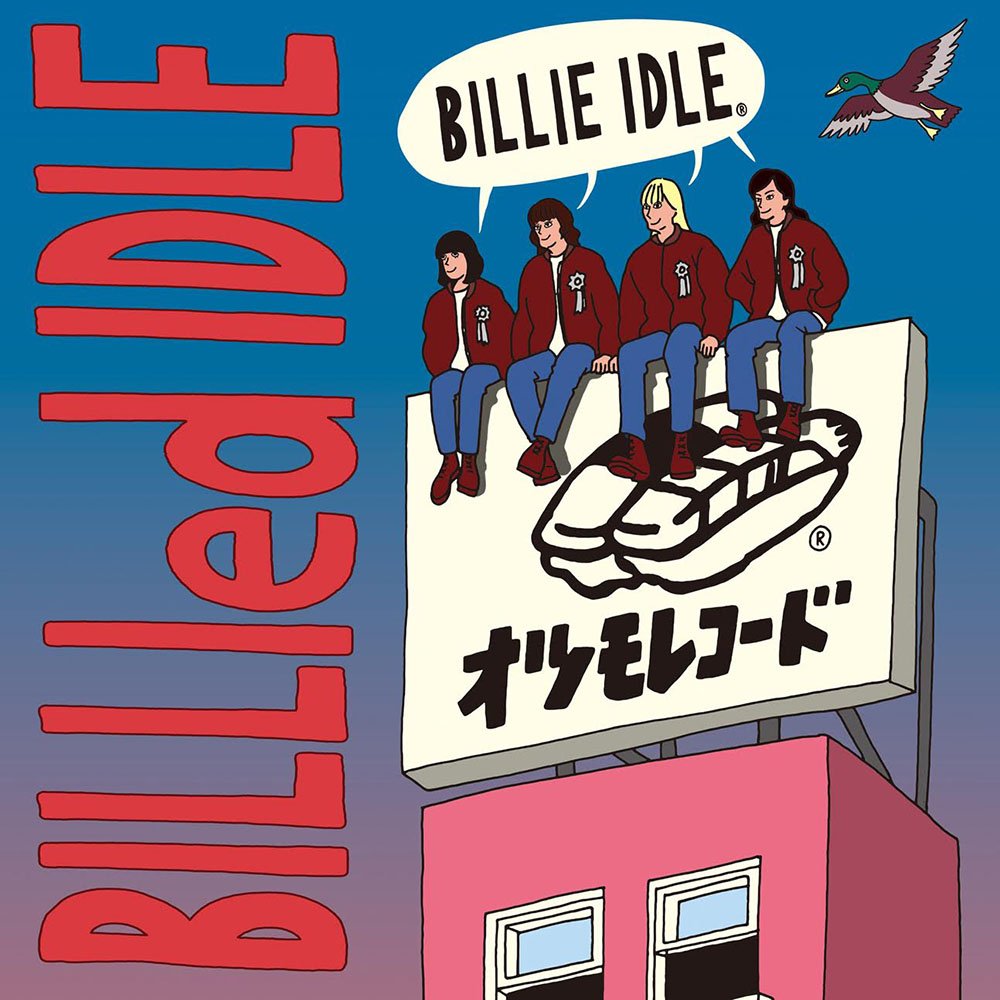 The third single from Tacoyaki Rainbow has a promotional video that looks like a master class in foam core cutout props. And, it’s really great! The mini scenes burst with the exuberance expected from a Stardust Promotions group. From the fake friend drama to the school friends romance drama to the stressed out study-gal. I’m especially perplexed by the Kyary-esque eyeball back dancers and their uniform sailor-fuku insistence. The message of self acceptance seems pretty strong throughout, and this really fits nicely with the rainbow concept. Give it a whirl and let me know what you think, ok? You can find Tacoyaki Rainbow’s third single “RAINBOW~Watashi wa Watashi Yanenkara~” in stores on May 10, 2017. 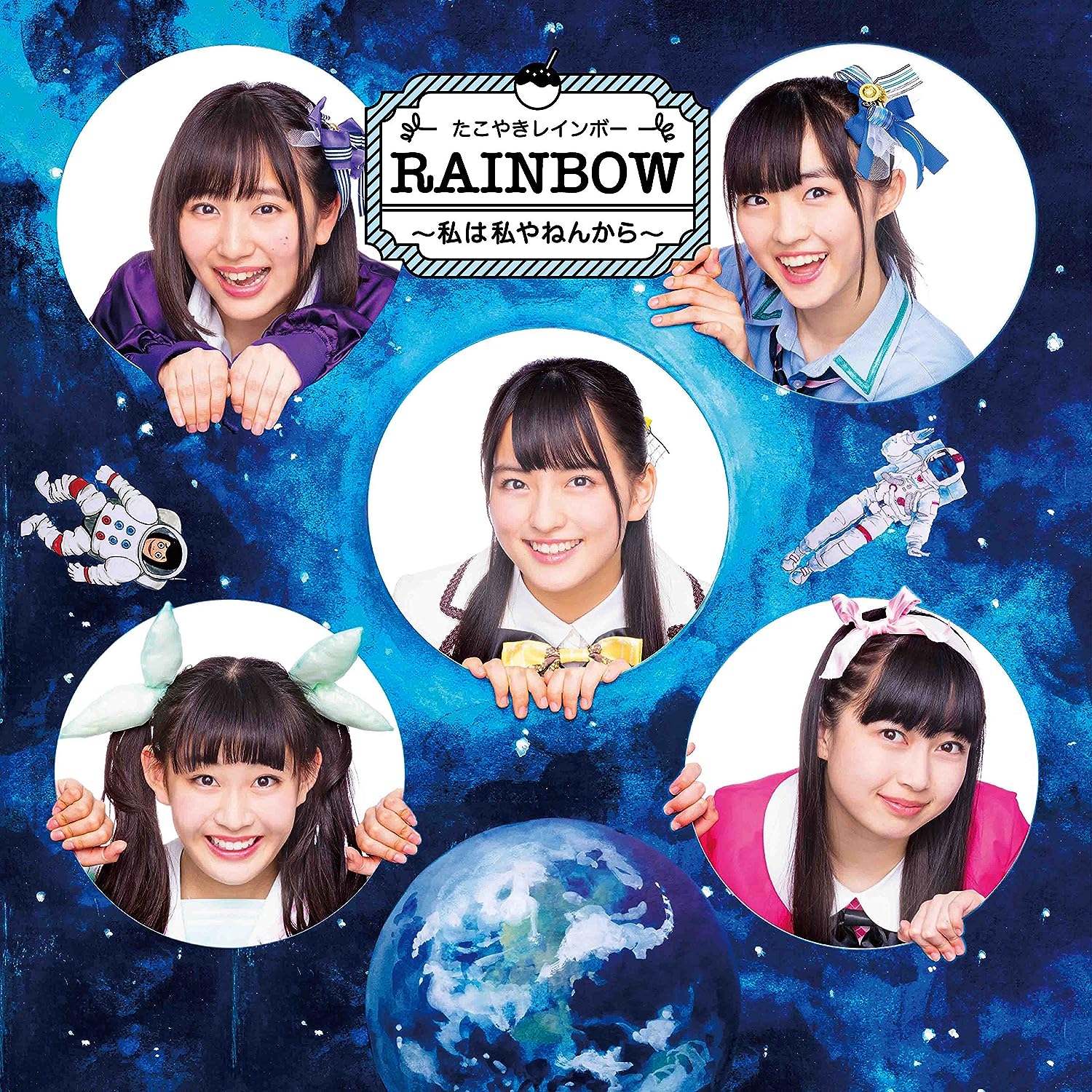 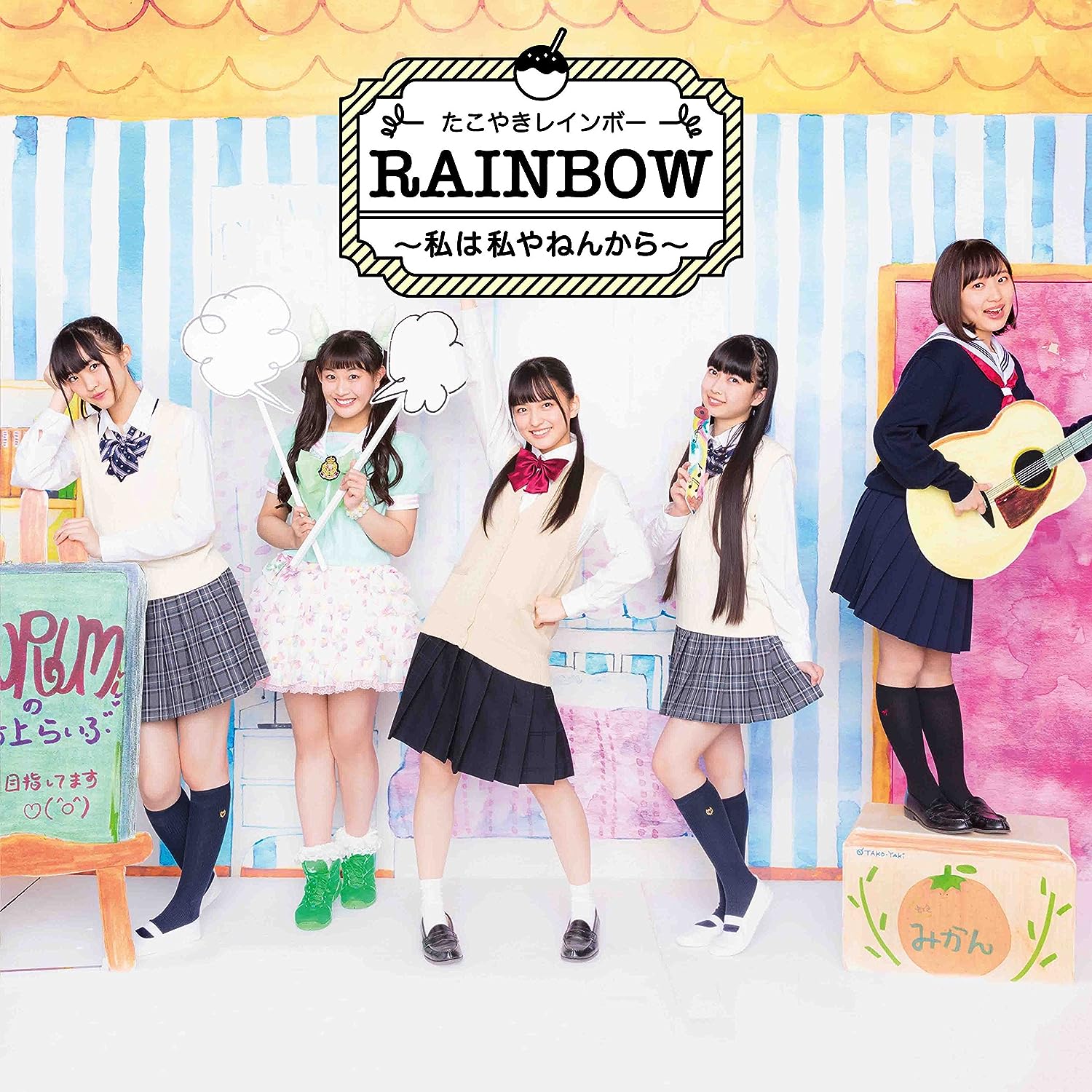 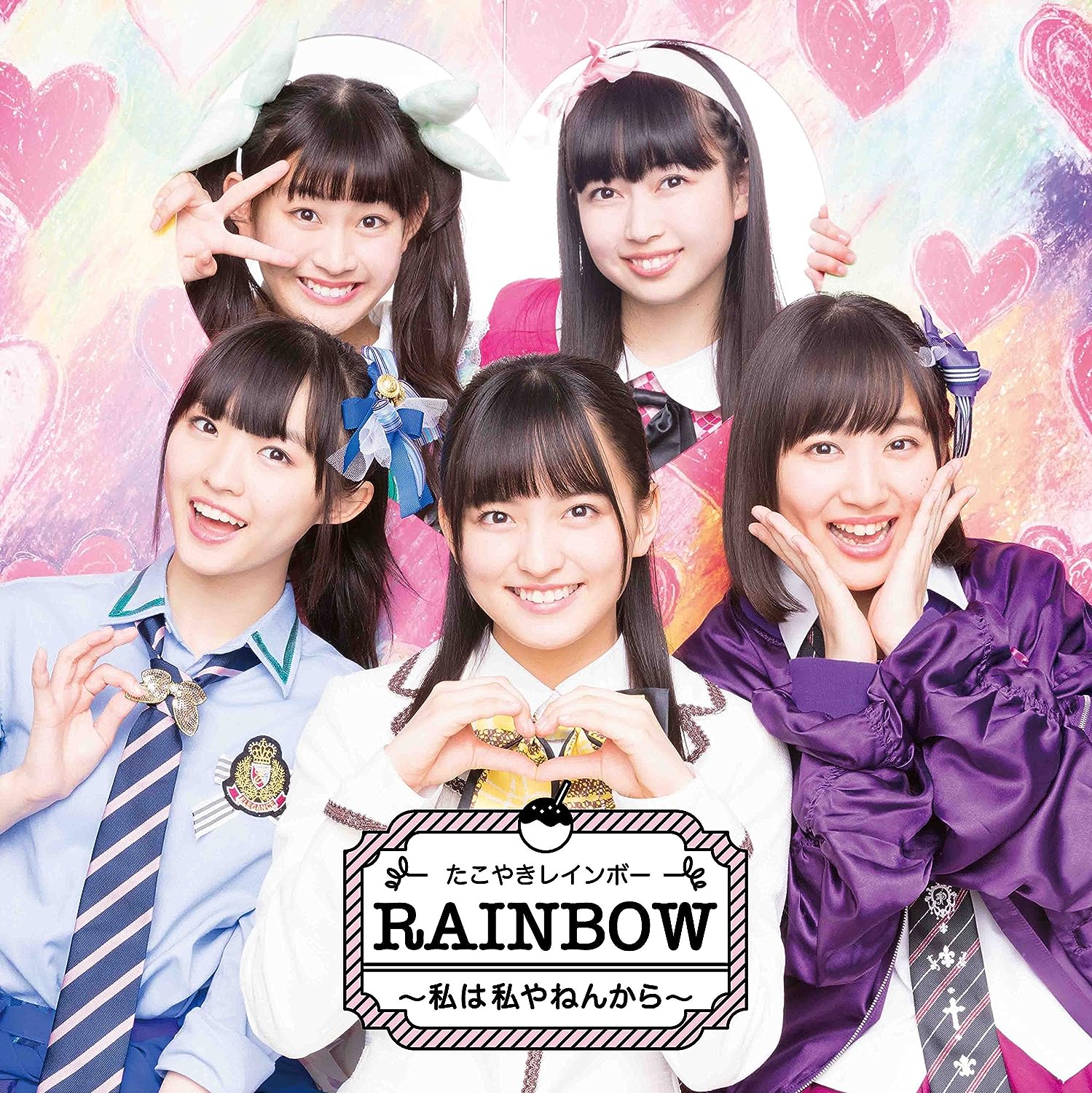 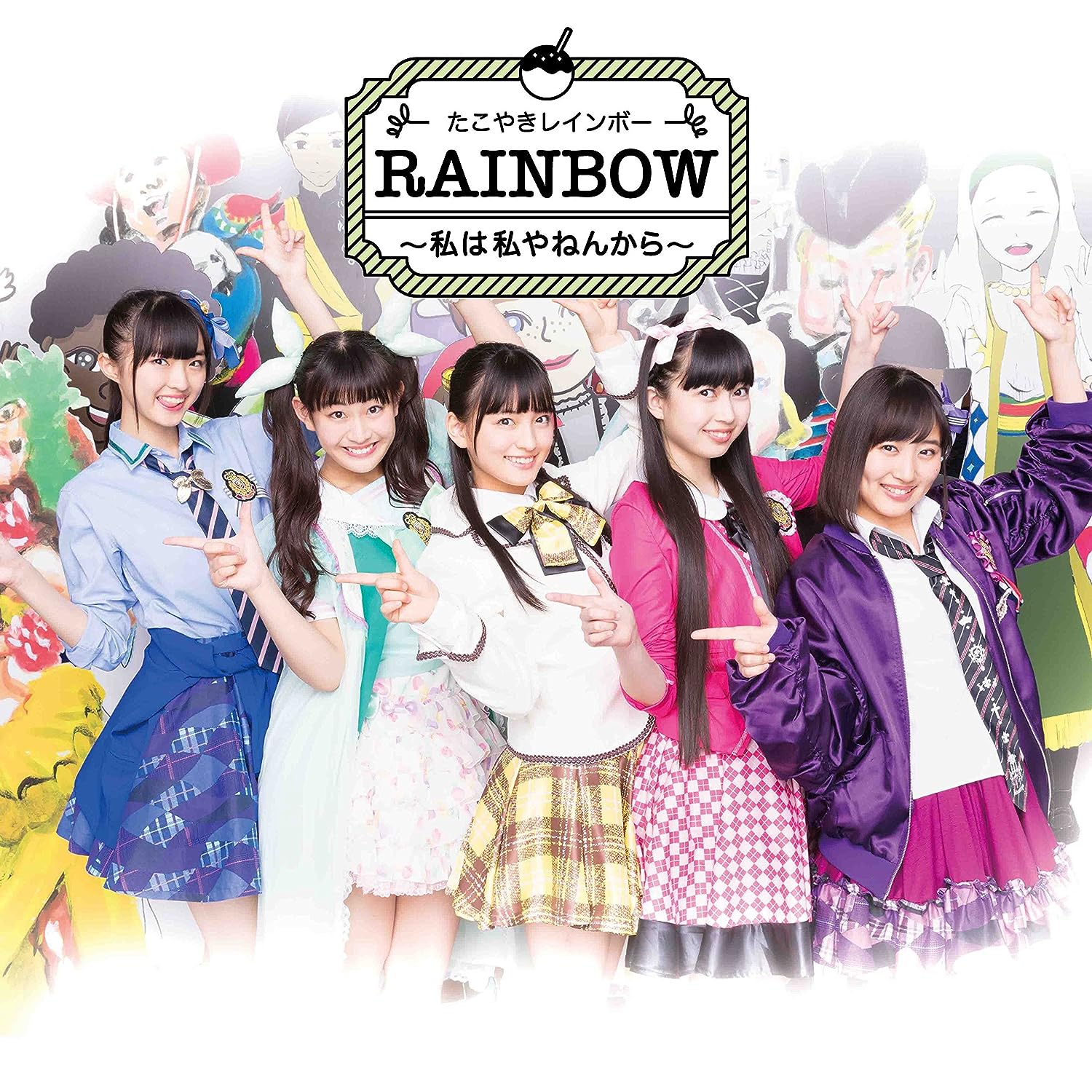 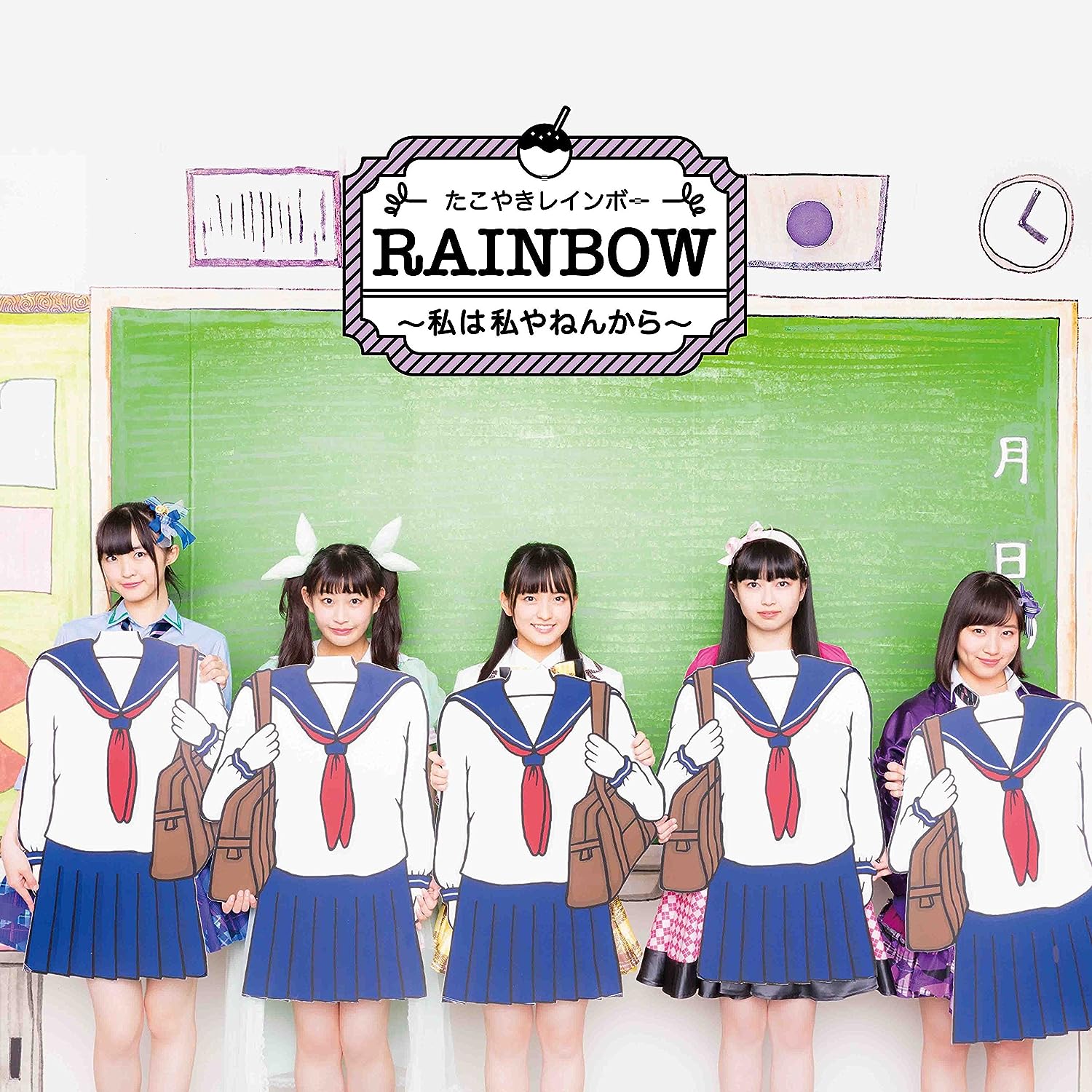 The guitars keep coming on the latest release from Malcolm Mask McLaren. “Bordeaux” features a deep, full sound to a wall built from six strings. True to their mission statement, the song remains a melodic piece of hardcore despite the sound. The artificially aged visuals of the promotional video add a bit of nostalgia to “Bordeaux”. Meanwhile, the girls give glimpses of off-shot, behind the scenes footage, and some footage of mone, ai, and nao on the streets and ready for their next shot. “Bordeaux” will hit your favorite CD outlet on May 17, 2017 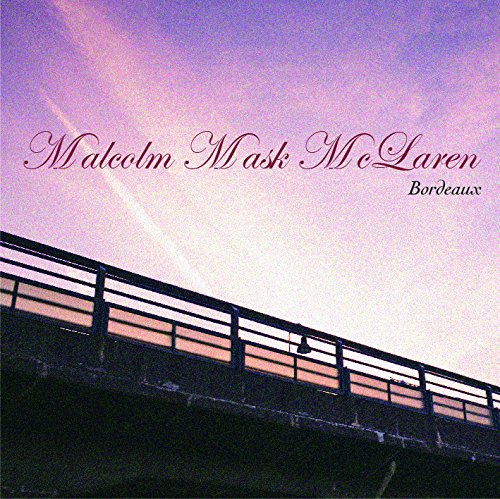