The promotional video of her digital single release, Daoko finds herself entangled with a photographer. “Haikei Goodbye Sayonara” presents itself as an (almost) straightforward pop song with Daoko’s rap turning into singsong. The photography shoot seems to start normally with a detached Daoko sitting for the hairdresser and changing into strapless thing. Just when things turn a bit violent, it becomes clear that things are not exactly as they seem. I’ve always wondered how they managed to get these kinds of photographs, and now I guess I know! Daoko’s digital single “Haikei Goodbye Sayonara” is out now.

I’ve mentioned before that Maison book girl probably gets my artistic sensibilities more than any other idol group, and I’m proven correct again with the group’s promotional video for “sin morning”. Firstly, I never knew how much I missed the analog distortions of a CRT television. As the girls perform their angular, stabbing choreography their picture distorts like my 32″ Magnavox TV on a stormy night. The girls are probably styled better on “sin morning” than I’ve ever seen for the group. Their damp hair accentuates their movements and their bare shoulders and feet add a touch a sensuality to the production. Of course, the music geek in me adores the 5/4 rhythms, but that’s hardly new for Maison book girl. You can catch “sin morning” on the group’s new album “image”, released on April 5, 2017. 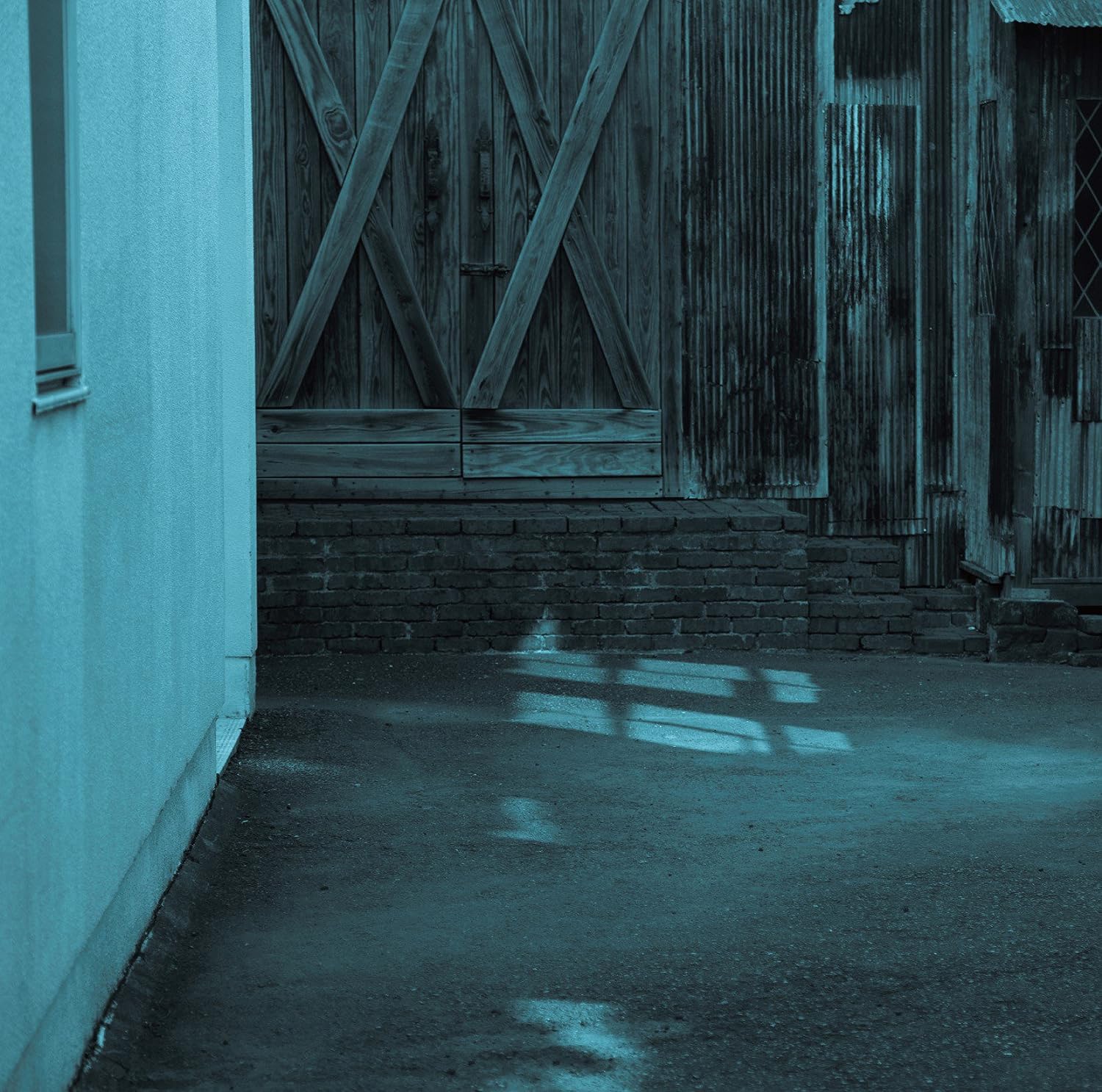 Party Rockets GT start things out with a single camera shot of the group performing their song in outdoor plaza of the Harumi Passenger Ship Terminal with a view of Rainbow Bridge in the distance. Just when you think the entire promotional video will be a single camera affair, the camera zooms into the formation to give us some better close-ups of the girls. “START!!” plays with a a more uptempo rock arrangement than its predecessor, “Time of Your Life“. The great balance of voices in the groups lends itself nicely to the melodic lines traded between the girls. As for variety of shots, the PV features some drone work that has the camera zoom in and out of the girls and over the water. There’s even a small selection of shots of the girls in plain clothes presumably before their performance. You can buy “START!!” when it reaches stores on May 17, 2017. 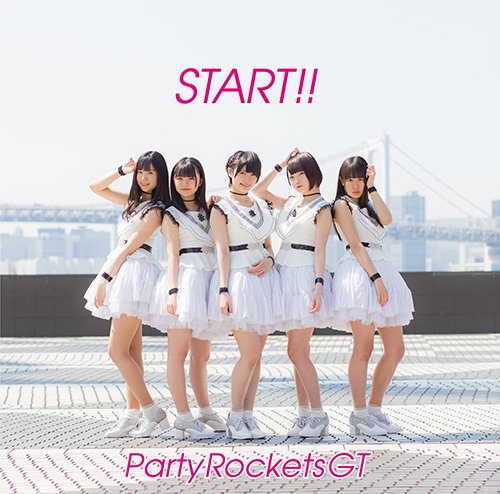 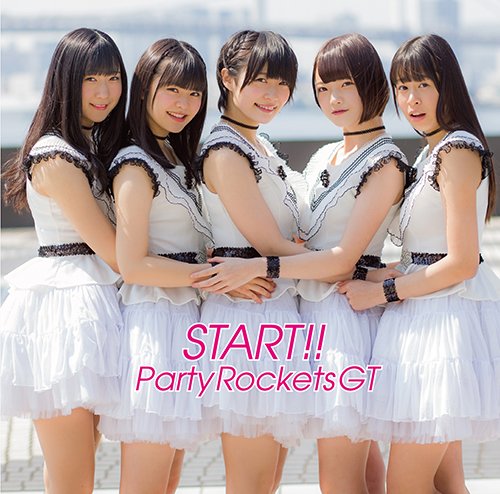 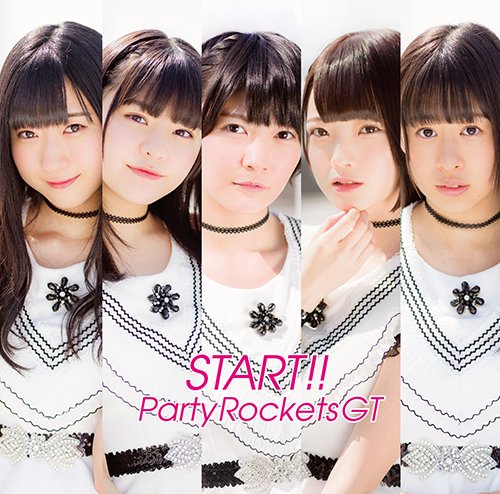 This second of two projects from Lyrical School finishes off the afterschool activities. To recap, the group broke into two teams to write and record their rhymes, film a promotional video, and edit the whole thing together. For “Houkago Rap”, the girls use the power of apps to create a 2 minute Snap (more or less). The results are probably cuter than its sister project “Sayonara Sunset”, although perhaps less creative. Which of these two projects did you most enjoy? Either way, let’s get some page views for these talented girls.

In this first of two projects, Lyrical School presents a short PV that nonetheless delights. The group broke into two teams to write and record their rhymes, film a promotional video, and edit the whole thing together. For “Sayonara Sunset” we see some neat stop motion animation of the girls floating through the springtime city. The song fills a bit fuller than its twin “Houkago Rap”, although perhaps a bit more repetitive in nature? Considering they did this by themselves, Lyrical School did a great job. We should reward them with some views, shouldn’t wee? 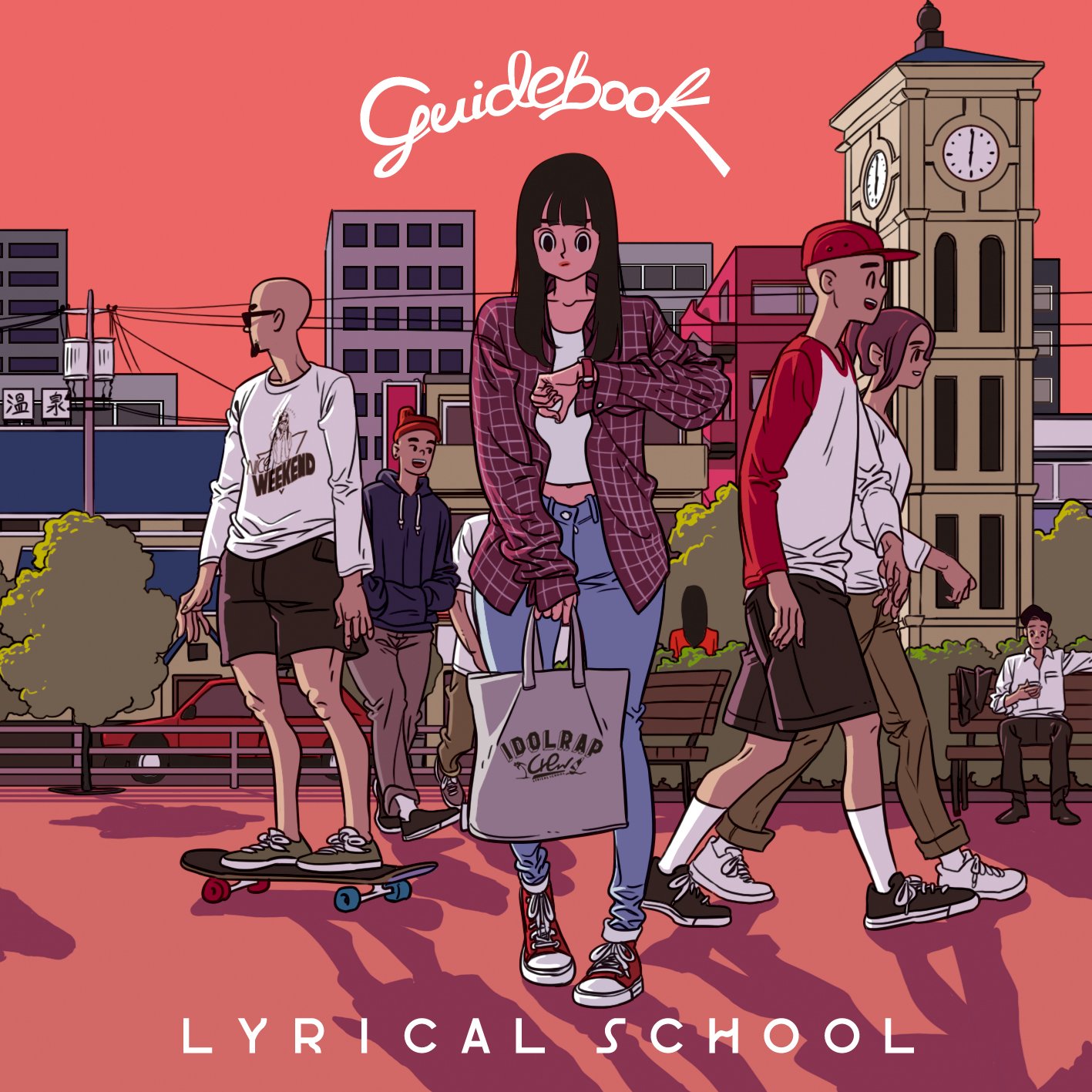 ROSARIO+CROSS continues to improve their product with their fifth release “Seishun Call Me”. In particular, their choreography looks incredibly sharp on this promotional video. ROSARIO+CROSS seems perpetually in motion- no breaks for these girls through this athletic looking dance. Since this PV is about 80% dance shot, their solid performance is definitely a good thing. Not that there are no other scenes. The girls also pair up for some vignettes that mostly add up to the girls doing cute things. “Seishun Call Me” the song strikes me most in the chorus when an already cheering melody lifts up even higher, bringing the listener to another elated plane of existence. As a listener, I can tell you that I seem to be perpetually looking forward to the next ROSARIO+CROSS release, and I’m not disappointed in the least. You can buy “Seishun Call Me” in stores on May 8, 2017. 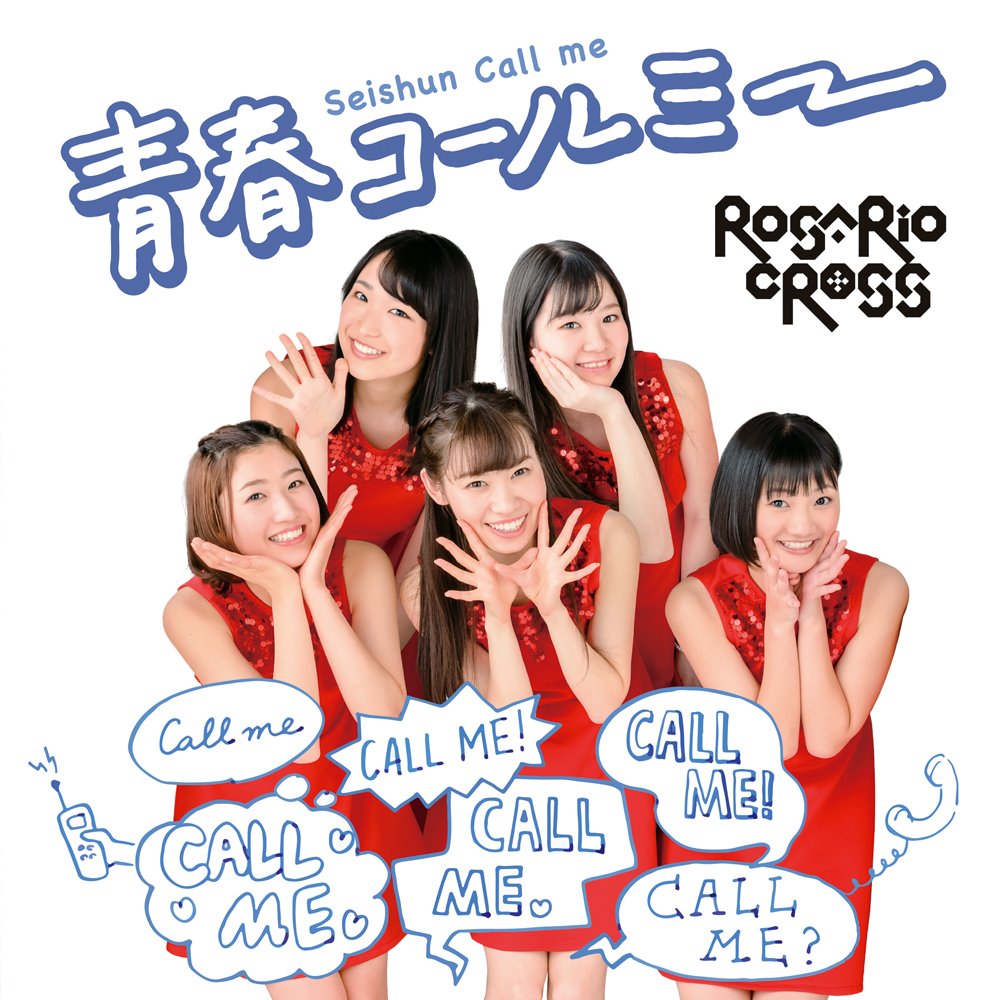 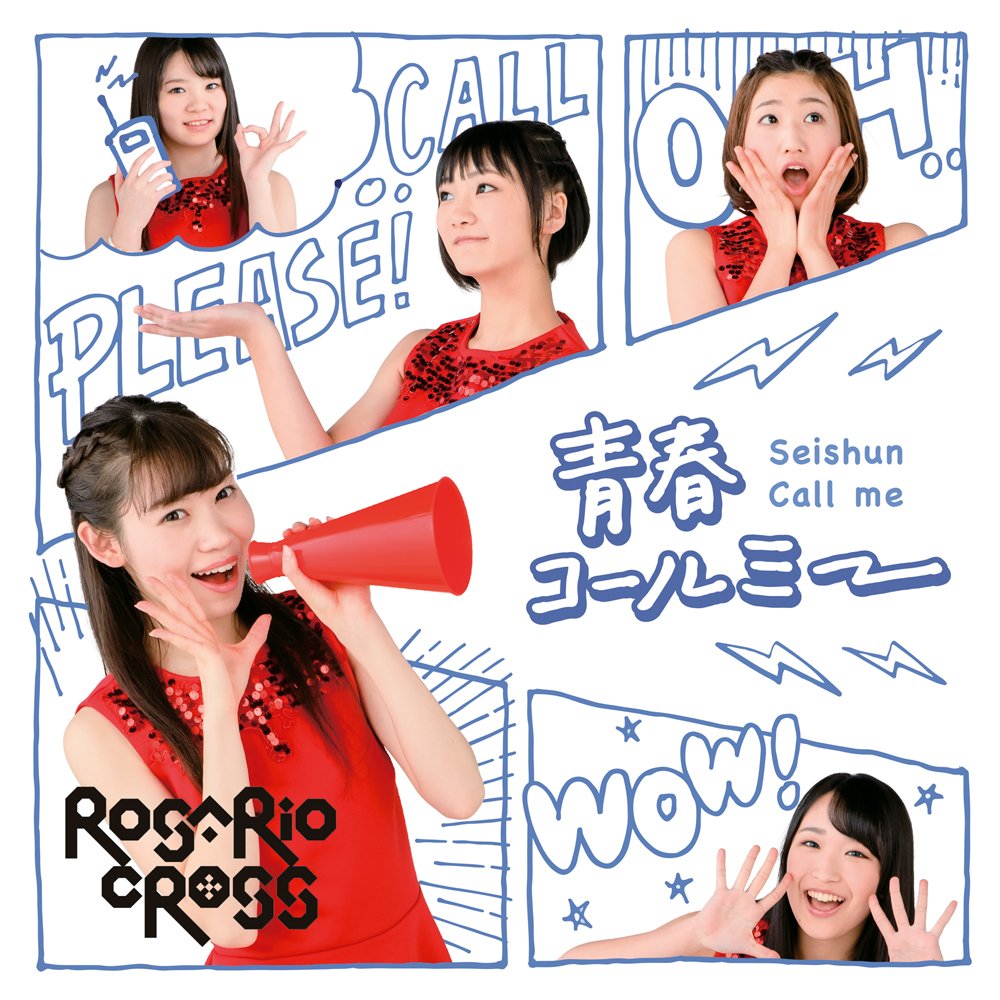 If you’re not familiar with the concept of KNU, then it’ll probably take you one viewing of “Doki ga Munemune ~2 Kaime no Hatsukoi~” to get you up to speed. As much as I hate putting the oppai-idols thing out there, it’s a bit difficult to avoid. The choreography is probably not the sharpest thing you’ve ever seen today, and the vocals probably won’t send you to the karaoke box frustrated. But KNU does give us a very spirited single that has its pop merits. Truthfully, this is a solid single. Uptempo and cheery, “Doki ga Munemune ~2 Kaime no Hatsukoi~” is probably only guilty of blasting out your eardrums with seemingly every sound way up in the mix. Of course, the girls are pretty and won’t offend your sensibilities as you cheer for them to redeem themselves as women beyond just their body parts. “Doki ga Munemune ~2 Kaime no Hatsukoi~” hits the shelves of April 28, 2017. 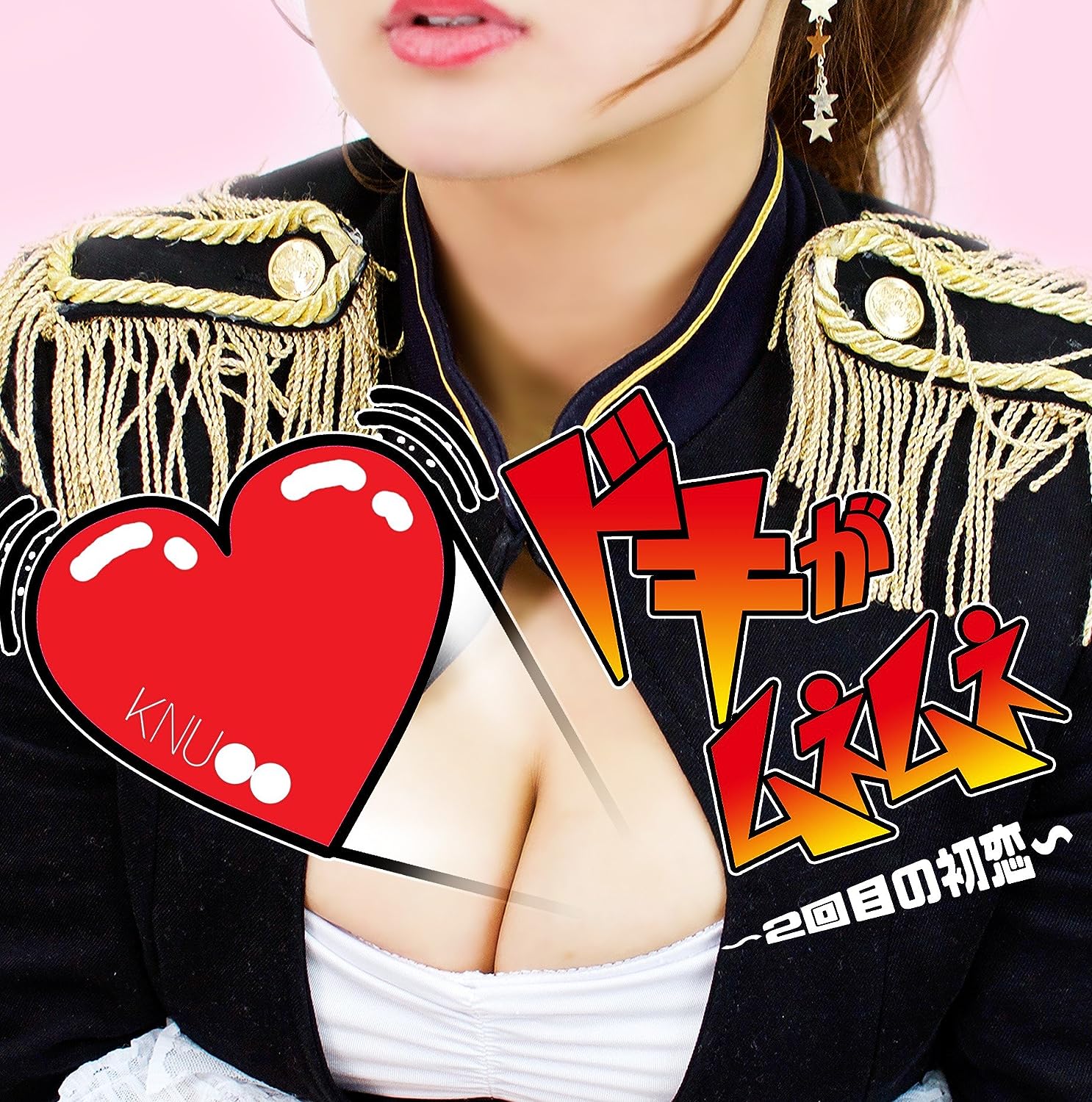 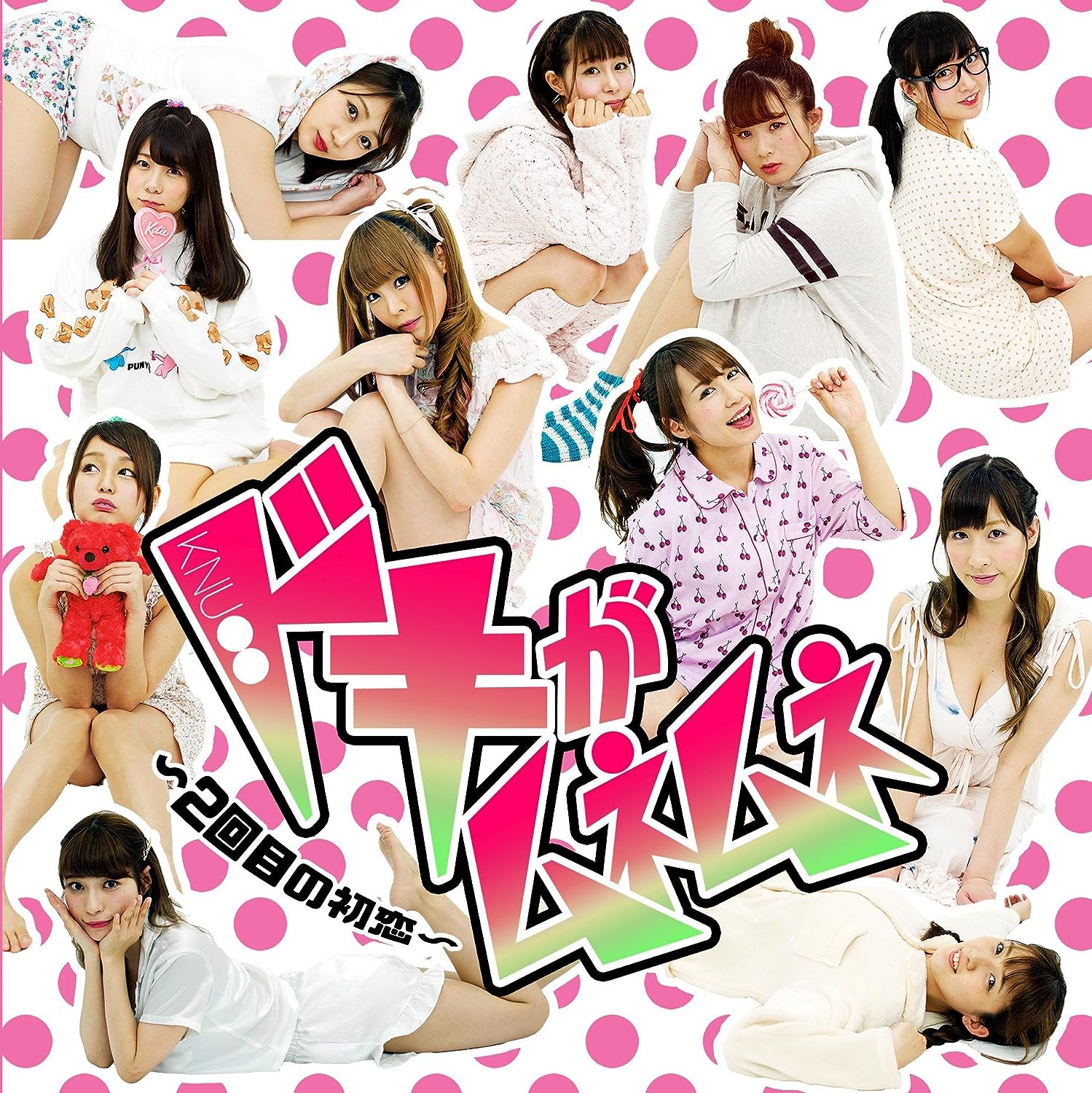 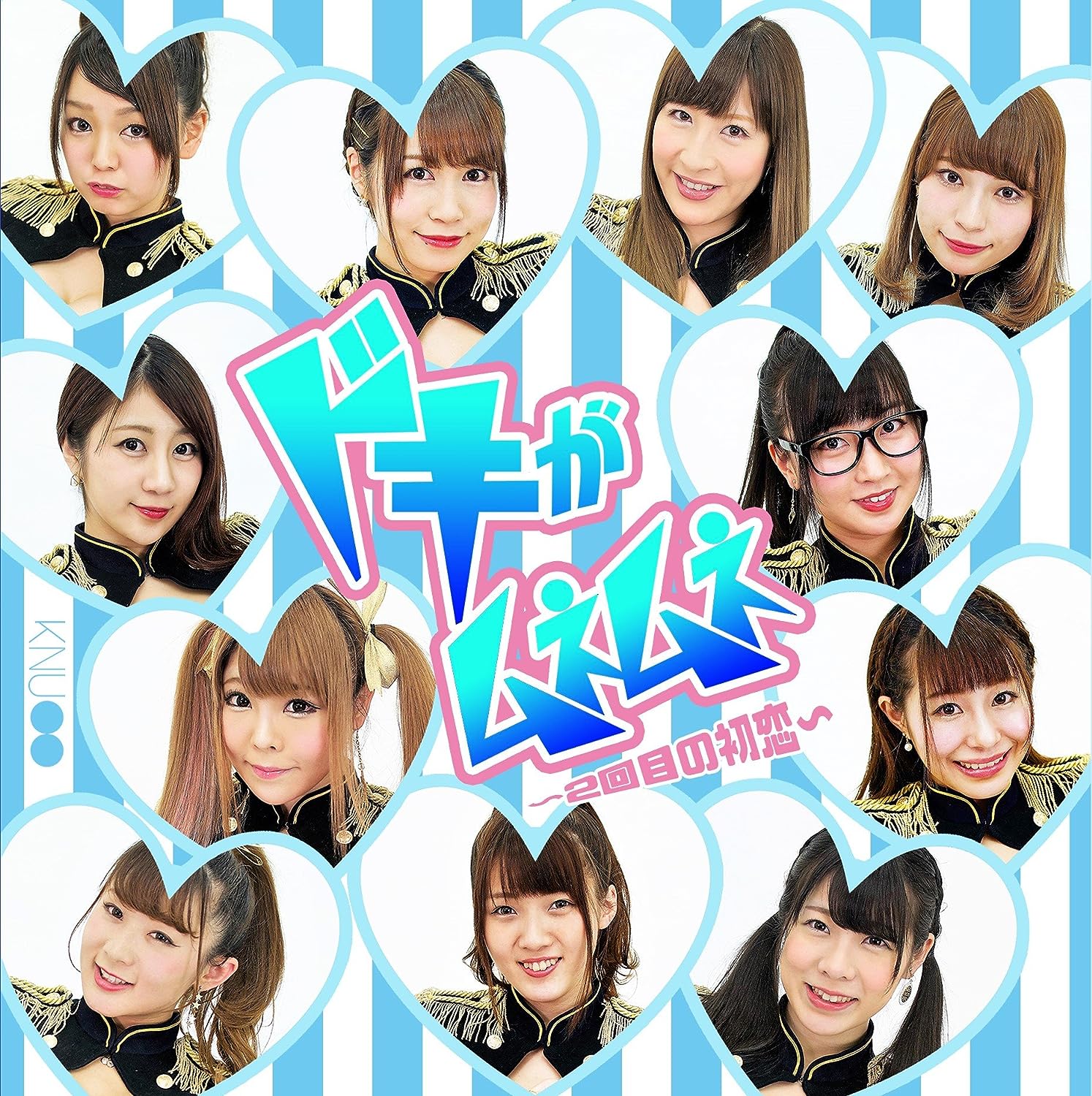 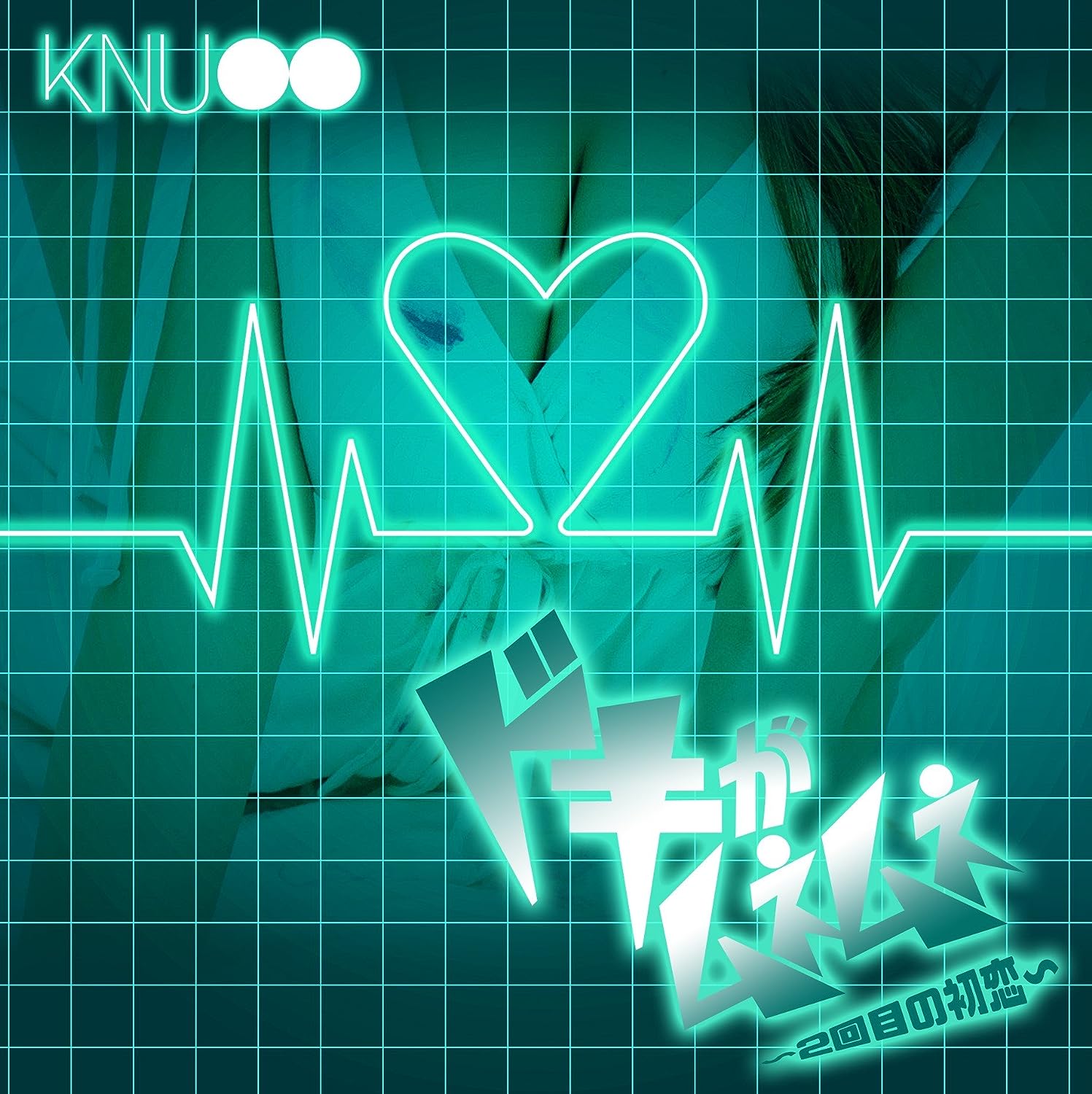 With a name like AnimalBeast, you would expect some ferociousness- maybe some claws and fangs. Well, AnimalBeast the idols put up a nice face with “To Bear Flowers” from their forthcoming “Animal Park of Story”. Squarely midtempo, “To Bear Flowers” is pleasant all around: white costumes with fuzzy pompoms for animal ears and tails, vines and tropical plants, and eye-pleasing soft light fill the set. “To Bear Flowers” is docile, somesticated, but still cute. If you’re not immediately turned off by the softer side of idols, I have a feeling you’ll enjoy AnimalBeast when they release “Animal Park of Story” on May 10, 2017. 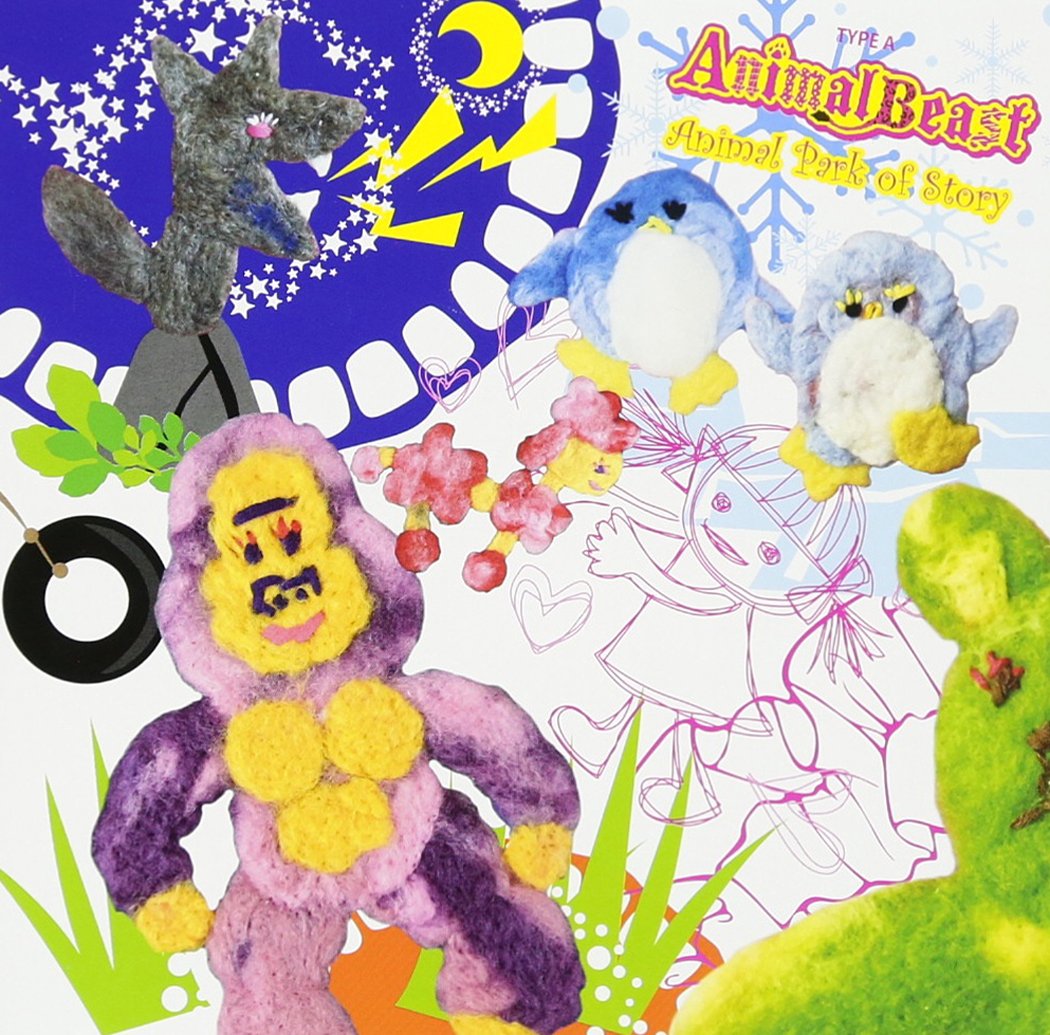 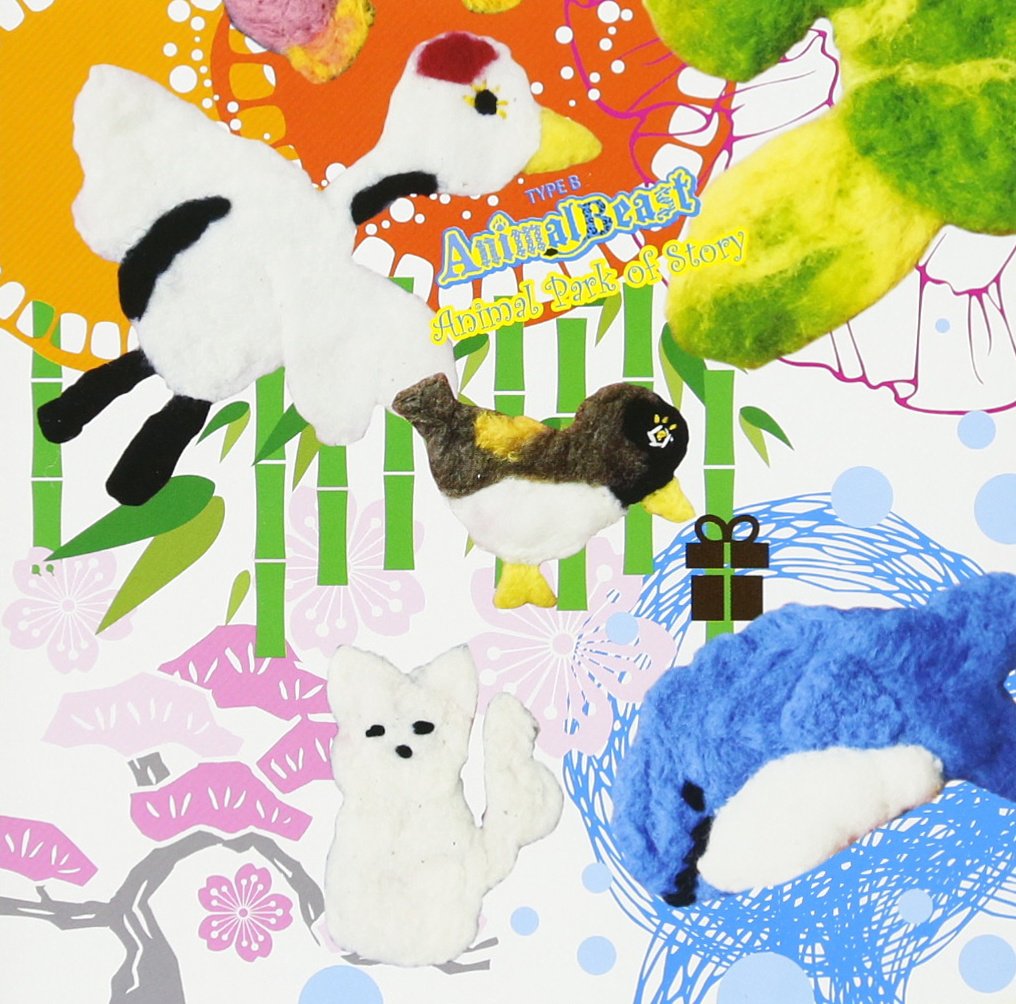 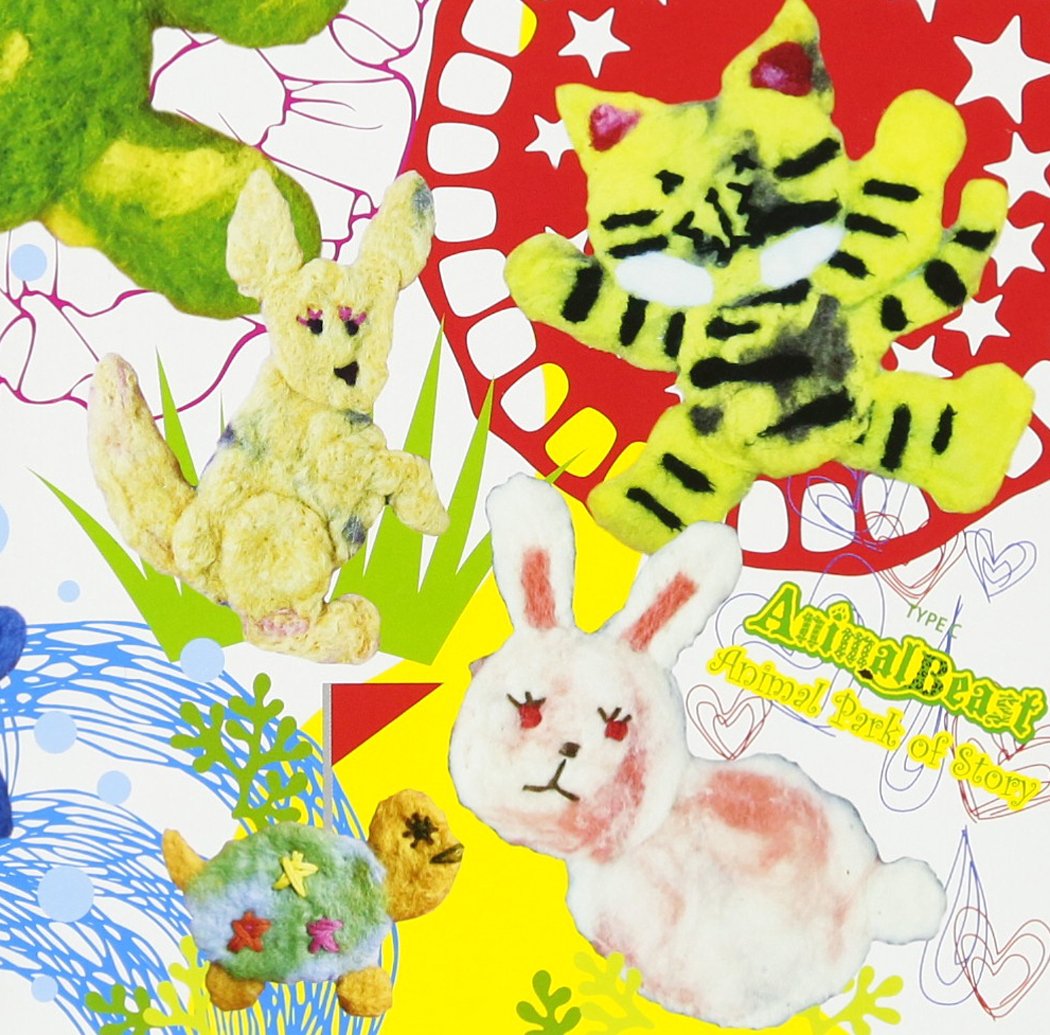