℃-ute is going to disband on June 12, 2017. But before they do, I’m going to run through all of the group’s promotional videos for you. The promotional videos on this installment are for some of the less well-received singles from the group (well, at least for me). Actually, they’re not all that bad. Not-so-coincidentally, this certain time period was probably the lowest point of interest for my personal Hello! Project fandom. Well, enough about me …

Honestly, I have nothing but good things to say about this song. “Shochuu Omimai Moushiagamasu” was a brilliant light for the ℃-ute during this stage of their career. I remember this came out right around summer time, and the images of the girls enjoying themselves at the beach with that watermelon set the mood for a great vacation. I love the red and white outfits- eyecatching and cute. The end bit with the girls delivering letters to mail box was thought to be the girls sending messages to Arihara Kanna, currently taking a medical leave for bunions. Well, that was a nice thought but we all know how Kanna’s leave turned out …

We’ve reached the place where we say goodby to Umeda Erika. “EVERDAY Zekkouchou!!” seems like as logical a place for her to step off as any: the song is cheerful and bright much like Erika’s personality. The platform still shines mirror-like on the rooftop reflecting the clouds and patches of blue for this dance shot. Watching this here now, I’me struck by how great the girls look with these outfits. The choreography also looks much sharper than I remember. This last single for Erika never became one of my favorites, although I don’t dislike it.

To me, “SHOCK! ” mainly stands out as the first release under the group’s final lineup of girls. Listening to it now, “SHOCK!” really sounds like it should have been credited as “Suzuki Airi featuring ℃-ute” Or maybe, “SHOCK! We gave all of your lines to Airi!” Well, no use in complaining now: the song ultimately proves itself forgettable.

This album track from “Shocking 5” probably doesn’t win many awards. I’m sure we’ve all seen album track PVs with more creativity and production that “Shigatsu Sengen”. To be honest, the ugly gray walls combined with the outfits makes the group look a bit like zoo keepers behind the lion attraction just before park opening. At least the song is a pleasant listen.

When I was preparing for this series of articles, I found myself looking forward to seeing “Campus Life ~Umarete Kite Yokatta”. I think this release puts the group solidly into their transitional phase. For the first time, ℃-ute performs a song more adult in theme and they actually look like they fit the bill, more or less. I’m down with those pink school blazers and ties. I’m down with the scenes o the girls fooling around on campus. I’m down with the tennis court choreography and those Elaine Benes kicks. Charming and catchy, “Campus Life ~Umarete Kite Yokatta” is a great way to end today’s backward glance at ℃-ute. 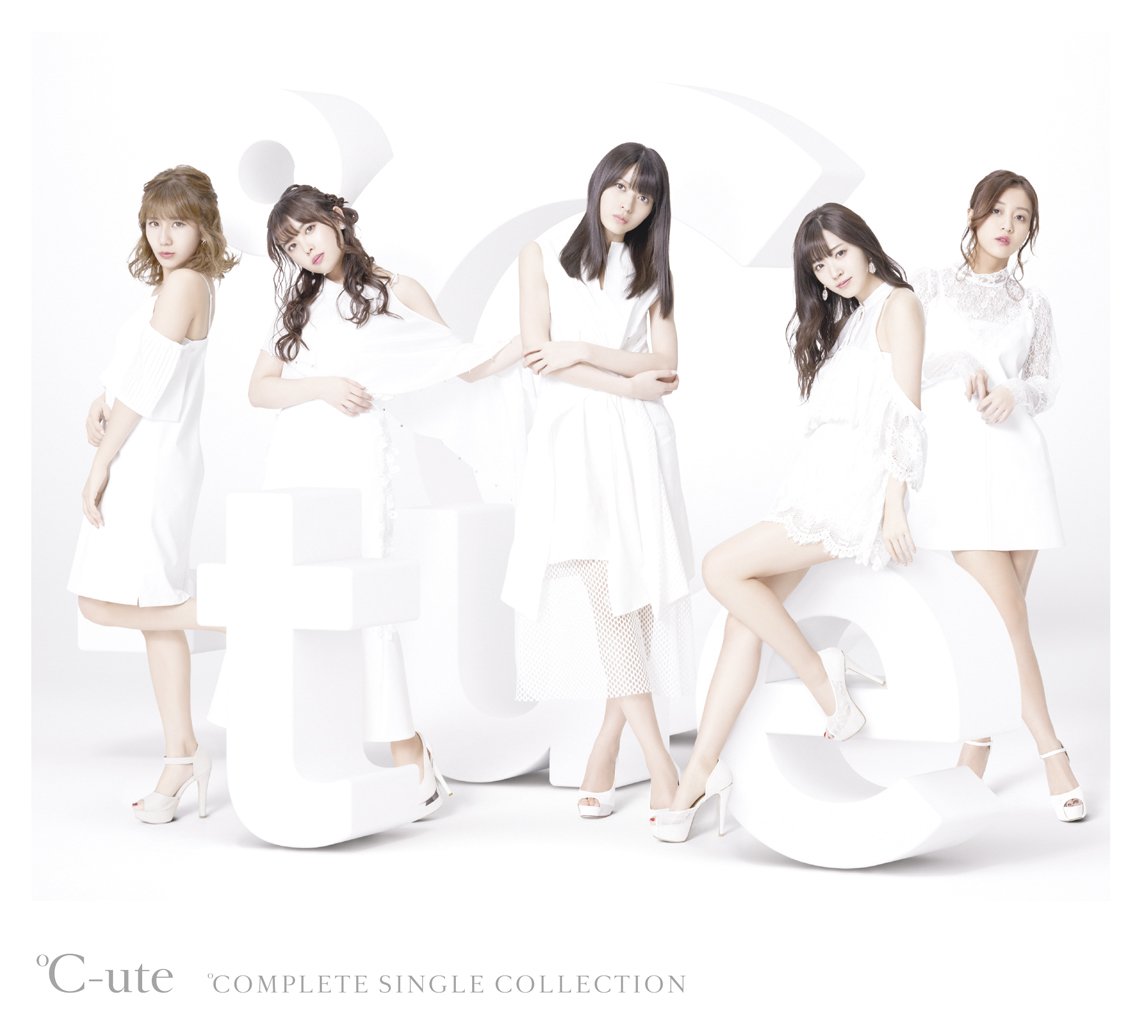