This week, we come back with a vengeance with Promotional videos from:

In this “new” promotional video alert, we have the a-side to Band Janaimon’s latest single, “METAMORISER”. With the new single, you get the band arrangement, you get peppy melodies, you get fun dances, and you get Band Janaimon! in some great color-keyed traditional inspired costumes. The PV builds up from outdoor shots of the group doing their thing in a field, to heart-shaped sparklers, and to the inevitable explosion. “METAMORISER” went on sale on May 17, and you can get your own copy by following the links below. 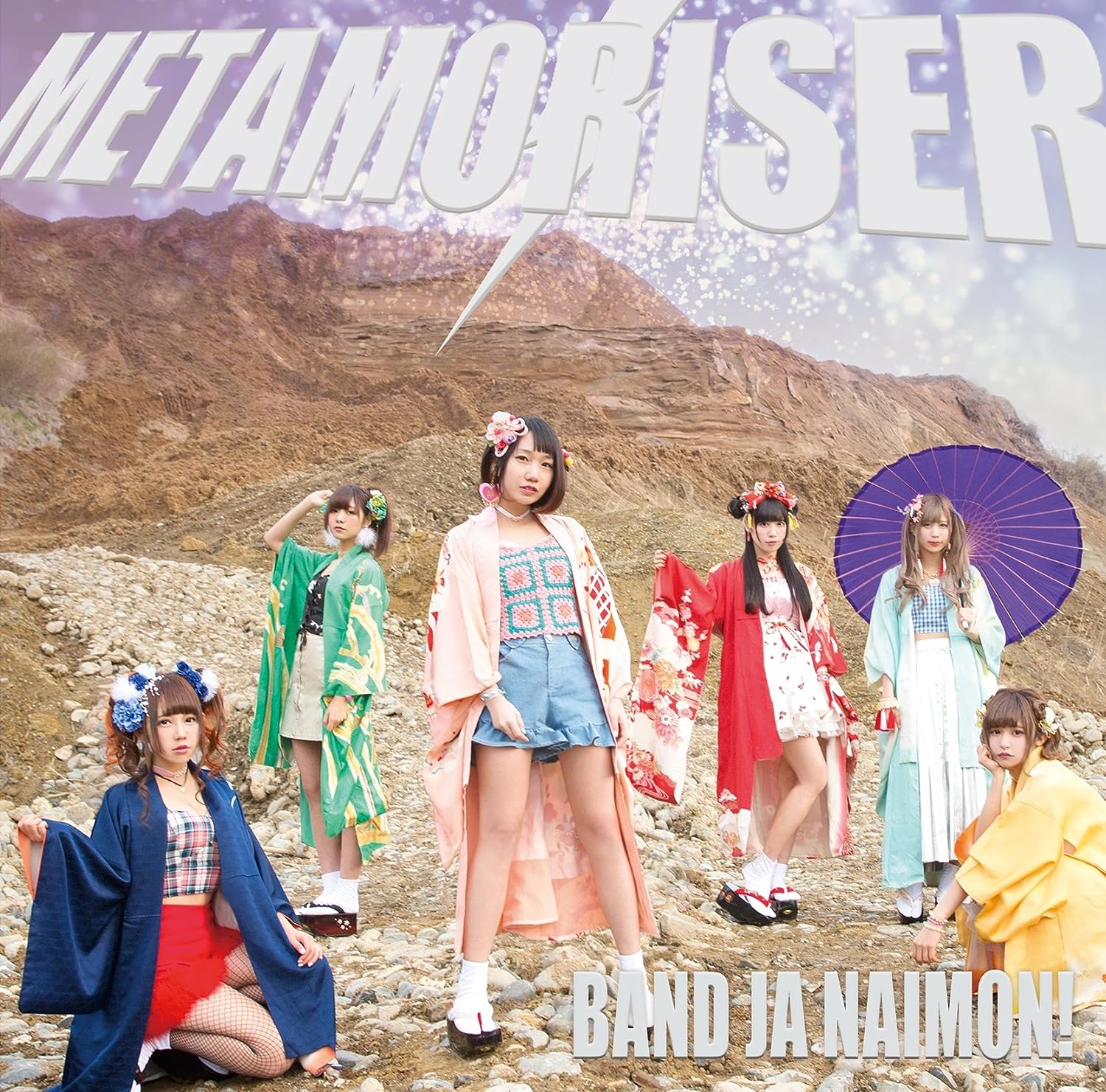 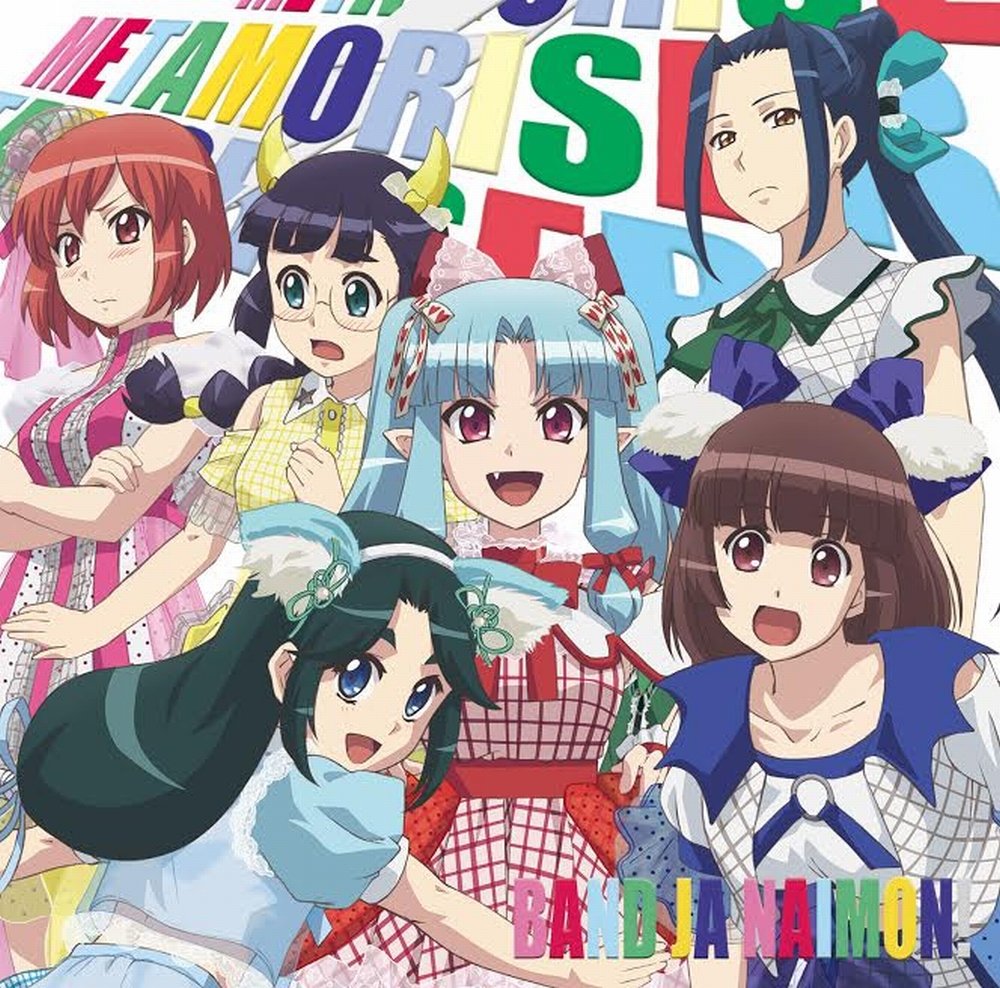 The latest Satoyama movement single puts ANGERME’s Kamikokuryo Moe together with Morning Musume ’17’s Ishida Ayumi, ℃-ute’s Nakajima Saki, and Juice=Juice’s Kanazawa Tomoko. Keeping with the reverse flow of Satoyama movement, “Furusato no Yume” tells the feelings of returning to one’s hometown (presumably after a flight to Tokyo). I love these Satoyama / Satoumi singles. Not only do we get an unlikely combination of girls from Hello! Project, we get a song that is somewhat free from the commercial demands of a true H!P release. Sometimes that means a bit of experimentation. Sometimes, like with “Furusato no Yume”, we get a song that might be deemed “too pleasant” to make a true impact. Yes, the song is mid-tempo and a bit on the saccharine side, but I think the sweet melody satisfies a craving that I have for this kind of pop. Even if the song doesn’t grab you like it grabs me, you can still enjoy the scenes of these girls in the beauty of rural Japan. 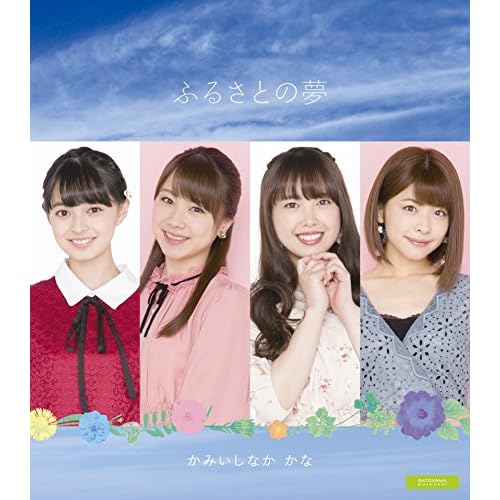 From their venue only single “Tambourine Ring Ring“, Rock A Japonica releases a dance version promotional video for the coupling track “SPARKLE TOUR!!”. I know I’m a bit surprised since the current tour is titled “4th Tour ~Revenge for 1000~”. I’ll get over that. “SPARKLE TOUR!!” really does shine with its well-executed choreography and catchy melodies. Even with just white tour shirts, the girls stand out with the strawberry inspired skirts. To tell the truth, I will take this kind of dance shot video over some of those warmed-over PV ideas any day of the week.

The live version for “Furuete Yomigaere” busted out today, and it’s a thing to behold. Firstly, I love these stage outfits. Well-cut and flattering with fluorescent green accents, Yurumerumo! give an impression that’s more “badass” than “idol”. The girls play in front of an expert sounding group of musicians who handle the noise and odd rhythms easily. Speaking of that noise, Ano grabs her guitar and adds her own flavor to the sonic dissonance (you know I’m onboard for that!). What an excellent performance! Judging by the coda, we’re gonna see a few more of these live videos before long, too. 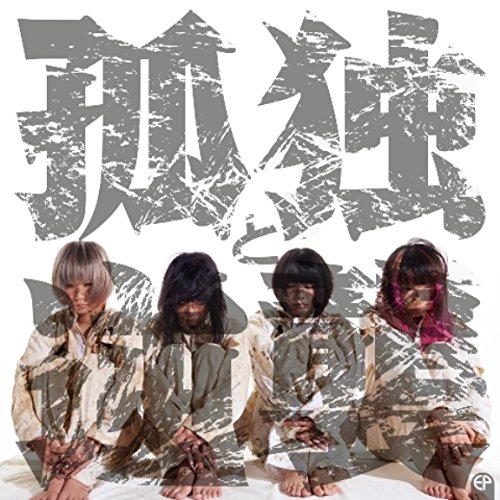 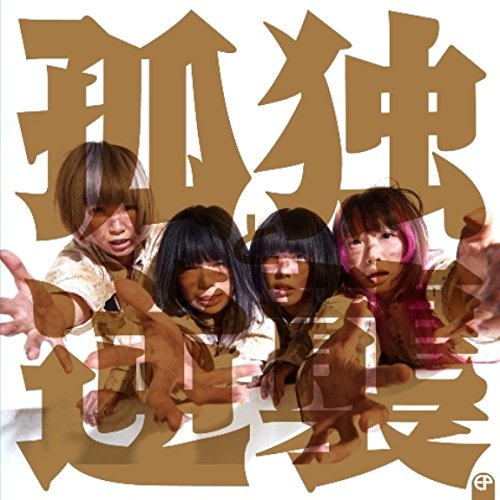 You might ask, “Wasn’t the actual promotional video for this song enough?” Well, no! Not when you have a great idea, that is. During Fullfull☆Pocket’s April 20 live at Akiba Cultures Theater, the group seem to have asked everyone to record this track from their debut single and send them the footage. So, this version of that great song “Ryuusei Flashback” is cut from fan cameras! As you might expect, you the viewer get multiple perspectives of the performance and some interesting angles of the girls. If you don’t find that entertaining enough, well the song is a great catchy number. Fullfull☆Pocket give a great performance highlighted by an acapella opening with harmonizing vocals. All told, I can’t wait for the next single from this group. 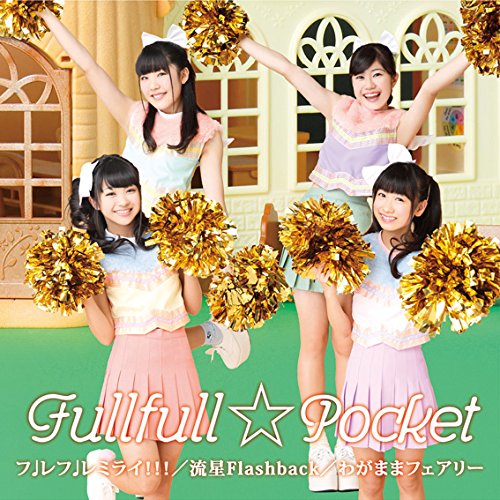 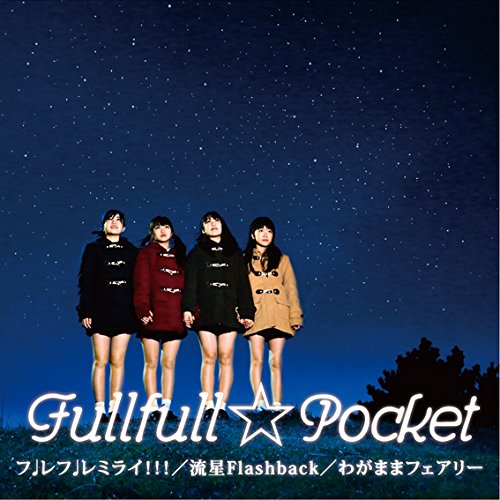 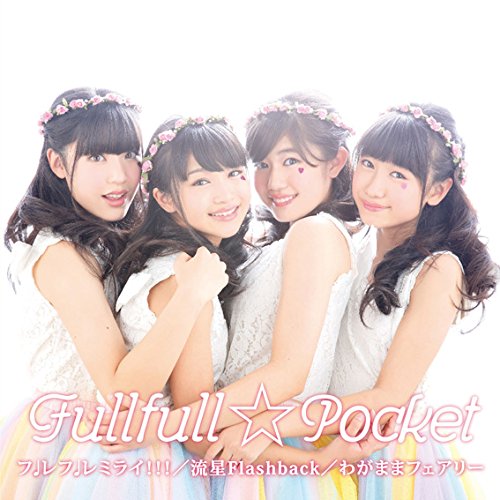 DEAR KISS come back at ya with an intense live promotional video. “Love or Hate” really kicks the group into fourth gear with an insistent guitar driven dance beat. Not to be buried under the metal axe-play, the girls definitely give their all for this performance. You’ll also notice a few breakdown rhythms adding great cruising speed before the DEAR KISS ramp it up again. It’s a shame I can’t find any links to direct you the studio version of “Love or Hate”, but regardless I’m interested in seeing where the group goes from here.

Tokimeki♡Sendenbu literally leap from the page in their latest promotional video. With a composition by Hyadain, “Do Do Do Do Dreamer” delivers exactly what you would expect given the pedigree. The electro arrangement is fast and energetic with synth horns emphasizing the alliterative vocals. Visually, Tokimeki♡Sendenbu do everything they can to pop out of your computer monitor. The close ups look an inch away from their noses, and the choreography features plenty of punching at the screen. On top of that, the comic book panel motif and other visual effects heighten the 3D illusion. The bottom line here is that “Do Do Do Do Dreamer” will either entertain you greatly, induce seizures, or (possibly) both. So, I’d mark that as a success. 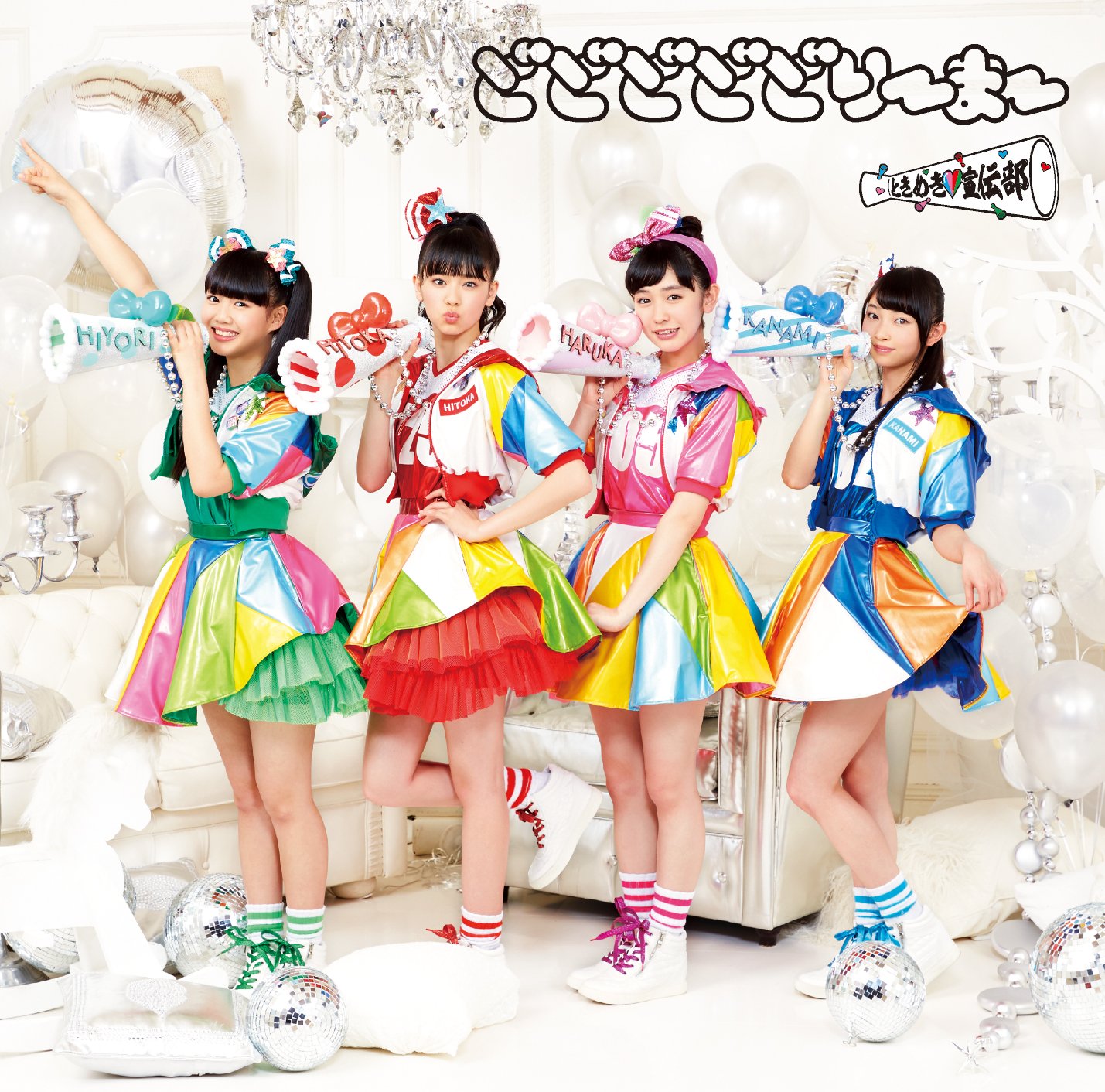 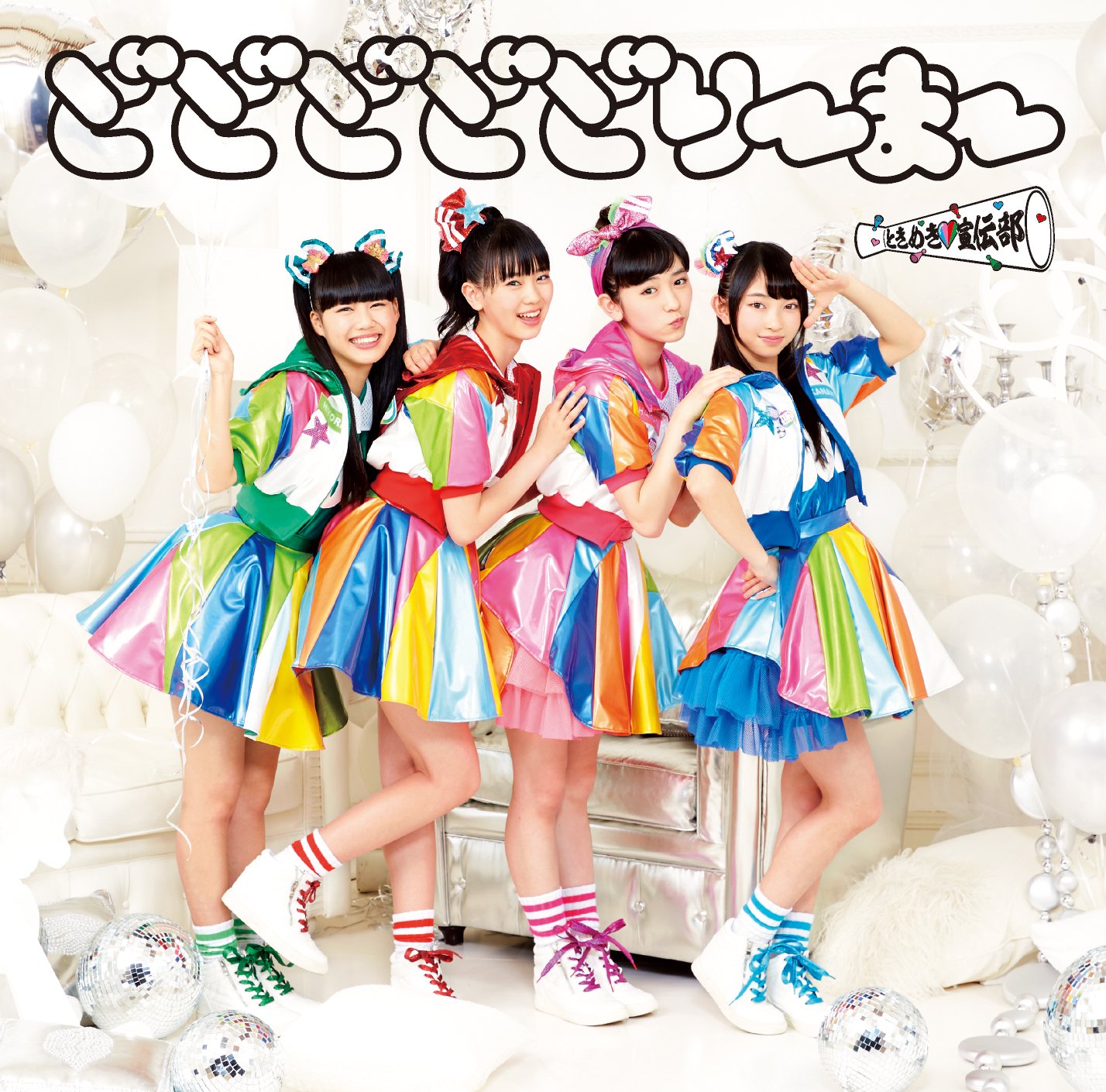 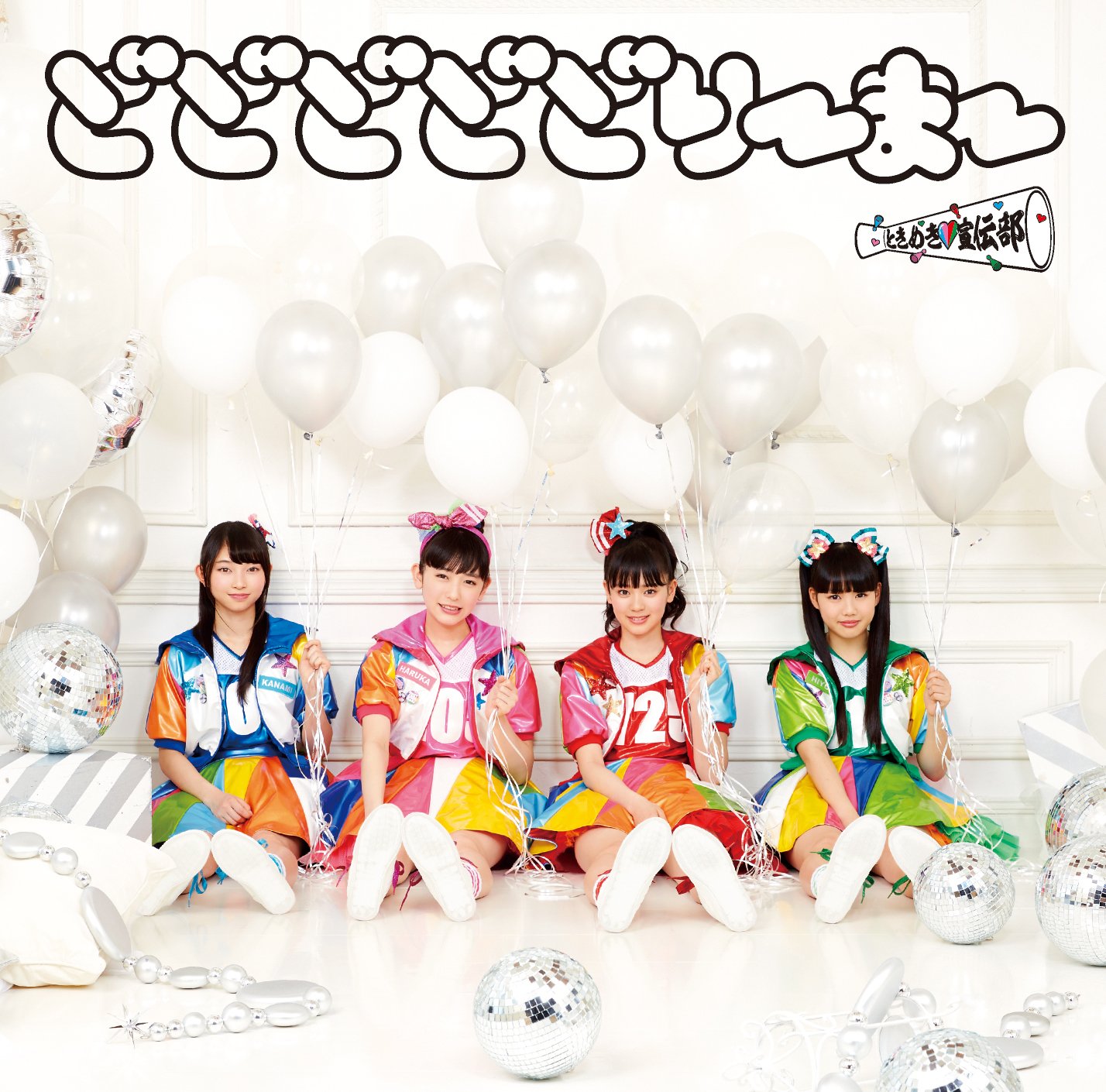 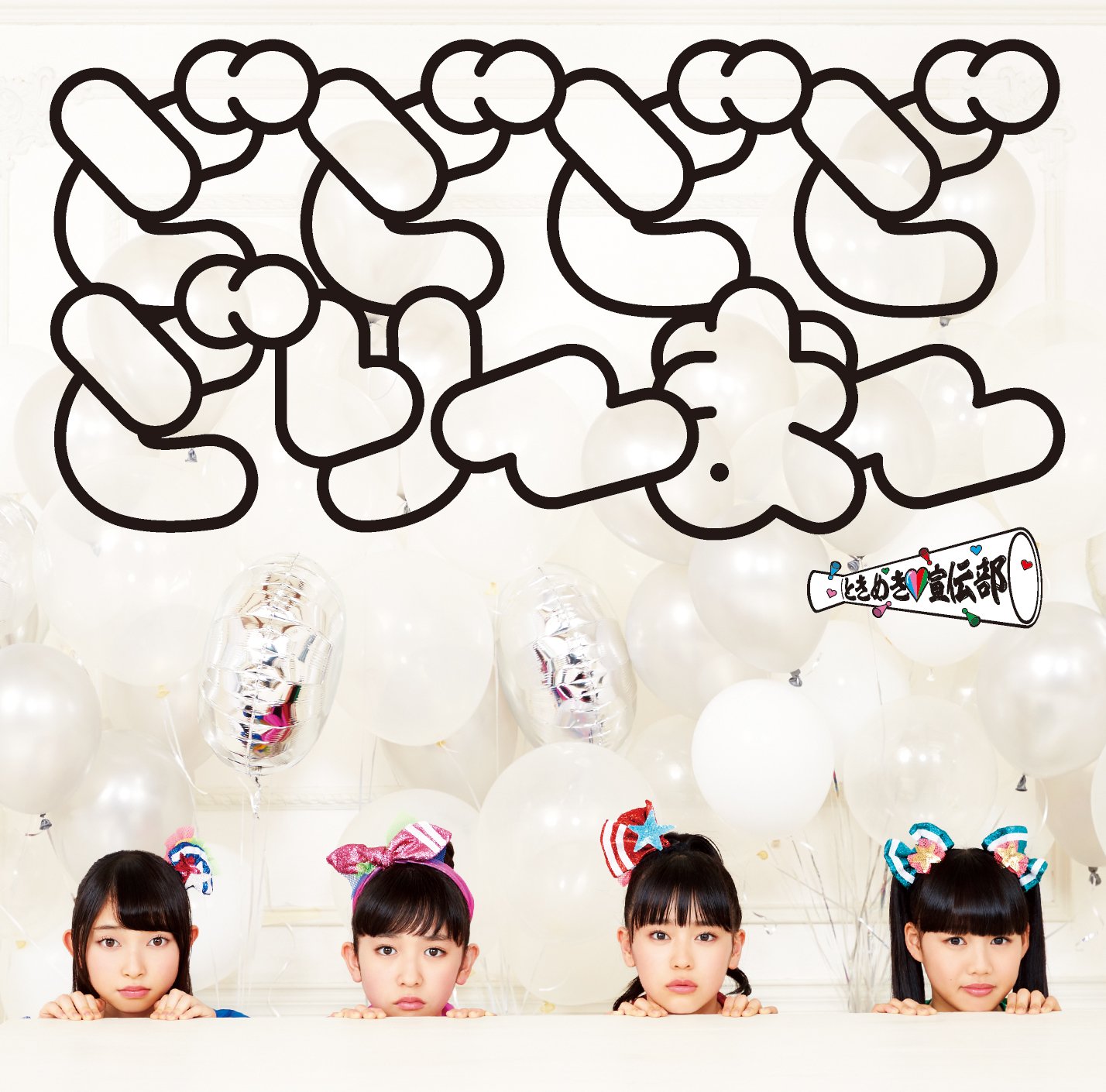 Shounen ga Milk – I Love You

Again, I’m not too sure how well Shounen ga Milk” fits with the rest of the content of New School Kaidan – you might remember my previous lament from the release of “Shinjuku Cinema Connection“. And, even with the group’s connection with Yukueshirezu Tsurezure, I wouldn’t blame you if “I Love You” isn’t idol enough for you. Hell, in the intervening time I even skipped a release from Shounen ga Milk! Well, I’m not skipping this one. Here, we get a more-or-less straight forward offering- guitar leads punctuating lyrics for this quickly paced rock arrangement. The band shots are spiced with Shounen ga Milk’s image on monitors decorated around the live space. The intercut scenes feature a pair in fox masks on a date. If any shot haunts, it will be the one of the fox masks nuzzling under the umbrella as they are sprayed from above by a suited and masked manifestation of the elements. This new version of “Mitsuboshi Restaurant Paul Kara no Shotaijyo” looks like it might be the best version yet. In this live treatment of the 2012 single, the girls perform to a full house. With a set of library books on a background behind them, STARMARIE’s performance looks and sounds impeccable. The band arrangement is a nice touch, and this makes this performance a cut above the rest. By my accounts, this is as good an introduction to STARMARIE as any! 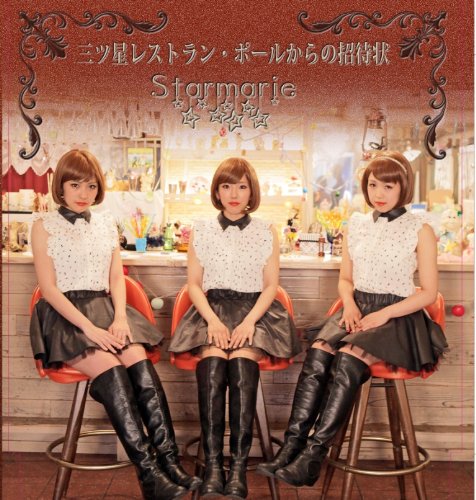 What happens when a credit card company decides to make an idol group from 24 of its employees? Actually, the results are probably better than you expected. Named for the 52nd floor the company occupies at the Tokyo · Higashi Ikebukuro Sunshine 60, Higashi Ikebukuro 52 is a creation of Credit Saison. The crazy idea here seems to be “Hey, let’s take some of our girls, find a songwriter and composer (Takashi Nakahata and Shinya Tada), and make a winning PV”. Even crazier: the idea works! They grey office uniforms land themselves nicely to the simple yet flowing choreography, and the shooting locations around the Ikebukuro Station looks as legitimate as any of the idol PVs that I write about here. The only thing I can’t tell you is where to find a copy of any of the three versions of “Watashi Saison”.

New idol group 81moment give a taste of their single with the short version of “UTAGEI”. Boy, they are not kidding with the short part of this business: this promotional video clocks in at just about 1:10 minutes. With this small amount of marrow to suck, I can tell you that I am somehow drawn to the group’s sound which straddles the territory between conventional idol music and the more “alt” idol scene. “UTAGEI” seems to point more in the traditional idol direction with its upbeat synth leads. I think the real star for 81moment is their costume department that put skirts and bare shoulders together with a decorator crab’s assortment of fabrics and textures. “Utagei / Kiseki wa Sude ni Umareteru” goes on sale May 16, which is just around the corner … right? 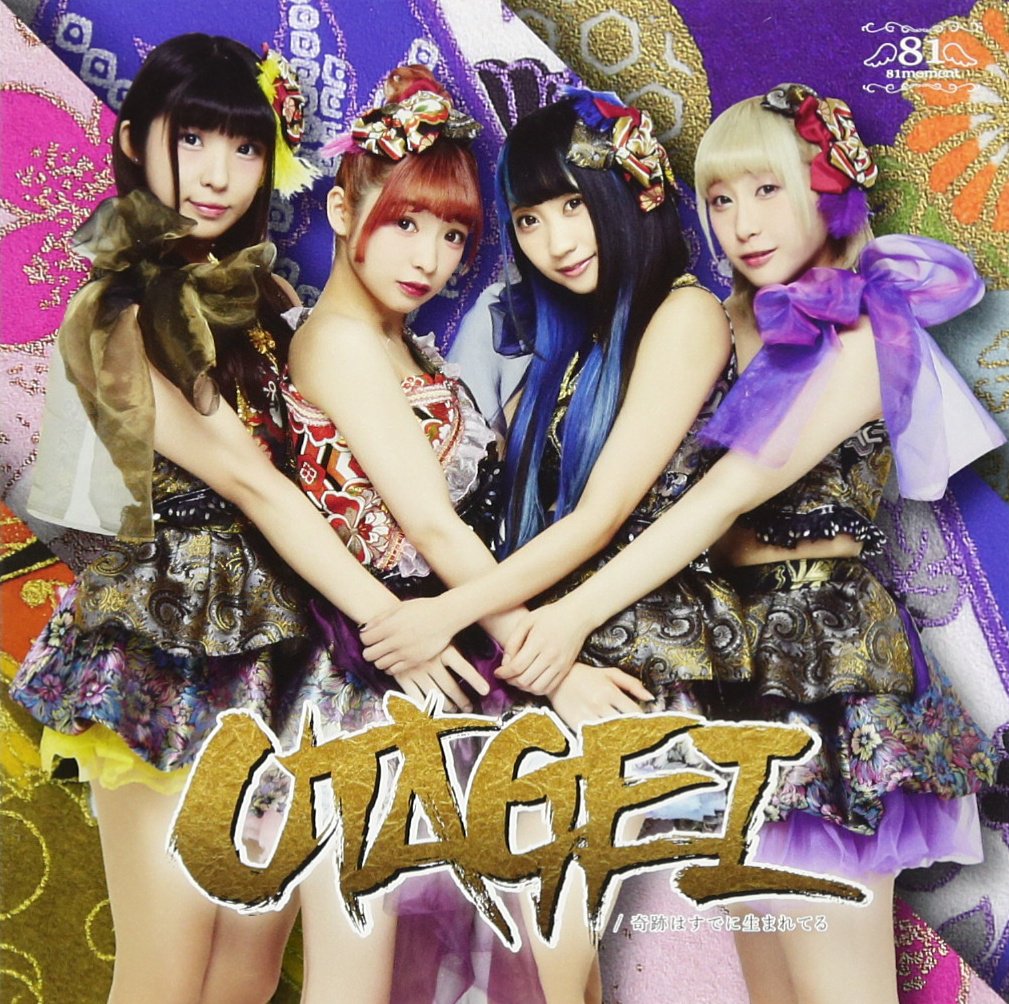 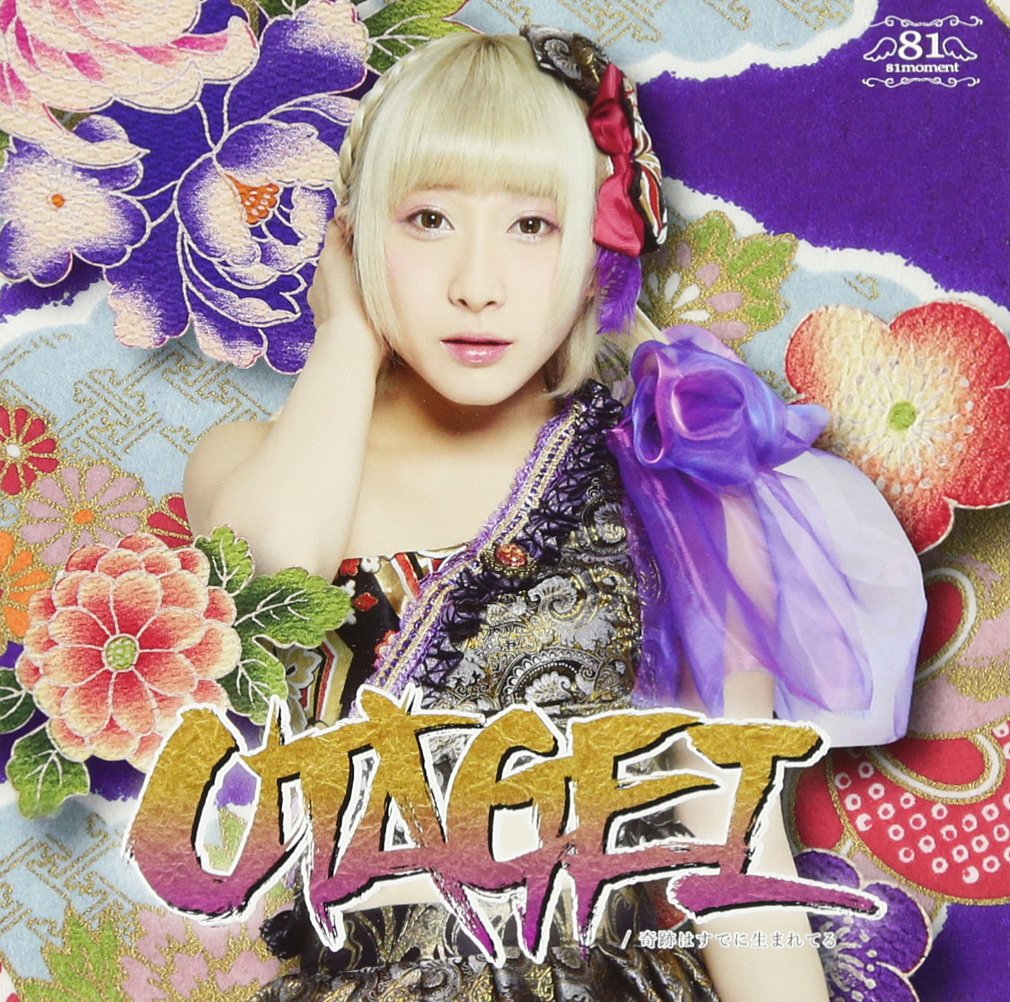 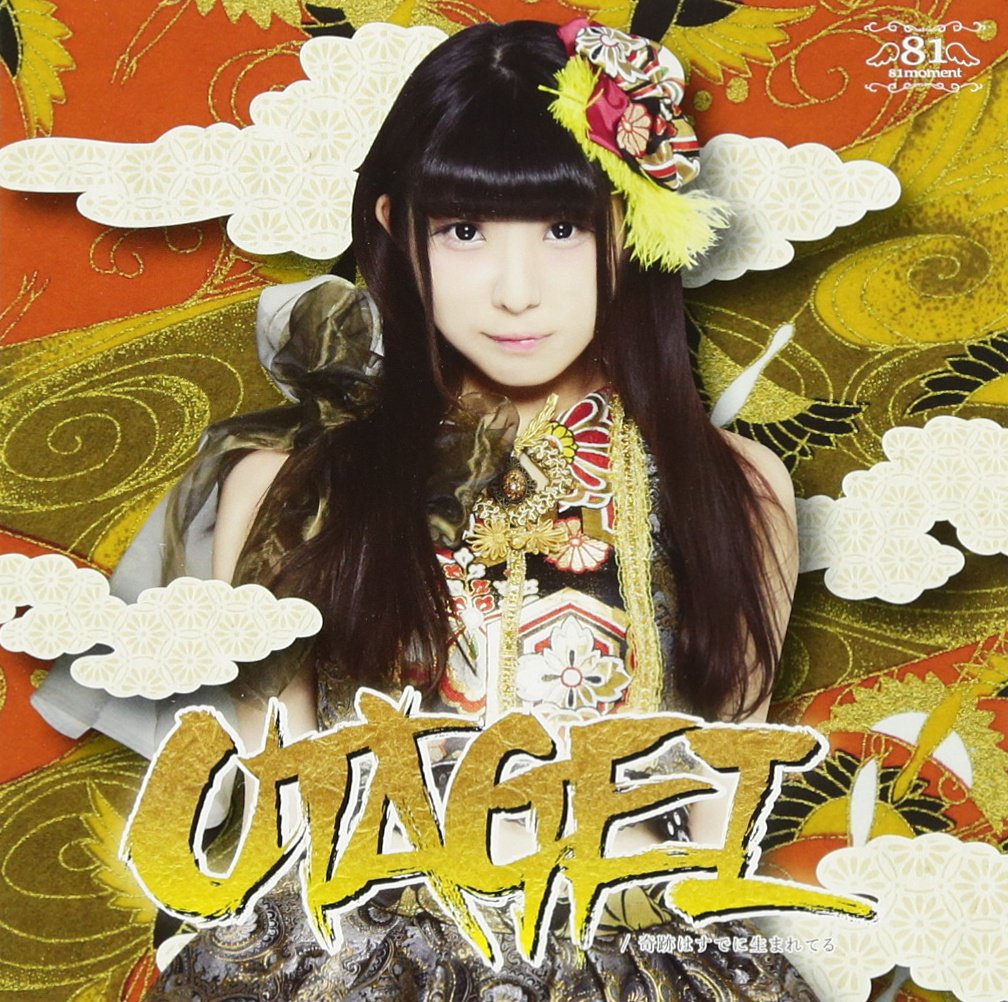 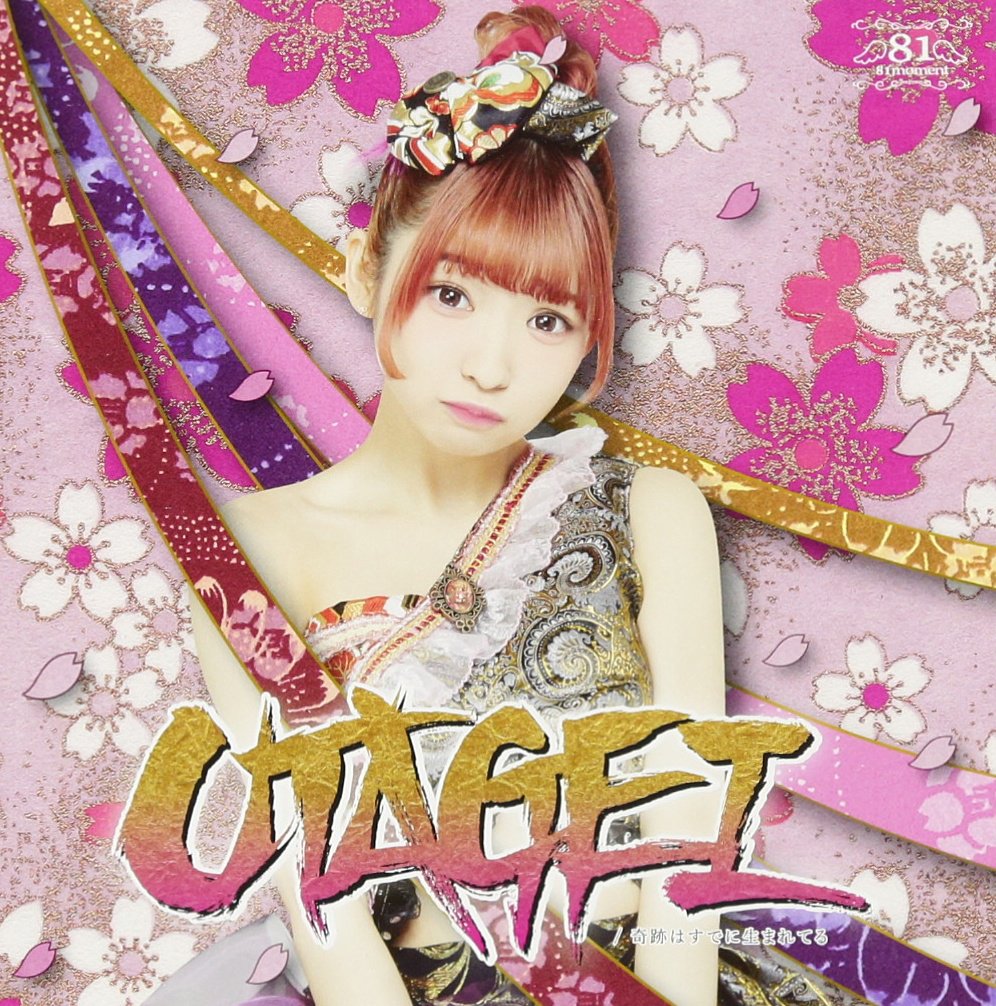 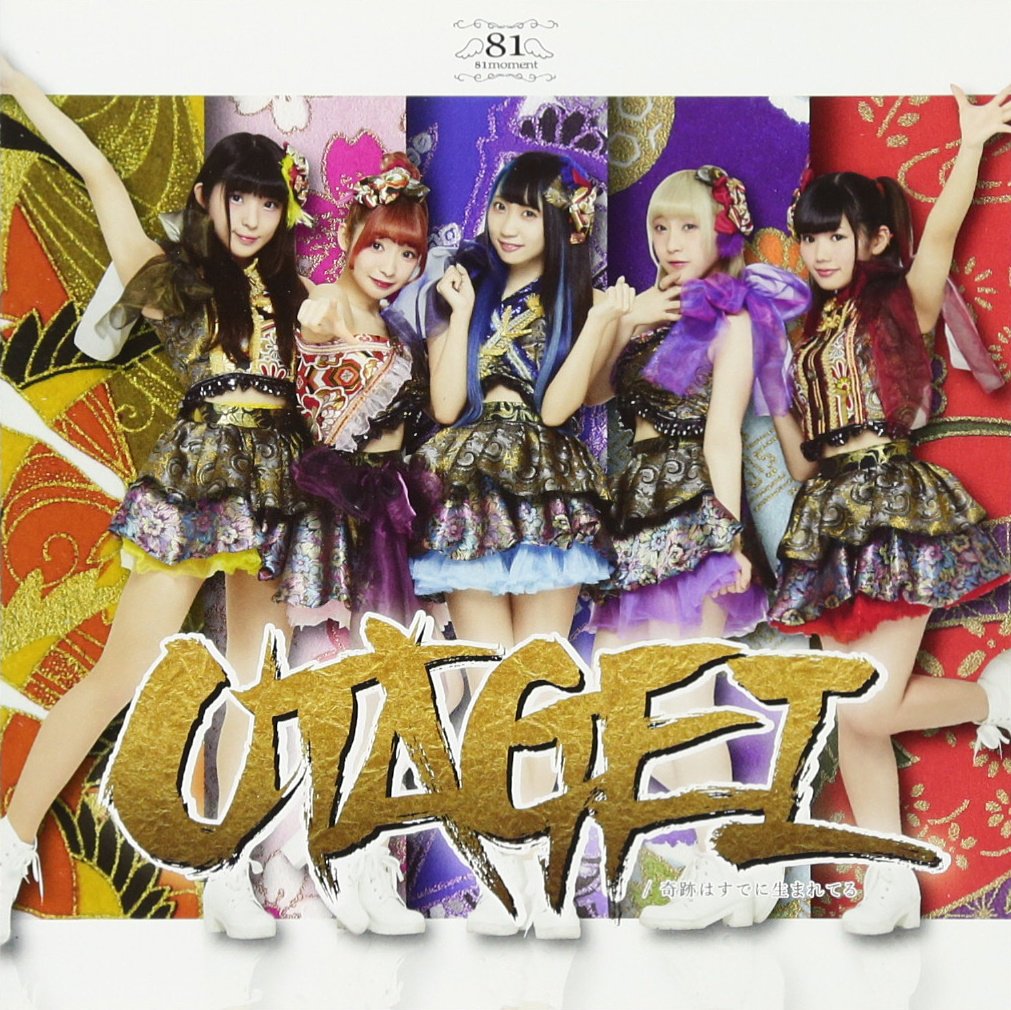